What is it about the geographic extremes of the earth that appeal to us so much as human beings?  Several years ago, while teaching and traveling in India, I visited one of these extreme sites: Kanyakumari, the southern tip of India, where the the Bay of Bengal, the Arabian Sea, and the Indian Ocean converge.  A 3,000-year-old temple marks the site, evidence of the fact that humans have been drawn to this southern extreme for millennia – and all around me were Indian families and Hindu pilgrims, evidence that people are still compelled to make the journey.

Just a few weeks ago, on a Patagonian cruise in the south of Chile, I was fortunate enough to find myself at another southern extreme: Cape Horn, the southern tip of South America, where the Atlantic and Pacific Oceans converge and the Drake Passage begins.

While it is thought that the Yaghan people, an indigenous group that populated the Tierra del Fuego region for approximately 10,000 years, may have reached as far as Cape Horn in their canoes, there is no ancient temple to mark the spot.

There is, however, now a small chapel and a sculpture by modern Chilean sculptor José Balcells.  The sculpture features the silhouette of a wandering albatross, airborne companion of the sailors who have attempted to “round the Horn,” passing through notoriously rough waters, during the past five centuries. 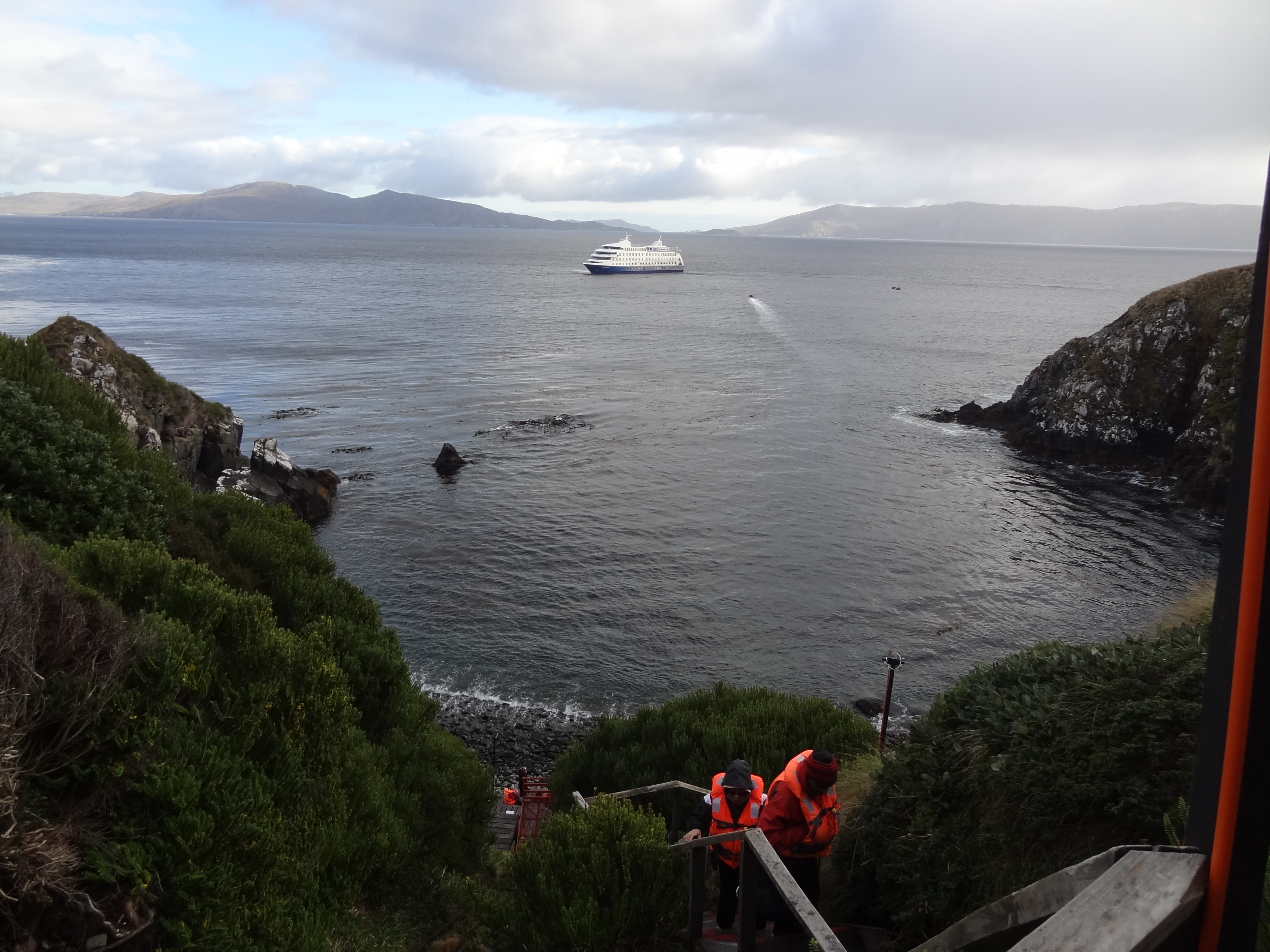 On our visit, the waters were deemed calm enough to let us attempt a landing, so we left the comforts of the Stella Australis and boarded the zodiacs that would take us out toward the Cape.

On a small rocky beach on Hornos Island, the crew laid out a temporary gangway and donned wetsuits, bravely wading into the icy waters to help the passengers disembark.

Our pace quickened as we ascended the wooden path up 160 steps to the top of the barren, windswept isle, motivated on by gusts of wind that nearly took us off our feet and a sudden downpour of cool rain.

The rain calmed to a drizzle as we arrived to the Cape Horn Monument, and the sun peeked from behind the clouds as we peered out over the rocky cliffs being pounded by the turbulent sea below.

This southern extreme is not a common place to visit: only a few vessels regularly make landings here, they only run between September and March, and the landing is never guaranteed, as weather conditions change fast at this latitude.  We felt lucky to have made it.

Cape Horn is an exhilarating and contemplative destination.   Looking out at the Drake Passage, we found ourselves facing the questions that so many explorers at this southernmost extreme have undoubtedly asked:  Where do we go from here?  What’s next?  On to Antarctica?  Or do we heed the implicit warning of the world’s roughest seas and retreat to calmer, warmer waters and bluer skies elsewhere?