I watched La Nana (The Maid) knowing nothing about it or its reputation. I was enchanted by the performance of the lead actress and by the humorous script (the same things, I would later learn, that have enchanted audiences around the world) but I was also reminded of the extremely well-drawn class divisions in Chile. 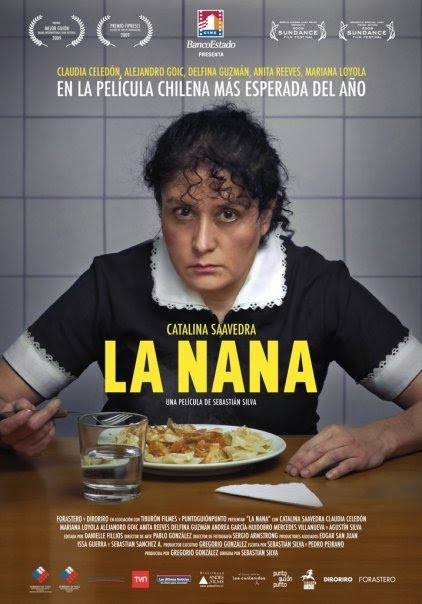 The film tells the story of Raquel. She has been the live-in maid for the wealthy Valdes family for more than 20 years. She respects her employers, adores their adolescent son and regularly clashes with their university-going daughter.

When Raquel is forced to take sick leave after a few episodes of dizzy spells and fainting, Pilar (the lady of the house) decides to hire additional help so as to lighten Raquel’s load. This is where the fun begins. Raquel, like a territorial beast, stamps her authority on a succession of new maids, before Lucy – the least likely replacement of all – somehow wheedles her way into Raquel’s heart.

La Nana is often hilarious, and Lucy (played by Mariana Loyola) is an absolute breath of fresh air. Raquel’s subtle character development – from faceless to conniving to humanised – is also expertly handled by the director. It’s easy to see why this film was an audience favourite on the festival circuit, but it would be foolish to dismiss it as a feel-good film.

I come from South Africa, a country where the division of wealth is impossible to ignore: informal shacks built on windswept sand dunes flank my city’s airport, which is only a twenty minute drive from the continent’s finest hotels, restaurants and beaches. But even in South Africa we do not have maids like this. Not anymore, at least. A few years ago I spent some time on a Chilean apple farm. I experienced service similar to that depicted in La Nana, and it felt weird.

In Chile the wealth gap is far less obvious than it is in my country, even though World Bank data doesn’t place Chile too far behind South Africa on its GINI index. There are slums on the outskirts of Santiago, and there are extremely poor rural communities throughout Chile, but these are not places tourists go. Granted these slums are not as desperate as those in Africa (or indeed in other parts of South America), but they are there and they should be taken notice of. The wealthiest 20% of Chileans are 14 times richer than the poorest 20%.

When you watch La Nana, enjoy it for its excellent acting and filmmaking, but also take notice of the fascinating underside of Chilean life which it exposes. The director did not happen upon his subject by accident so it goes without saying that the viewer should be cognisant of what he was trying to say by this choice.