People actually live in Patagonia: the films of Carlos Sorín

Patagonia, especially the wide coastal plateau on the Argentine side, is not all staggering rock faces, glistening glaciers and abundant forests. On the contrary, there are enormous swatches of it which wouldn’t even come close to making it into a tourist brochure. 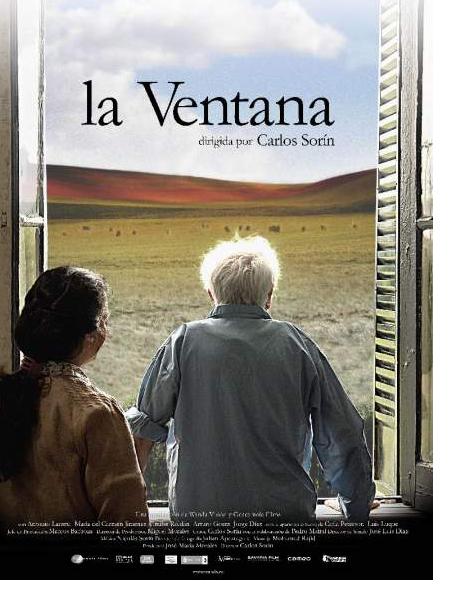 These parts of Patagonia have always been desolate but in the 21st century, times are tougher than they’ve ever been. Admittedly oil extraction is still big, but the oil fields are restricted to certain areas and in any event it isn’t a very labour intensive industry. Sheep farming used to be the region’s staple, and although the desperate slump of the late 90s was slightly improved when wool prices rose in 2002, sheep farming is definitely a far cry from its glory days around the time of the First World War.

The fact remains that away from the tourist centres Patagonia is in economic decline. Youngsters head for Buenos Aires, while older folks stay home and get poorer and older.

It is interesting that Carlos Sorín, a resident of Buenos Aires, has found most of his success with those films which he chooses to set in Patagonia. But when you consider this quote it is obvious why the ‘whispering land’ brings out the best in him: “In film I’ve always preferred the gestural to the textual. A look, a silence, a hint of a grin…communicates more forcefully than the rhetoric of the word.” Patagonia is a place of few words.

Sorín very seldom uses professional actors, but instead usually chooses non-professionals to play themselves, people who as he puts it “can be read in their eyes”. Juan Villegas, playing Juan Villegas, is the lead in Bombón: El Perro, an understated road movie about a down on his luck, fifty-something, unemployed divorcee and the prize dog (a dogo argentino) he receives as a gift in return for helping out a woman whose car has broken down on the side of the road.

There is nevertheless a connection between them, and they agree to enter Bombón into competitions and split the profits 50/50 – a potential lifeline for Juan. But it won’t come easy, as a lot of training and even more driving along the straight, windswept roads of Patagonia (the other star of the show) is required. Through Walter and Bombón, Juan finds renewed purpose and maybe even a little love with a cabaret singer who invites him round for tea the morning after her show.

Historias Minimas was actually released a few years before Bombón, and it was the film which first brought Sorin’s work to world audiences. The similarities with Bombón are many – non-professional actors, minimal dialogue, understated cinematography etc – but Historias intertwines three separate Patagonian journeys and contrasts them against the epic landscapes of Santa Cruz province.

Don Justo, an octogenarian with failing eyes, hitchhikes to the faraway town of San Julián to follow up a reported sighting of his beloved dog Badface. Roberto, an OCD travelling salesman arranges a surprise birthday cake for the child of a potential suitor, but is forced to hastily convert the football cake he ordered into a tortoise in case he has misremembered the child’s gender. And Maria, brimming with excitement, is on her way to a screening of a local television game show, intent on winning a prize.

Both of these films show real people and tell real stories in the truest sense of the word. The people, the landscapes, the understated cinematography and the gentle humour are what make it impossible to ignore Sorín’s work. Tellingly, Historias Minimas appeared in English-speaking countries as both ‘Intimate Stories’ and ‘Minimal Stories’ – this is to my mind a case of something being found in translation as it is in the middle ground between these two adjectives which Sorín’s Patagonia lies.