A guide to shopping in Peru

Peru is a fantastic place to buy traditional arts and crafts, but the quality on offer varies enormously. Make sure you don’t buy a fake alpaca sweater (or a real Inca relic!) by following our guide to the best of Peru. 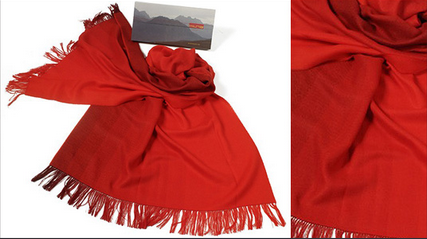 Just like quinoa was the food of the gods, alpaca wool was considered to be the gods’ fiber. Being warmer, softer and less prickly than sheep’s wool, it is not difficult to see why it was so-called. Add this to the fact that it is hypoallergenic (it contains no lanolin) and you can understand why Armani chooses to make his suits from it.

Alpaca is readily available in upmarket clothing boutiques in the US, but it is prohibitively expensive. In Peru you can get away with paying a lot less for something which is still extremely good quality. Whether you’re after a scarf or a sweater; a lounge suit or a traditional poncho, you’ll be able to find it.

For a really safe bet try Kuna (aka ‘Alpaca 111) which has outlets throughout the country. Another similar option is Sol Alpaca which even has branches in Chile and Columbia. There are also more bespoke boutiques, especially in Cusco – if you’re after something particularly out there, try Werner and Ana, which doesn’t have a website but does have amazing alpaca knitwear.

Pima cotton is also known as ELS (extra long staple) which means that its fibers are at least twice as long as regular cotton. Used in your bed linen this translates to an amazing luster and a silky soft feel. Pima was first cultivated in the coastal valleys of northern Peru, and this is still where the best Pima comes from. Kapricho Pima in Lima are well-known for their high-quality linens and towels.

When the Spanish arrived they brought with them stringed instruments which were ancestors of the modern guitar. Inspired by these imports, the locals developed the charango, a tiny lute variant which is traditionally made with the shell of an armadillo. These days most charangos are wooden, but their distinctive harp-like cascade of sound accompanies any visit to Andean countries – charanguistas play in plazas, bars and restaurants throughout the region.

Being only 66cm long, they are quite easy to take back home, and are a very popular purchase among the musically-inclined. I had an Australian friend in Bolivia who took his playing to such a level that he was even invited to perform at the annual charango festival in Aiquile.

Shops which really give back to the community

If you’re worried about your impact as a rich westerner on a developing country, there are plenty of places which can ease your conscience while also ensuring you have gifts for the whole family. Threads of Peru in Cusco is great for traditional textiles, while the Casa de la Mujer in Lima has some funky knitted toys among other things. Bridge of Hope in Miraflores, in Lima, has a wider range than either of the other places.