The Acequias, Veredas and Plazas of Mendoza 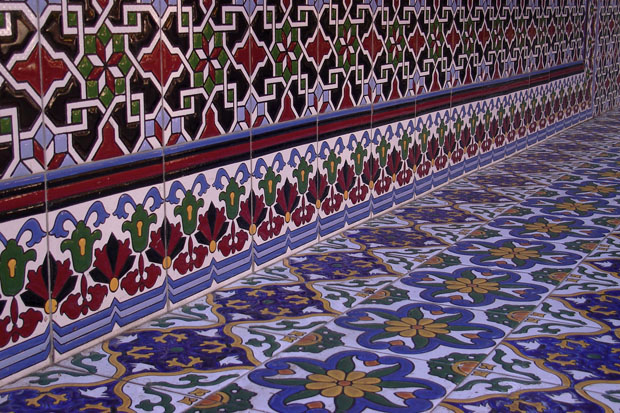 Mendoza is prone to earthquakes, which means that it doesn’t have many historical buildings of interest. But that’s not say that it is not an urban space worth taking notice of.

First-time visitors to Mendoza, Argentina‘s wine capital,  especially those who arrive by plane, do not usually realise that the city is located in what is at best a semi-desert. Their ignorance of this fact can easily be forgiven, however, as Mendoza is an oasis of trees and parks. In summer it does get very hot, but it never appears dry, and one is almost always able to walk in natural shade, even in the centre of the city. The most frequently-visited outskirts too, lush as they are with vineyards, do not really hint at the fact that Mendoza receives a staggeringly low annual average of only eight inches of precipitation.

Mendoza’s greenness dates back to pre-Hispanic times. The Huarpe people (perhaps with some help from the Incas) created the irrigation system which is still in use today. Mendoza may be in a desert, you see, but it is also very close to the Andes and their not insignificant snowmelt. The Huarpes diverted the Rio Mendoza from its more southerly course so successfully that when the Spanish arrived they assumed the town was located on the river itself, not on a canalised branch thereof.

But the Huarpes did not stop at a single canal. Instead they constructed a labyrinthine network of acequias (irrigation ditches) which not only provided water to every street (and by extension to every household) but also enabled extensive agricultural production. The existing network of acequias was added to by the Spanish and it allowed a rate of expansion which would not otherwise have been possible.

Even today the system is still in use. Admittedly, the water is no longer utilised for drinking, but it does enable the trees to grow un-watered and older residents still use the quaint but effective method of dipping a bucket on a rope into the acequia in front of their abode to water their garden. For tourists the acequias are most evident in their impact on the wine industry; in the fact the Parque General San Martín is so green; and in the ever-present danger of falling into one after dark and doing yourself very real damage.

Another peculiarity of Mendoza is its wide tiled sidewalks, or veredas as they are known locally. They are wide enough for friends to walk five-abreast and the tile-work – usually in geometric patterns of ochre and gray – has a lot more charm than asphalt. The Mendocinos know they are onto a good thing and homeowners take great pride in maintaining the stretch of vereda in front of their house. There is a solid expectation from the community that leaves shall be raked every day, but most citizens take it a step further and painstakingly remove chewing gum before mopping the tiles with paraffin to maintain their lustre.

Mendoza is – like all Argentine cities – laid out on a grid with roads orientated on the North-South and East-West axes. And – also in keeping with government tradition – the main street is named after San Martín. It will come as little surprise, then, that the streets meet at a central plaza (Plaza Independencia) but what makes Mendoza a little bit more interesting is that there are four other, smaller plazas at the corners of the larger square of roads which makes up the centre of town.

These plazas were added to the city when it was rebuilt after the great earthquake of 1861. Each of these plazas offers something different. Plaza Italia features a funky statue of a nude on a horse; Plaza San Martín has an impressive statue of its namesake atop an outcrop of rocks; and Plaza Chile is a bit less cluttered which makes it a very relaxing place to watch the world go by.

Nice as these three plazas are, Plaza España is definitely my favourite. The whole plaza, even the inside of the fountain, is decorated with very colourful Spanish tiles and there is a hand painted wall of tiles depicting the history of Mendoza.

The plazas, veredas and acequias of Mendoza give the city its character, and I can highly recommend walking from Plaza Independencia to each of the four mini-plazas, before finishing up with a glass of wine and some tapas at the ‘La Tasca de La Plaza’ restaurant on Plaza España. Let me know which plaza is your favourite…