The Real Paddington: Andean Spectacled Bears and Where to See Them

You may remember from the popular children’s books that Paddington Bear, although found in a London train station, was actually a stowaway from “darkest Peru.” Although you won’t find any bears in Peru that wear raincoats and eat marmalade, you can see the real-life version of Paddington, the Andean spectacled bear, during your trip to South America. This is the only species of bear on the continent, and they live primarily in the Andes Mountains from Venezuela down to Bolivia, with the highest numbers found in Peru, Ecuador, and Colombia. 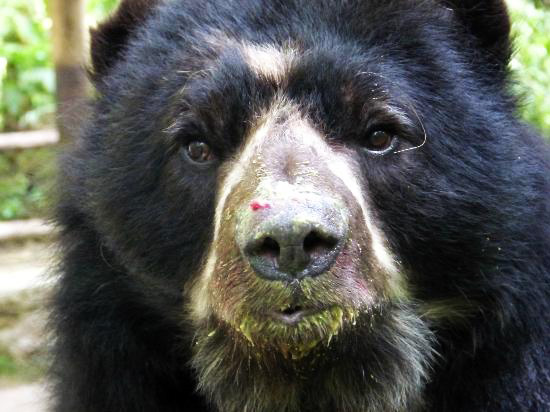 These bears are relatively small, about 400-500 pounds, and dark brown or black, and each has a unique lighter brown marking on its face and chest, like a thumbprint. Scientists and researchers use these markings to identify the bears they are tracking. Unfortunately, spectacled bears have become critically endangered due to poaching and habitat loss from logging, mining, and agriculture. These bears are quite shy and elusive, so they’re tricky to spot in the wild. You can still see them through several conservation projects that focus on their protection and eventually increasing their numbers in their natural habitat.

In Peru, the Inkaterra Machu Picchu Pueblo hotel, located in the small town of Aguas Calientes at the base of the Machu Picchu ruins, has an Andean Bear Rescue Center on site, housing four bears. This sanctuary focuses on rescuing and rehabilitating bears that were in captivity, such as in circuses or homes that kept them as exotic pets, and eventually reintroducing them to the wild. The documentary Paddington Bear: The Early Years showcases how British actor Stephen Fry helped rescue Yogi, a spectacled bear that had been kept in a small cage by Andean locals, and relocated him to this rescue center. 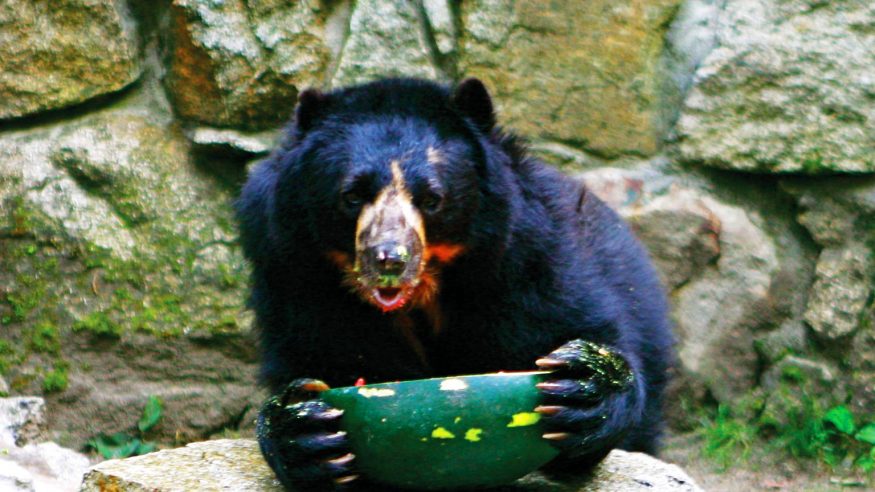 The Chaparri Reserve and Bear Rescue Center is a community-owned private reserve in the north of Peru, near the city of Chiclayo. This organization focuses on outreach and education of the local population to reduce hunting, and currently provides a home to seven bears that have been rescued from illegal captivity.

The area around Hacienda Zuleta, in the highlands of Ecuador, is also home to many spectacled bears, since the historic hacienda’s conservation projects have created a safe haven for them. You may even be able to spot one in the wild here while hiking or horseback riding on the property.

To incorporate a visit to see the real-life Paddington bear (or other rescued animal sanctuaries in South America), contact one of Vaya’s Destination Specialists.