Uttermost Part of the Earth: The Classic Book on Tierra del Fuego 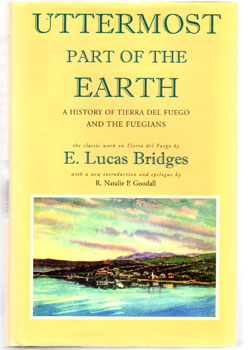 This extraordinary book is on our “Suggested Reading” list for Argentina, and is particularly recommended for anyone traveling to Patagonia or Tierra del Fuego.

The first person account of E. Lucas Bridges (only the third child born in Tierra del Fuego to non-native parents), the book is a lesser-known classic that combines history, anthropology and adventure.

The author was born in 1874 in the new settlement of Ushuaia, which his father helped establish.  In 1887 his parents decided to create their own home 50 miles east of Ushuaia, in an area that had only previously been settled by coastal Yamana (or Yahgan) tribes.  The named it Estancia Harberton (after the village by the same name in Devon, England, where the author’s mother grew up; this estancia can still be visited as a day trip from Ushuaia).

The story is full of true adventure, with shipwrecks, castaways, survival stories, and tribal warfare.  The native Fuegians were among the last tribes encountered during the settlement of the Americas, remaining relatively untouched into the late 19th century. 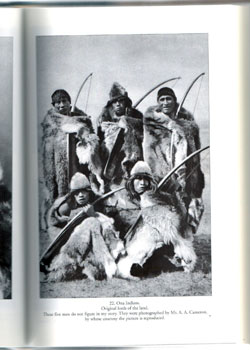 The heart of the book is the author’s experience not with the neighboring Yamana, but among the tribes inhabiting the island’s inland mountain ranges, the Ona.  Greatly feared by the coastal tribes, the Ona were skilled bow hunters and lived a challenging existence in a spectacular but often harsh and unforgiving environment.  As it states on the book’s cover, the author “is the only writer who lived amongst the native Fuegians in their original condition and recorded their ways.”

Significantly, and perhaps even uniquely, the author learned the native languages of the Ona and Yamana and became accepted into their rituals and customs.  He made considerable efforts to help the natives preserve their way of life and their dignity.  Over the course of three decades the author became an eloquent and sympathetic witness to the dramatic, and in many cases tragic, changes that took place among these traditional cultures.

The book itself is a work of art, with many photographs of the Ona and Yamana, and detailed maps of Tierra del Fuego.  One practical consideration:  due to its heft, you are not likely to want to carry it around while traveling, so give yourself some time to read it before you take off.  It has no equal in terms of understanding the history and people of this region.