As Argentina’s geography is incredibly varied, the climate varies from place to place and the seasons are not entirely predictable, so please take the following as a guide and be prepared for changes in climate.

Buenos Aires has a climate like that of a southern U.S. city, such as Atlanta. In the summer months (Dec to March), it can be very hot, into the 80s and 90s during the day. In the winter months (June to Sept), it can be quite cold, down into the 40s. In the shoulder seasons of fall and spring the temperatures are mild and pleasant.

Many people traveling to Argentina will be heading to Patagonia or to the Lakes District at some point during their stay. Patagonia has weather like Alaska, with a mix of sun, rain and wind on almost any given day. From October to mid-April the temperatures vary from the 40s to mid-60s during the day, sometimes a bit higher for stretches when the sun stays out. At night it will typically be in the 30s but can drop down into the 20s. The wind in Patagonia is highly variable, and you should be prepared for strong winds by having some type of shell over layer or other wind-protecting jacket. Long underwear is another good thing to have for a trip to Patagonia, particularly if you will be doing any hiking. 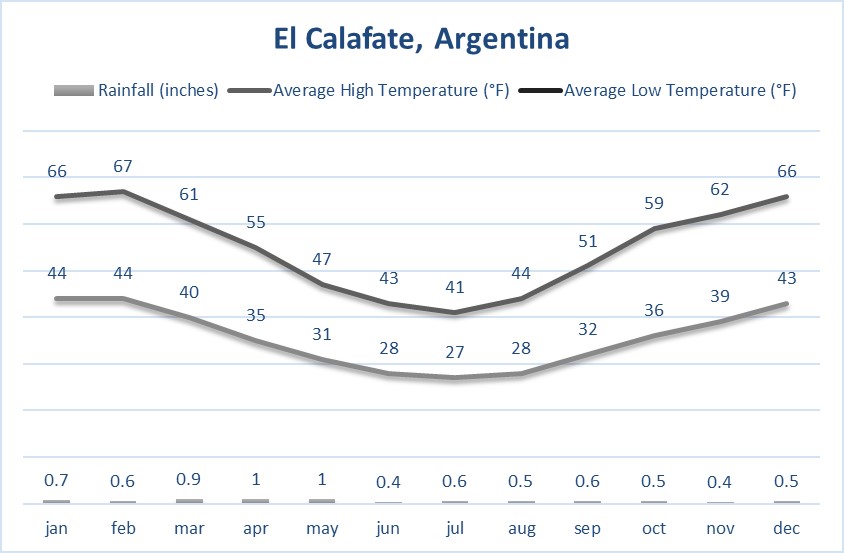 The Lakes District (Bariloche region) has a climate like the Pacific Northwest of the United States, but with the seasons reversed. There is a cool mountain climate from October to April, with temperatures averaging around 55 degrees Fahrenheit. Though this is the drier part of the year, rain is still common, but it generally won’t last all day. The wet season is from May/June to October and it rains fairly predictably during these times, though there can be periods of better weather. This is another area of the country where it is essential to have the proper clothing for outdoor activities if you plan on hiking or spending time outside. 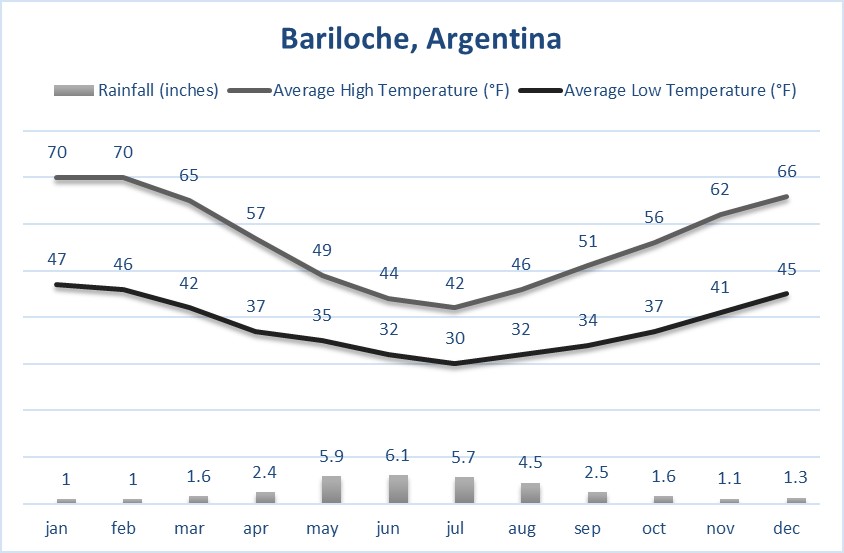 Iguazu has a sub-tropical climate, and is surrounded by rain forest, with temperatures varying from the 60s and 70s (June and July) up into the 80s and 90s (December and January). It is an area of high precipitation. The falls are generally active and impressive all year, but are at their heaviest in the summer months of December to March and their least heavy in the winter months of June to August. The chances of the falls being dry are remote no matter when you visit. It only happens every few years during major droughts. 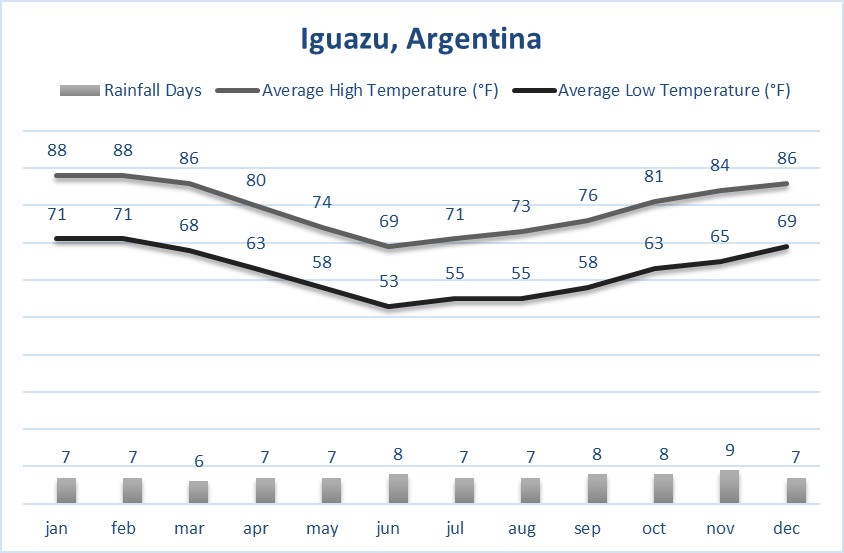 Mendoza and the Wine Country

Mendoza is a pleasant place to visit all year round. The climate is extremely dry throughout the year, and there is abundant sun. In the summer months of December to March the temperature is usually in the 80s during the day and 60s at night. In the spring and fall, it will drop about 10 degrees, and in the winter of June to September it will drop about 10 degrees more. 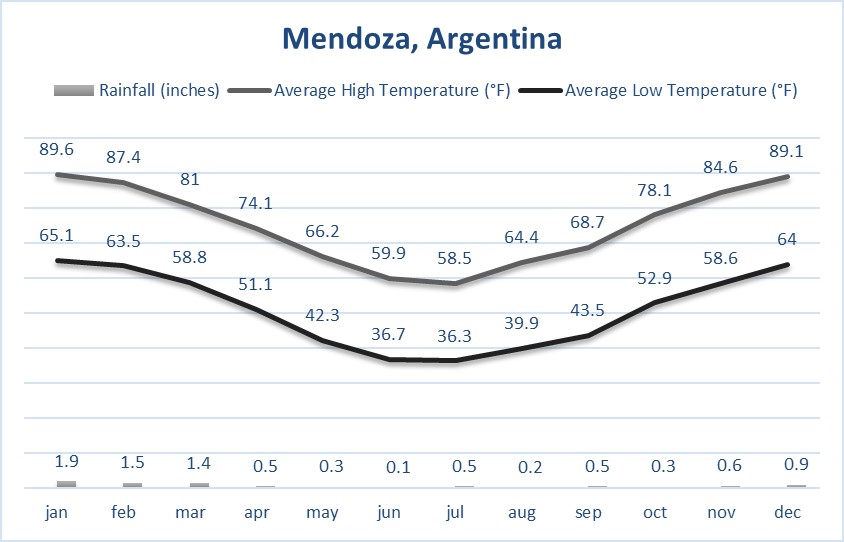 Salta is a great place to visit year round and has four distinct seasons. Summers tend to have frequent thunderstorms and the winter can be extremely dry with cool nights. 80% of the yearly rainfall falls between December and March. 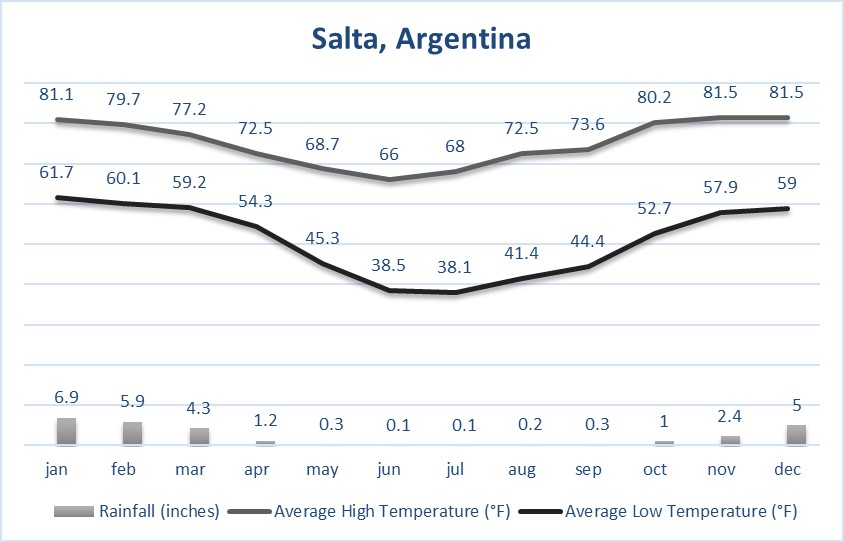