Bolivia covers a large, diverse territory, and the climate varies from region to region. The principal regions are the highlands of the Altiplano (a virtually treeless plateau situated at high altitudes between the Andes), the lowlands of the Amazon basin, the deep valleys of the Yungas between the mountains and the lowlands on the western side of the cordillera, and the Chaco area (a savannah region bordering Paraguay and Brazil).

At any time of year in the Altiplano, it is important to have some warm clothes, because temperatures at night will often fall down into the 40s and 30s. In the day the temperatures will likely be in the 60s or 70s. Winter (“invierno”) runs its course from May to October, and coincides with the dry season. The lowlands for the most part remain hot and humid throughout the year.

Summer (”verano”) comes to Bolivia between the wetter months of November to March, though the rain is much more prominent in the lowlands than in the relatively arid Altiplano. In the highlands, travel is rarely constrained, though there may be the occasional road closure and delays. The rain in the highlands also makes trekking during these months a muddy affair. 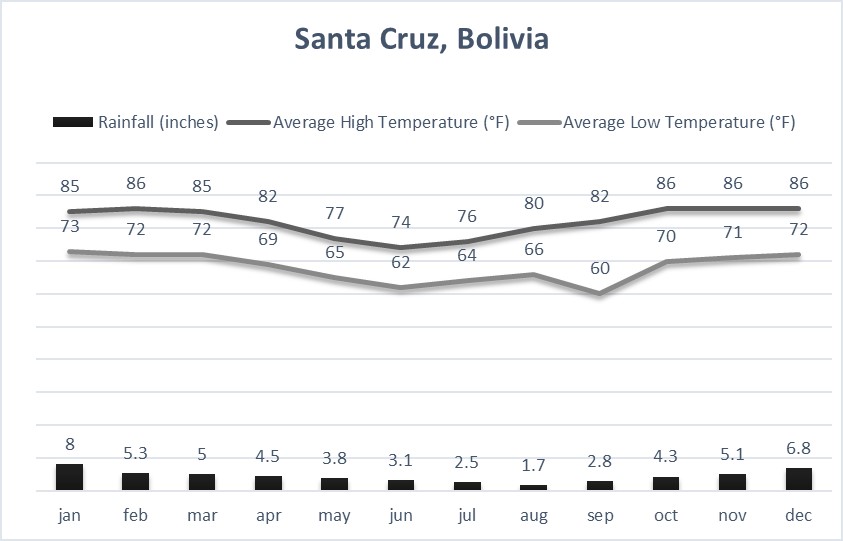 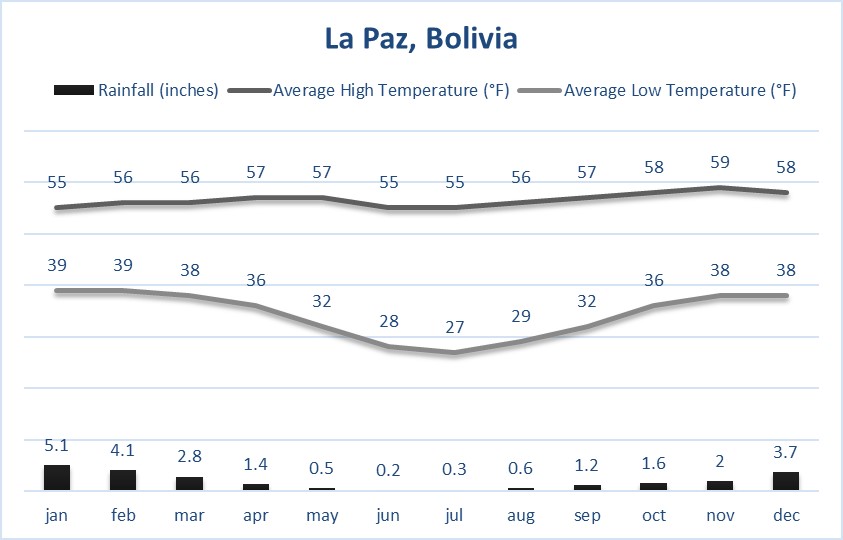