In Rio de Janeiro the summer months (December and January) can be quite humid, with temperatures reaching into the mid 80’s, and this is the wettest time of year. Most of the precipitation during the summer months comes in the form of quick downpours lasting 1-2 hours before clearing up. During the winter months (June and July) the temperatures drop a bit to the mid-70s, with a mix of rain and sun. These weather conditions hold true for much of Brazil’s coastline north of Rio, with slightly higher temperatures in the northern cities such as Salvador, Recife and Fortaleza.

In São Paulo and to the south the climate has larger variations, with winter month temperatures often falling into the 40s and 50s. 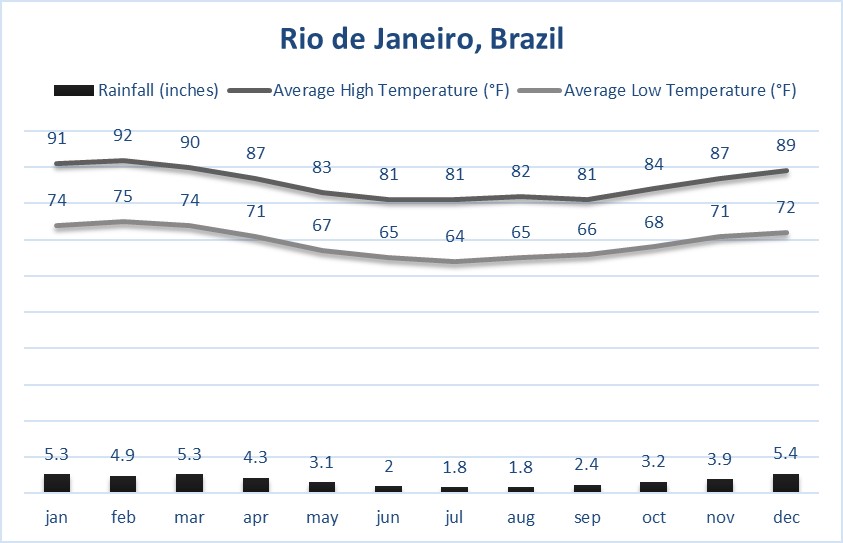 The Pantanal, Brazil’s tropical wetlands, receive the most rain, with high precipitation throughout most of the year. The average temperature in the Pantanal is in the upper 70s, though it can fluctuate widely and temperatures over 100 F have been recorded in the summer. The Pantanal has a so-called “dry season” from April to October, during which time there is less rainfall and the water levels recede somewhat. There is flooding from November to March (the “wet season”). This is a year-round destination, though the experience changes with the weather. December, January and February are less-recommended months; while the landscape is beautiful at this time, mosquitoes are more abundant and there tends to be less wildlife. 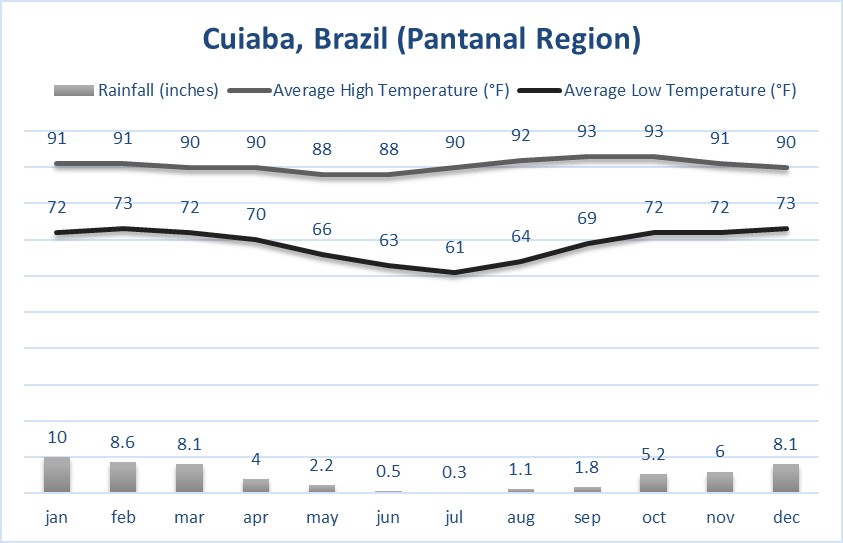 Iguacu has a sub-tropical climate, and is surrounded by rain forest, with temperatures varying from the 60s and 70s (June and July) up into the 80s and 90s (December and January). It is an area of high precipitation. The falls are generally active and impressive all year, but are at their heaviest in the summer months of December to March and their least heavy in the winter months of June to August. The chances of the falls being dry are remote no matter when you visit. It only happens every few years during major droughts. 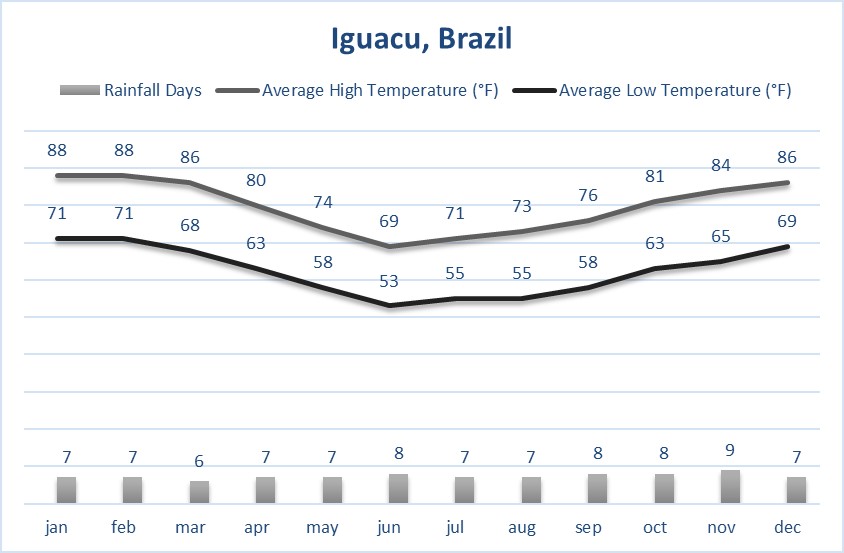 The Amazon receives the most rain, with high precipitation throughout most of the year (though relatively less in the “dry season” of approximately June through September), and temperatures consistently in the 80s and 90s.

The Amazon is a year-round destination, especially if you’re combining it with other destinations. If the Amazon is your main focus, April to August is usually best. During this time period there are normally quick rain showers, usually in the afternoon. December and January can be non-stop rain. September and October can be very dry and very hot. (You can potentially see more wildlife in September and October, because there’s less water.)