Explore Ecuador via the Avenue of the Volcanoes

Discover the Ecuadorian highlands, including Cotopaxi National Park and Quilotoa Crater. Stay in historic country estates and take a ride on the impressive Devil’s Nose Train.

Inquire about this trip 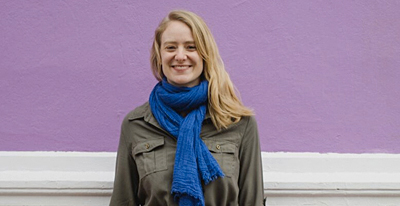 Talk to a Vaya Travel
Specialist

We tailor itineraries to your dates and interests, adjusting hotels, excursions and length as desired.

We consistently receive 5 star reviews from our discerning clients.


All itineraries are fully customizable. We will send you a personalized variation that reflects your interests and travel dates at no extra cost. Call to discuss your travel plans with one of our Specialists who know this region firsthand. 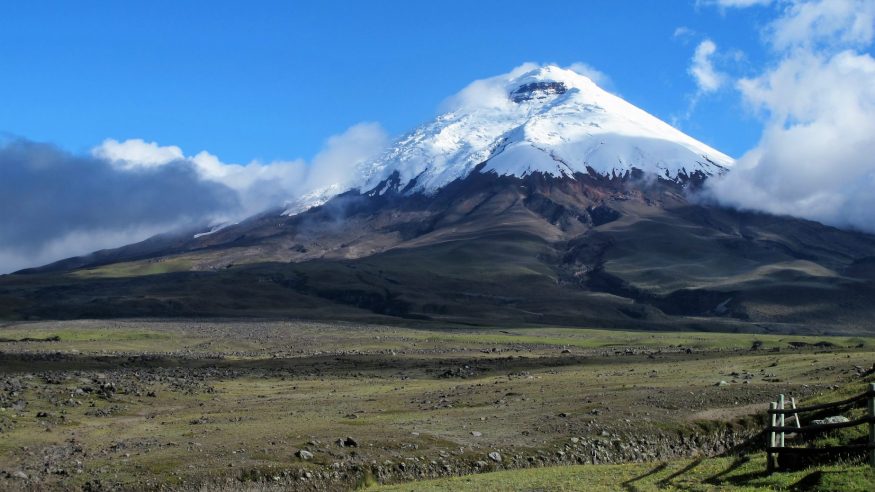 Journey along the Avenue of the Volcanoes, a series of 11 peaks that frame the Latacunga-Ambato valley in the center of Ecuador. Drive through the scenic Andean countryside to reach the foot of Cotopaxi Volcano, the 19,340-foot peak that dominates the area. Cotopaxi National Park is an ecological sanctuary of 36,000 hectares surrounding the volcano. You’ll have time to explore the park, home to unique wildlife and otherworldly landscapes.

After your visit to the park, you will be taken to your lodging for the night, Hacienda San Agustin de Callo. Built in the 18th century on the site of an important Incan Palace and containing the largest set of Incan ruins in central Ecuador, this working hacienda subsequently became an Augustinian convent with a textile workshop and later the home of the French Geodesic Mission. The house is built directly on top of what was the Incan palace, and many rooms have original Incan walls, with extraordinary masonry work. The dining room is a full intact original Incan palace room, an experience you can’t have anywhere else. 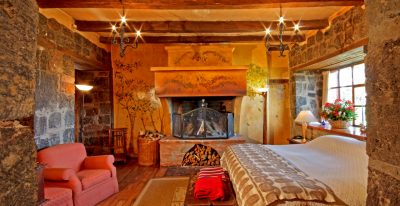 This unique and remarkable property was the country house of one of Ecuador's most prominent families (including two former presidents). The hacienda was built in the early 18th century on top of the ruins of an Incan palace, the northernmost Incan ruins in South America. Entire Incan rooms from the original palace still exist, including what is now a chapel and the main dining room of the hacienda. There is nothing like this opportunity to spend time inside the original rooms of an Incan palace anywhere else in South America. The property is ideally located right next to Cotopaxi National Park, home to glacier-capped Mount Cotopaxi, one of the highest active volcanoes in the world. 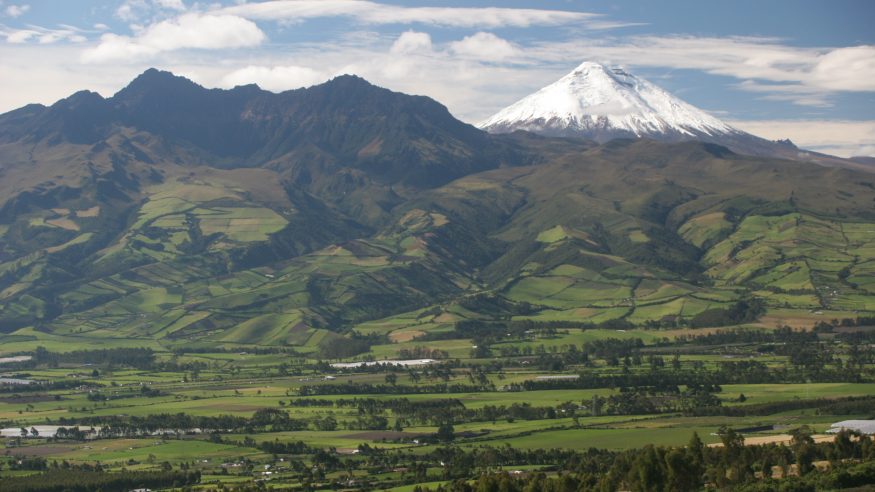 Set out through the Quilotoa area, passing through rolling Andean countryside. En route you will stop in the Tigua community, whose artists are known for their colorful paintings on sheepskin canvases, representing Andean landscapes, people, and daily life.

Explore the Quilotoa Volcano Crater, over 2 miles wide and 800 feet deep, which now holds a vivid green lake. The crater is the result of an eruption hundreds of years ago, and your guide will teach you about the interesting geological history of the area. Enjoy a scenic lunch before heading back to your hacienda, where you’ll have the balance of the day free to relax or explore more of the hacienda. 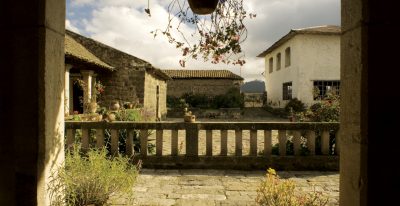 Travel the Avenue of the Volcanoes to Riobamba

Enjoy a private scenic transfer south along the scenic Avenue of the Volcanoes to Riobamba, the provincial capital. Stop for lunch at a mountain lodge nestled at the foot of Ecuador’s highest mountain, Chimborazo (20,500 feet), a massive extinct volcano. In the afternoon you arrive to Hosteria La Andaluza, a beautiful Andean hacienda where you will spend the night. 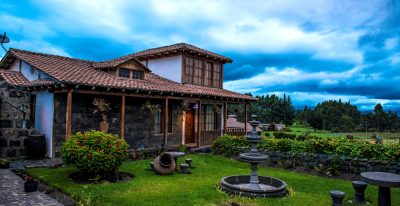 Located outside of the town of Riobamba, the historic Hosteria La Andaluza features beautiful views of the Chimborazo Volcano. The site has been declared part of the Cultural Heritage of Ecuador, and the hacienda has been carefully restored to provide maximum comfort while protecting its historic charm. The hotel has 55 rooms and features beautiful gardens, a restaurant, games room, and a common area with bar, fireplace, and living room.

Take a ride on the Devil’s Nose Train, considered one of the world’s most impressive feats of railway engineering. This scenic railroad travels along a series of switchbacks down the steep mountainside, passing Andean lakes and small traditional villages along the way.

After your ride, head south to the Ingapirca Ruins, the largest Incan ruins in Ecuador, which date back to the Inca Huayna Capac. Explore the area with your private guide, then continue by car along scenic roads to the city of Cuenca. Cuenca is named for one of its striking geographical features: the city was built in a cuenca, a land basin formed by the confluence of several rivers. 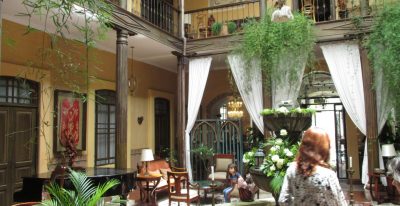 A colonial-era mansion that was converted into a boutique hotel in 1999, today the Mansion Alcazar is one of the most refined hotels in Cuenca. The hotel includes a spa and restaurant as well as ample gardens.

Take a private walking tour of Cuenca with your guide. Named a UNESCO World Heritage Trust site for its historic buildings, Cuenca is considered a cultural capital of Ecuador. On the tour you will have a chance to visit the Plaza de San Sebastián and the Museum of Modern Art, several of Cuenca’s incredible cathedrals and local markets, and a lookout point with a beautiful view out over the city. With your private guide, you’ll have the flexibility to explore at your own pace and make adjustments to the itinerary as you go. 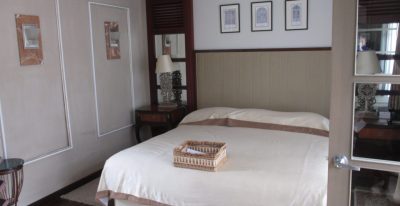 Depart for Home or Your Next Destination

Today you will say goodbye to your local guide and head to the airport for your flight home or to your next destination.

More Photos From This Trip

Reviews From This Trip

Why Travel with Vaya? 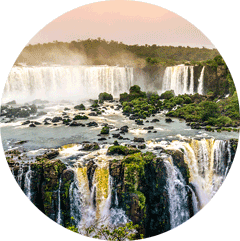 We’ve not only traveled there, we’ve lived there. Our smart and engaging specialists are all current or former expatriates with years of experience in the region. 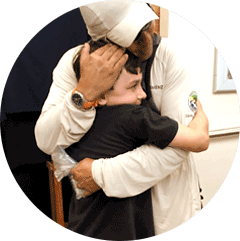 From the first phone call to after you get back, we're here for you every step of the way. We listen, create, customize and advocate for you, and design experiences that go beyond the expected. 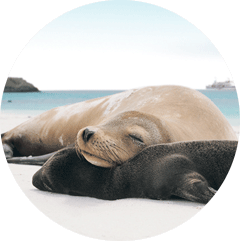 Our discerning sensibility and good taste go beyond just choices in hotels and top guides; we have a walk the walk commitment to the environment and are genuine leaders in conservation efforts.