Colombia has a tropical, isothermal climate. The weather varies more by altitude than by season, as the country’s proximity to the equator keeps the temperature relatively stable throughout the year.

The climate is very warm and tropical on the coast and in the north, with a rainy season from May to November. In other areas you will likely be visiting (such as Bogotá and the coffee region), the dry seasons are December to March and July to August.

Bogotá is always spring-like, with cool days and brisk nights, though when the sun is shining the days can get quite hot. The temperature throughout the year in Bogotá tends to stay between 45 and 70 F. 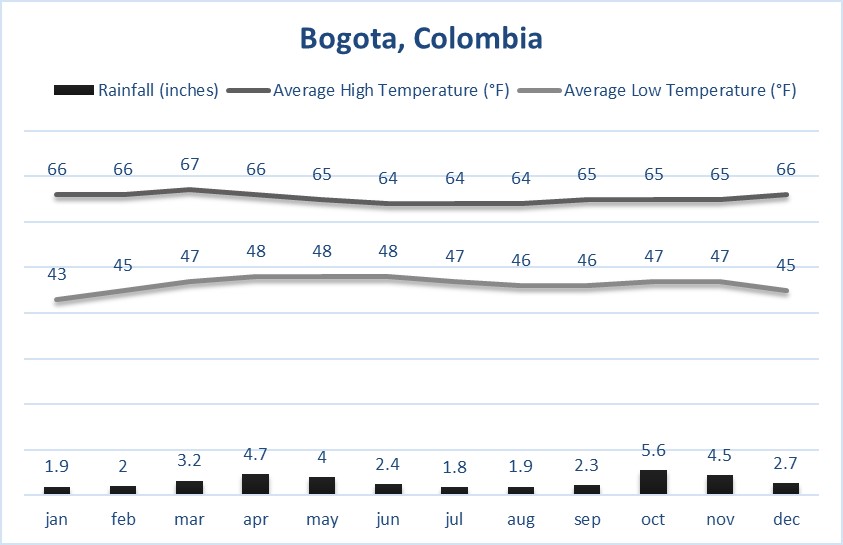 Cartagena and Santa Marta (on the Caribbean coast), by contrast, are more tropical, with average daytime high temperatures between 75 and 88 F. 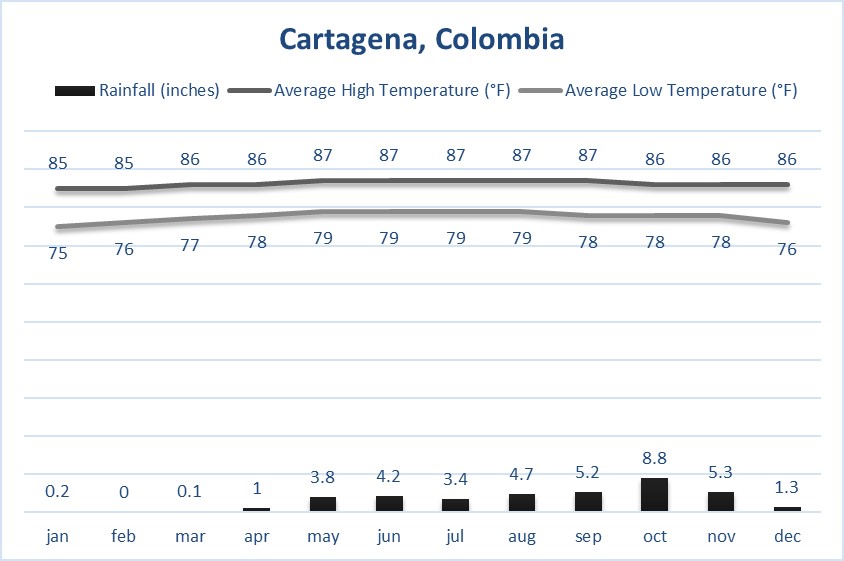