Ecuador is located directly on the Equator. Quito, the capital, is located at an elevation of 9000 feet, and has a spring-like climate for most of the year. From October to May you can expect some precipitation in Quito, usually in the form of an afternoon shower, after which it clears up. The plus side of the rain is that this is the time when the Andes are greenest. From June to September it is drier and browner, and in June and July in Quito you can expect it to be fairly windy and a bit cooler. In recent years, these general patterns have become less predictable. The average temperature in Quito throughout the year is about 67 degrees. It gets down to about 50 degrees at night. 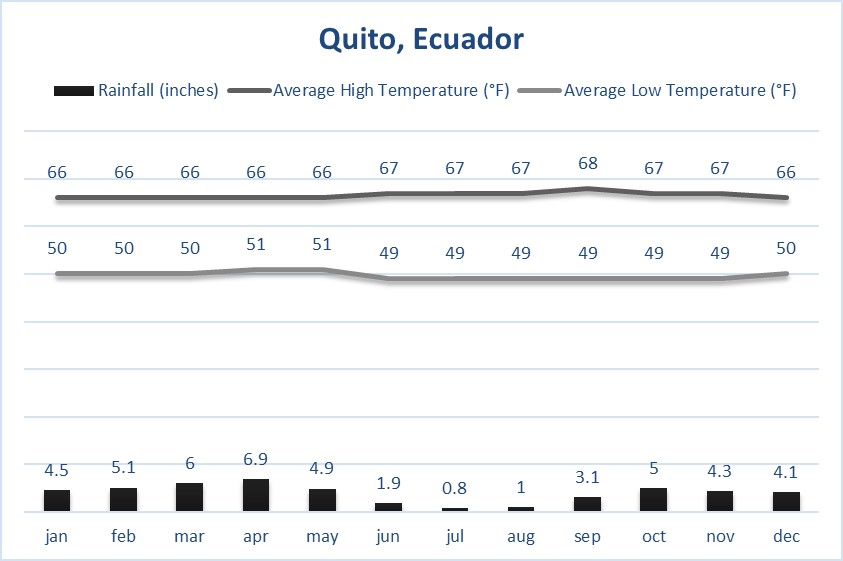 From January to April is considered the “wet season.” The average temperature is in the upper 70s during the day, and the water temperature is from 76-83 degrees. The skies are generally clear, with sporadic rain and calmer seas. It cools off a bit at night, falling into the 60s. Though this is officially the wet season, rain is almost always sporadic in the Galapagos, and this is an excellent time of year to travel to the islands.

From May to December the air temperatures can be slightly cooler, with the average daytime temperature in the low to mid-70s, dropping into the low 60s or even a bit cooler at night. There can also be a mist in the air called the “garua,” and the ocean can be slightly choppier, though it rarely gets rough in the Galapagos at any time of year. The colder Humboldt Current predominates and water temperatures drop to an average of 65-72 degrees. Please note that these patterns have become much less predictable in recent years.

You may want to consider renting a wetsuit in the Galapagos, particularly if you are traveling during the months of June through October (ask us if you have any questions about renting a wetsuit).

The Ecuadorian Amazon is both hot and humid year round. Seasonally you have a dry and wet season with the dry season starting in December and ending in March. The dry season isn’t actually dry, there just tends to be less rainfall during those months. The average temperature in the Amazon is mid to upper 70s and changes relatively little throughout the year. 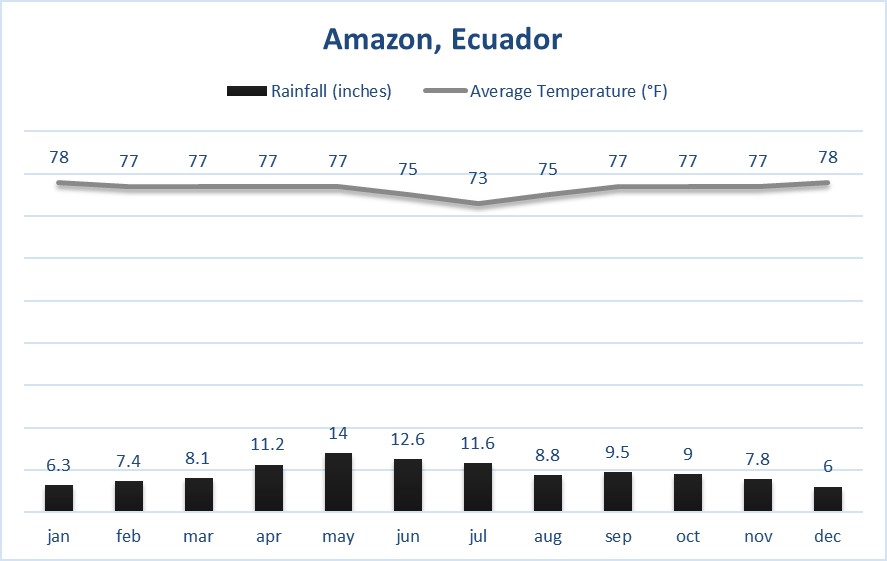