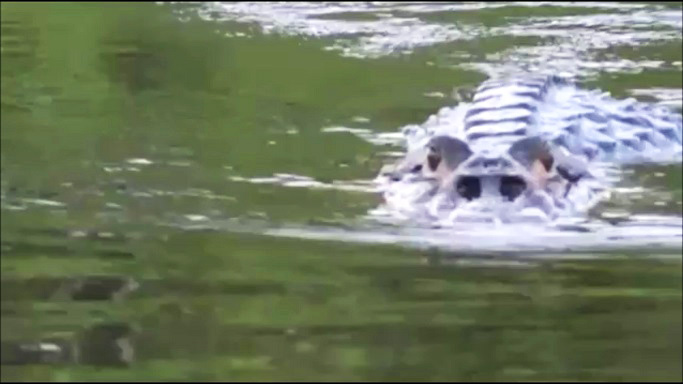 “Back, back, back!” exclaimed our native naturalist guide, Sergio, as he and two members of the local Añangu indigenous community paddled our canoe back into the reeds along the wild shore of Laguna Añangucocha. A large Black Caiman, a carnivorous crocodilian species known as the largest predator in the Amazon Basin, was swimming menacingly toward our canoe at an alarming speed. 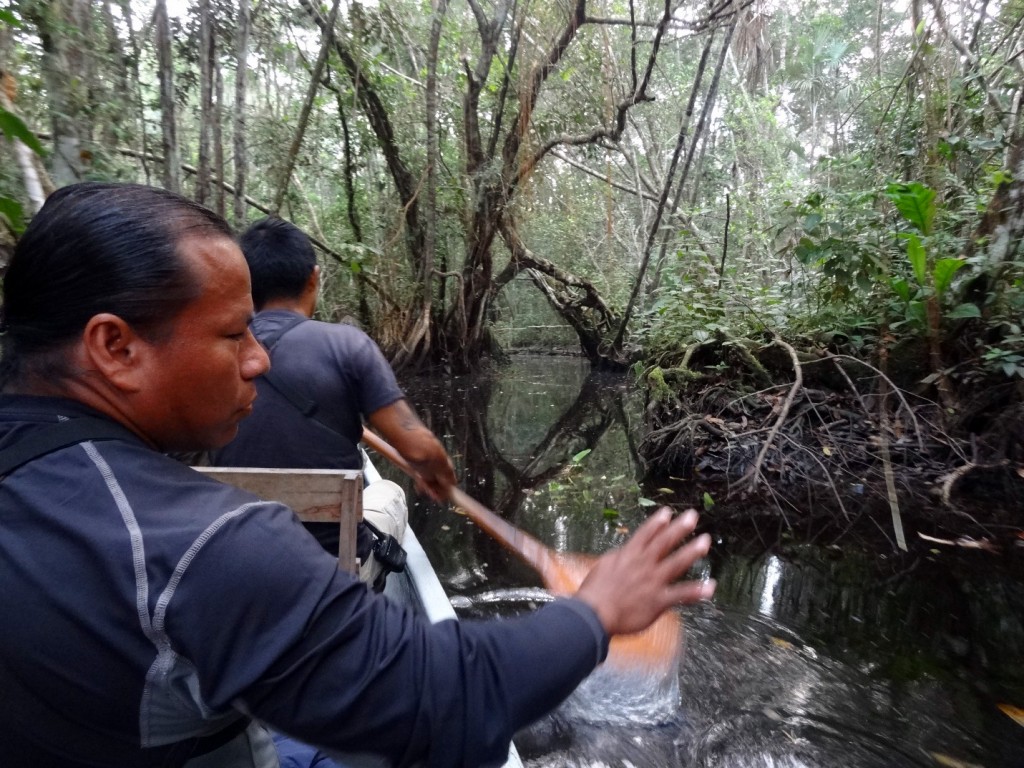 Moments earlier we’d been observing a small reptile resting peacefully in the water. “Next to that log is a young caiman,” Sergio had casually commented as the other three passengers in the canoe and I snapped photos. 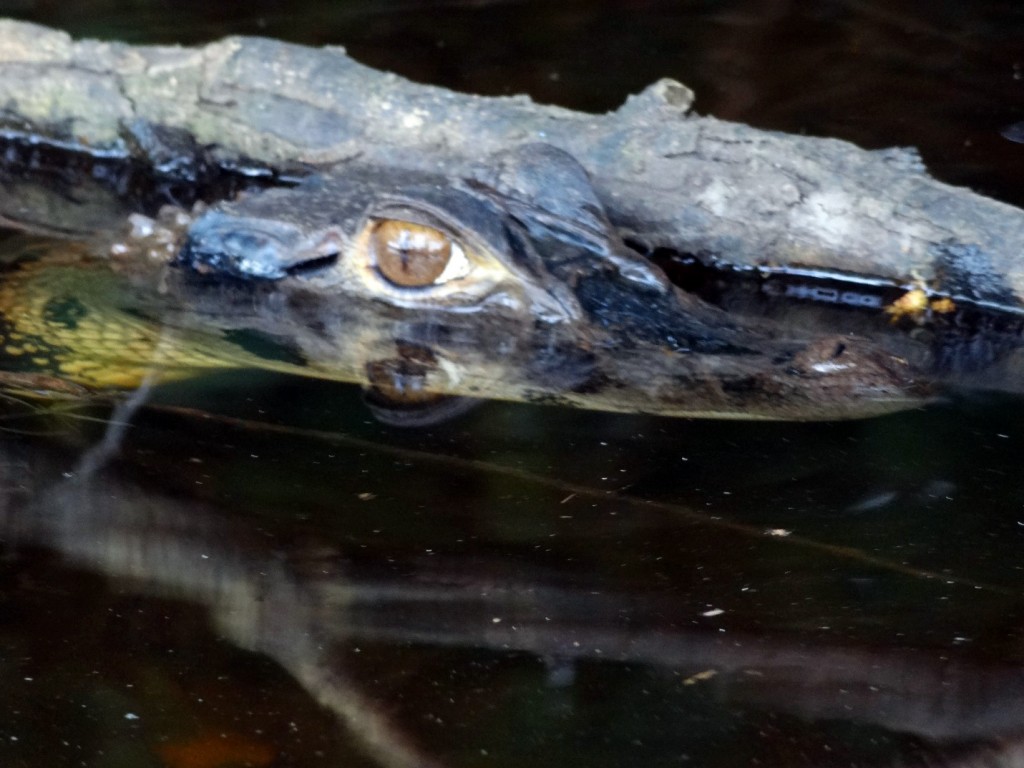 “What if the mother caiman shows up?” one of the other passengers asked forebodingly. The mother did not show up, but as we paddled on across the lake, we very well may have crossed paths with the father. 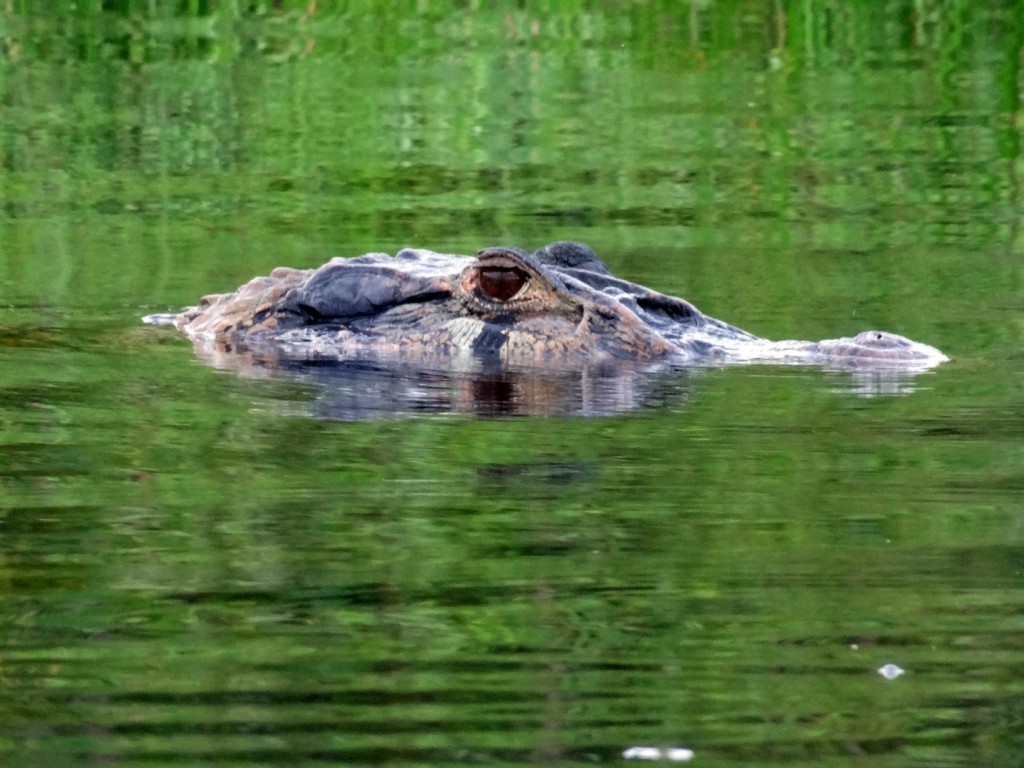 Sergio estimated the length of the alpha predator that was heading our way at a healthy 14 feet. At first, as it was in a resting position, with only its eyes and the top of its head above the water line, that immensity was hidden in the murky lagoon. Only as it started swimming toward us did its enormous body become fully visible.

Heeding Sergio’s call to retreat, the two paddlers steered us away from the caiman and toward the jungle shore, but the caiman changed its course and swam straight at us. The paddler in the rear of the canoe, Javier, theorized that his bright orange shirt was luring the giant reptile in our direction, so he quickly tore his shirt off and threw it down on the canoe floor.

Whether it was due to Javier’s quick thinking or the caiman simply losing interest in us, the beast veered left and swam along on its way, and we made a beeline back to our lodge, the Napo Wildlife Center.

There, the tale of our close encounter began to circulate among the other guests, the guides, and the Añangu members of the staff, many of whom had caiman stories of their own. 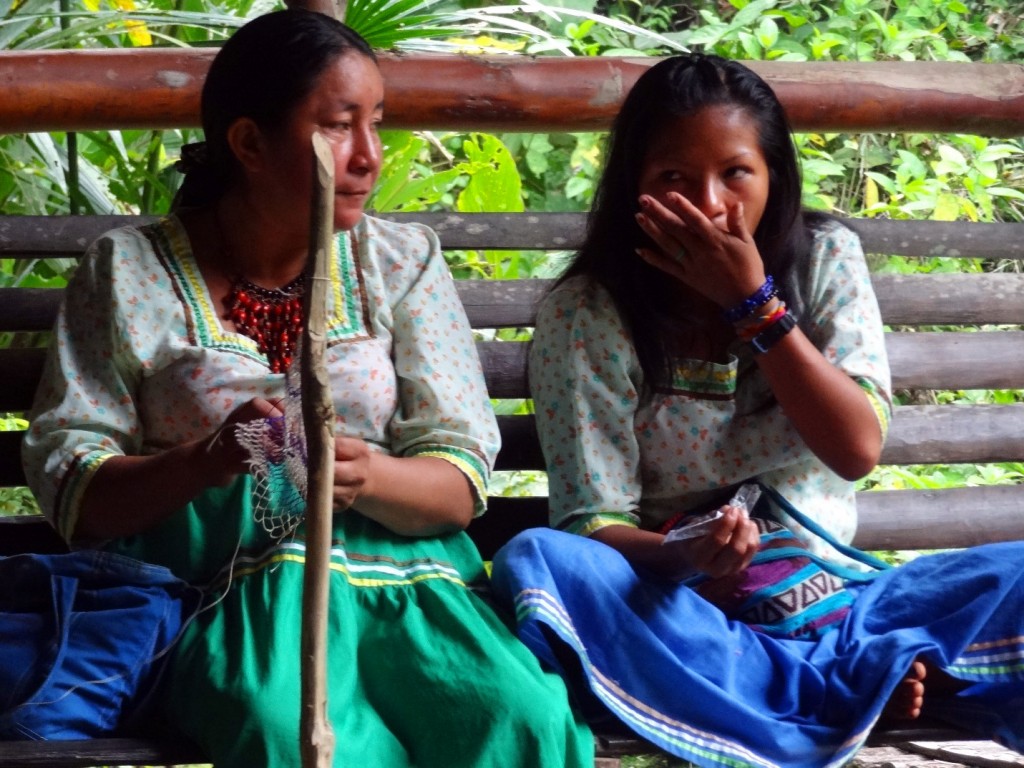 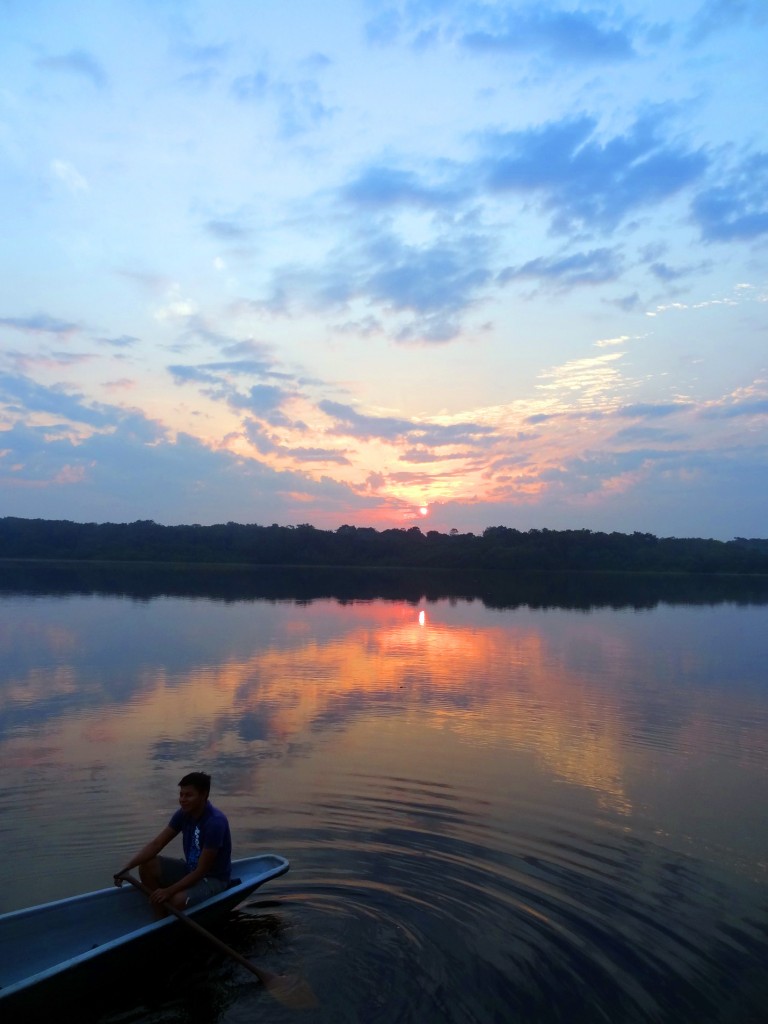 The Añangu people, a Kichwa-speaking indigenous community, have called this megadiverse portion of the Ecuadorian Amazon Rainforest their ancestral home since long before it was designated as Yasuni National Park. For centuries they survived in this remote jungle, hunting and fishing in the Laguna Añangucocha, the surrounding black water creeks, and the Napo River, a tributary of the Amazon River.

In 1998 the community decided to take a different path, away from hunting and fishing and toward ecotourism and conservation, and along with an Ecuadorian NGO and international investors, they built what would become Ecuador’s premier Amazon eco-lodge, the Napo Wildlife Center, creating a model for sustainability for the region. 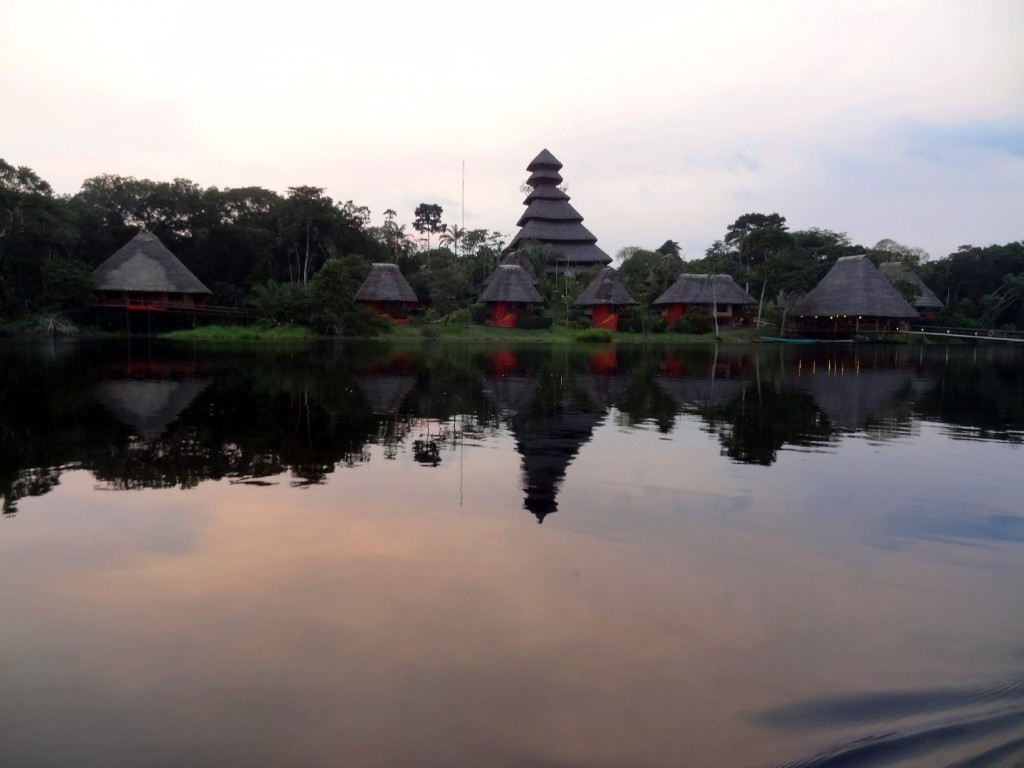 Every piece of building material used to create the lodge, from metal beams to solar panels to the water-treatment system, was painstakingly paddled up the creek and across the caiman-filled lagoon, and dragged into place by members of the Añangu community, who take their name from the Kichwa word for the Amazon’s industrious Leaf-Cutter Ants.

In 2004, ownership of the lodge transferred entirely to the Añangu community, and the Napo Wildlife Center is now one of the only successful 100% community-owned high-end eco-lodges in the world. 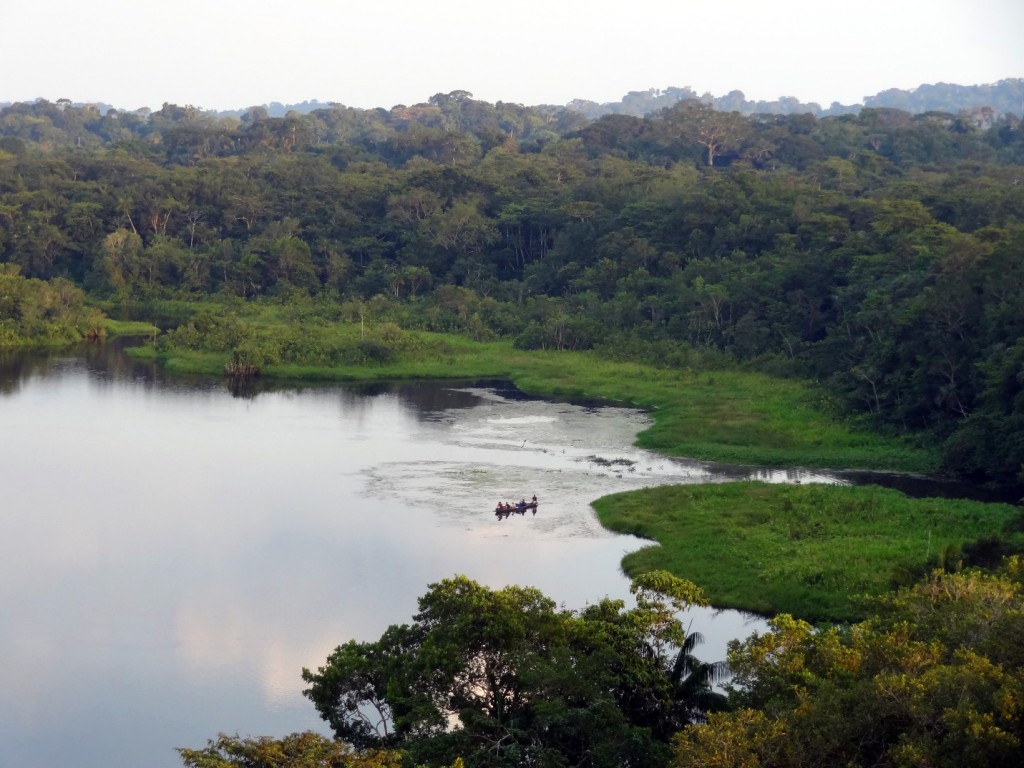 With ecotourism providing the local people a viable alternative to over-hunting, over-fishing, logging, clear-cutting, and other destructive practices, and with their land protected from the oil extraction operations that have devastated nearby rainforest, the Añangu’s ancestral land is teeming with wildlife. Not only are the Black Caiman thriving in Laguna Añangucocha, but a family of Giant Otters, a species once hunted for its pelts and now listed as endangered, also calls Laguna Añangucocha home. Up to 11 species of monkeys and up to 562 species of birds, including parrots, toucans and macaws, can all be found in the area around the Napo Wildlife Center, considered by many to be the best place in the Ecuadorian Amazon to see wildlife. 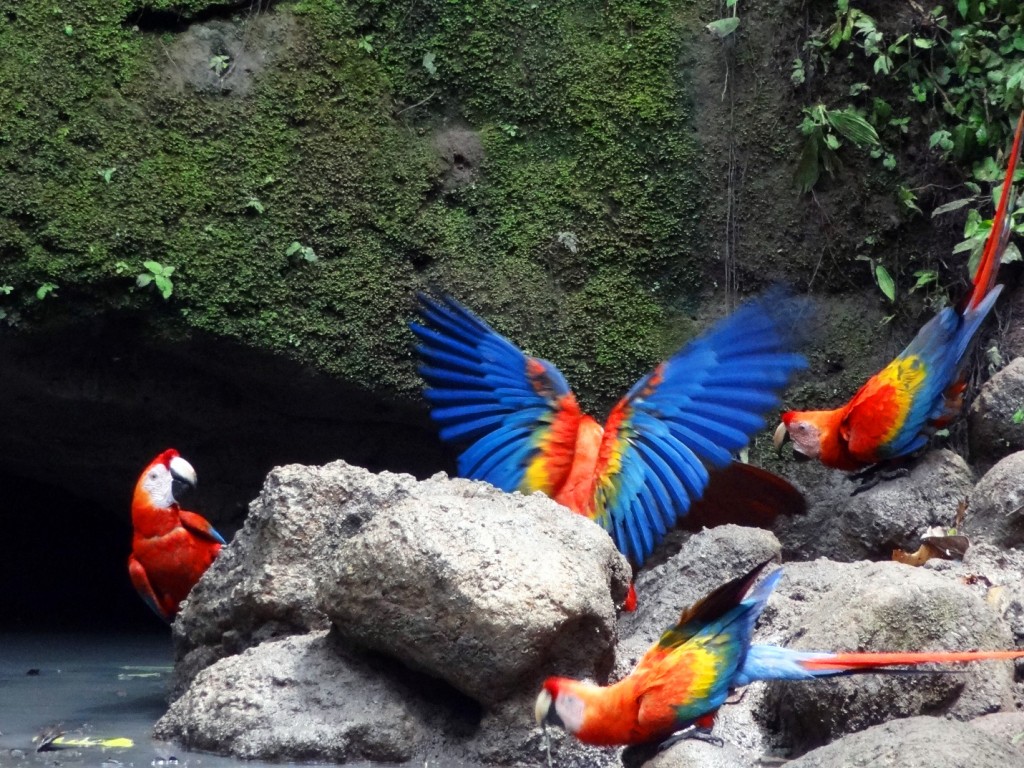 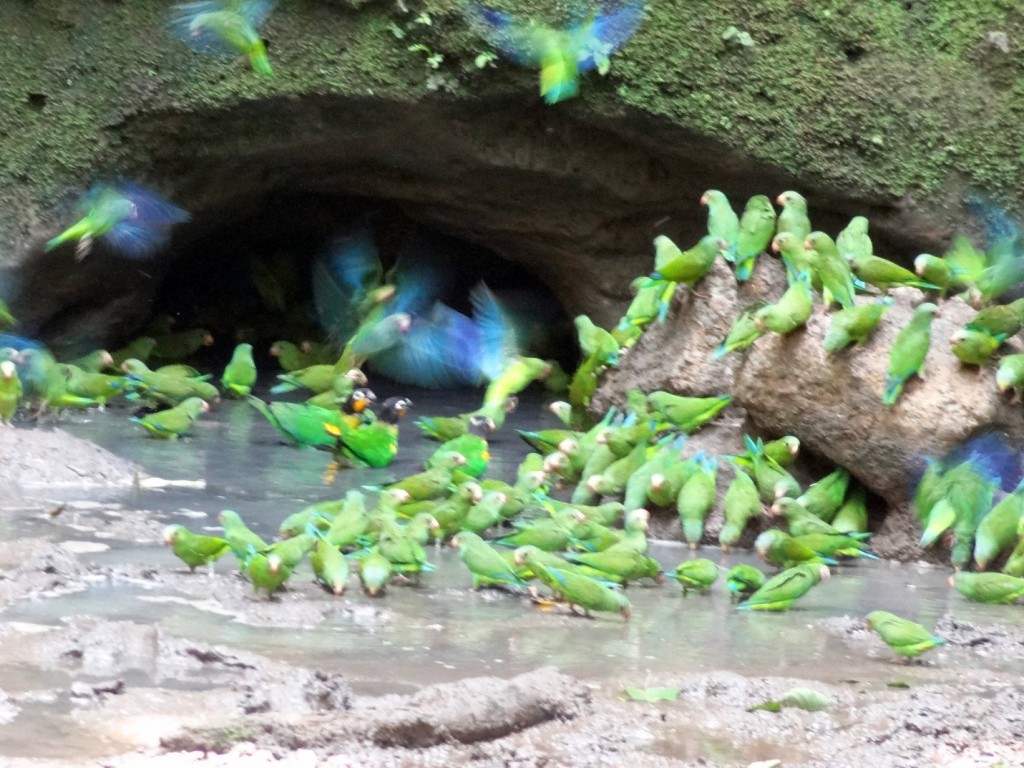 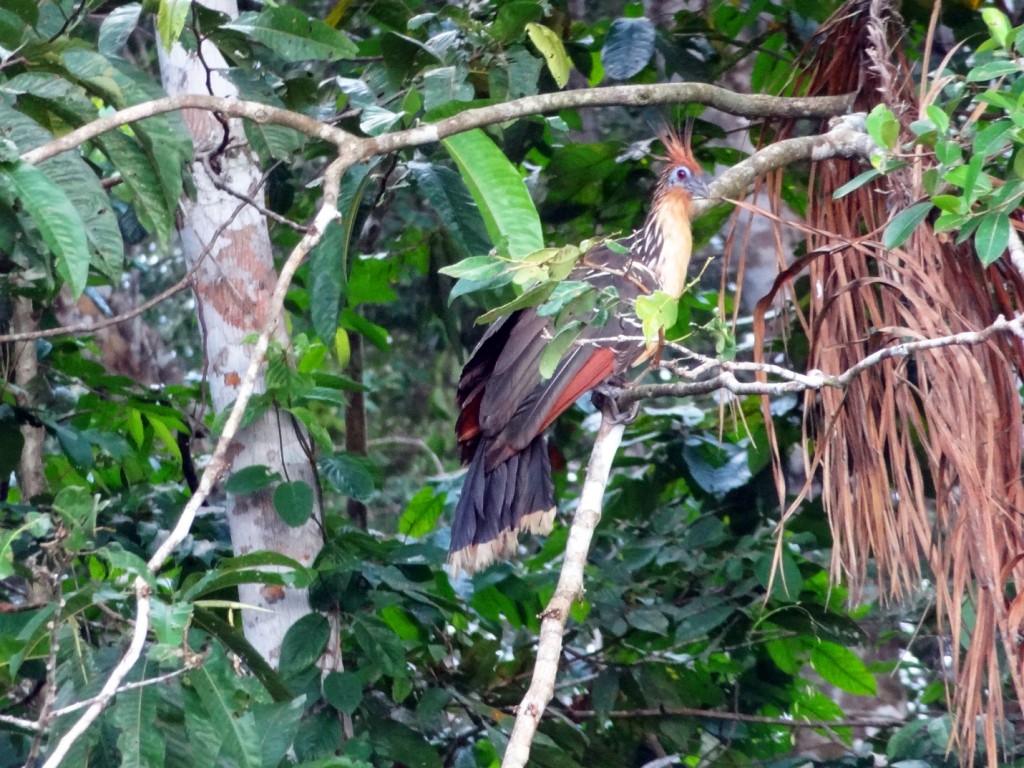 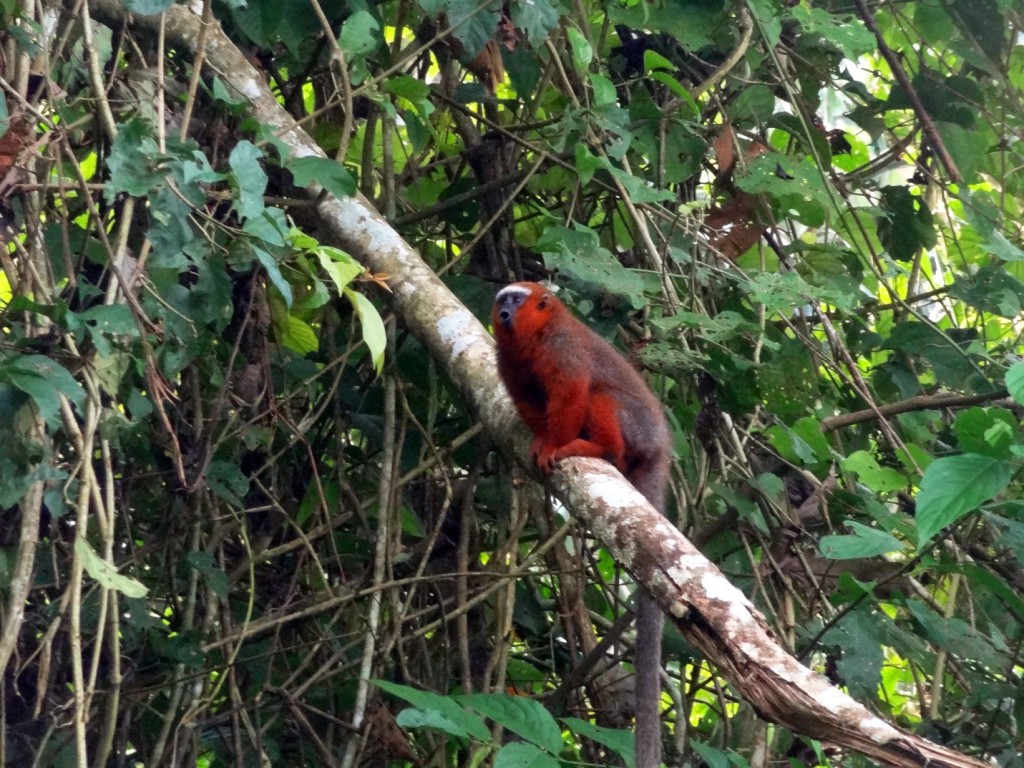 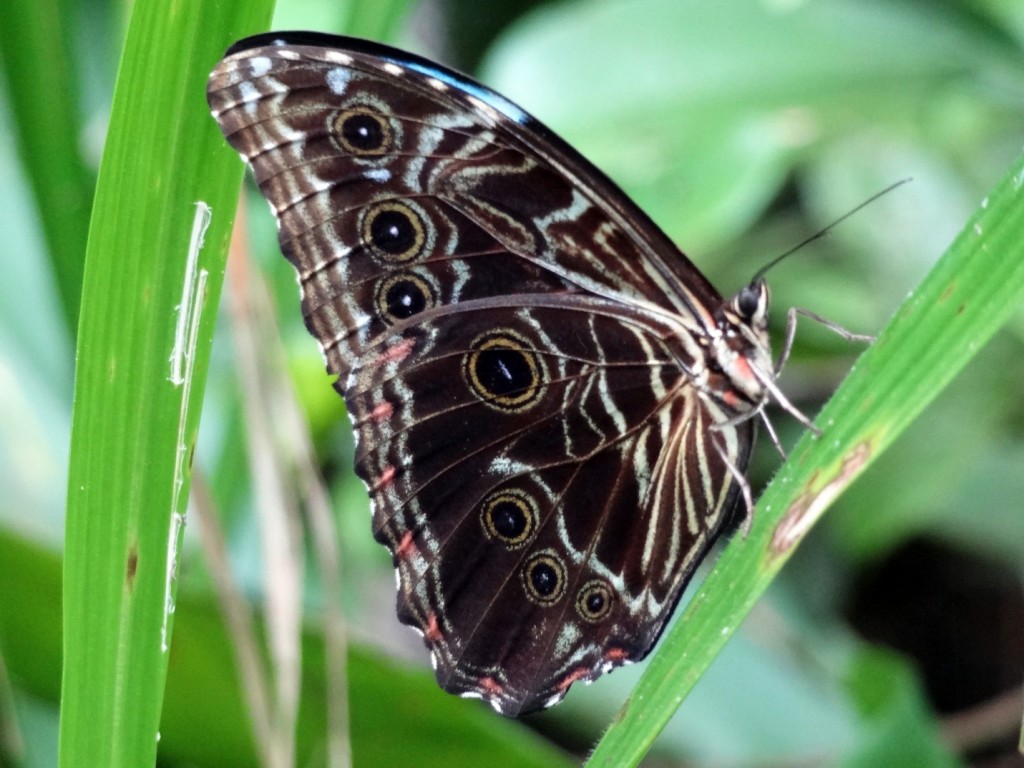 You can catch a glimpse of our caiman encounter, and some of the other wildlife we spotted while in Ecuador’s Yasuni National Park, in this 90 second video. (Please pardon any shakiness in the video, keeping in mind that 1, I am not a professional videographer, and 2, I was in a canoe being circled by a 14 foot caiman.) 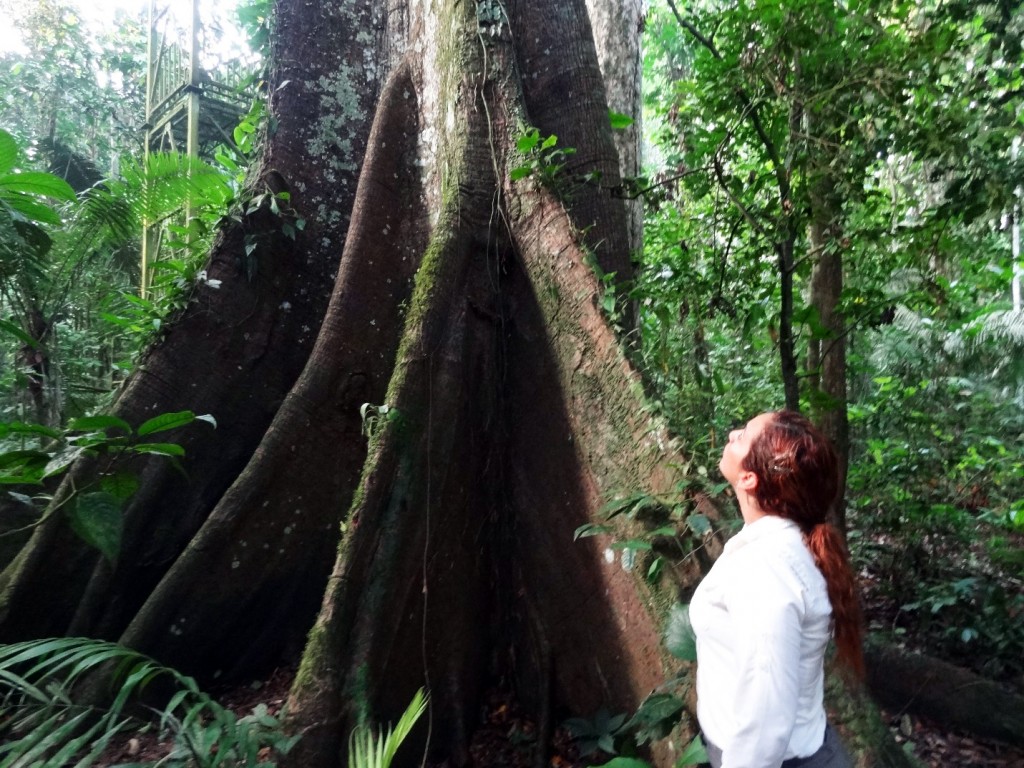 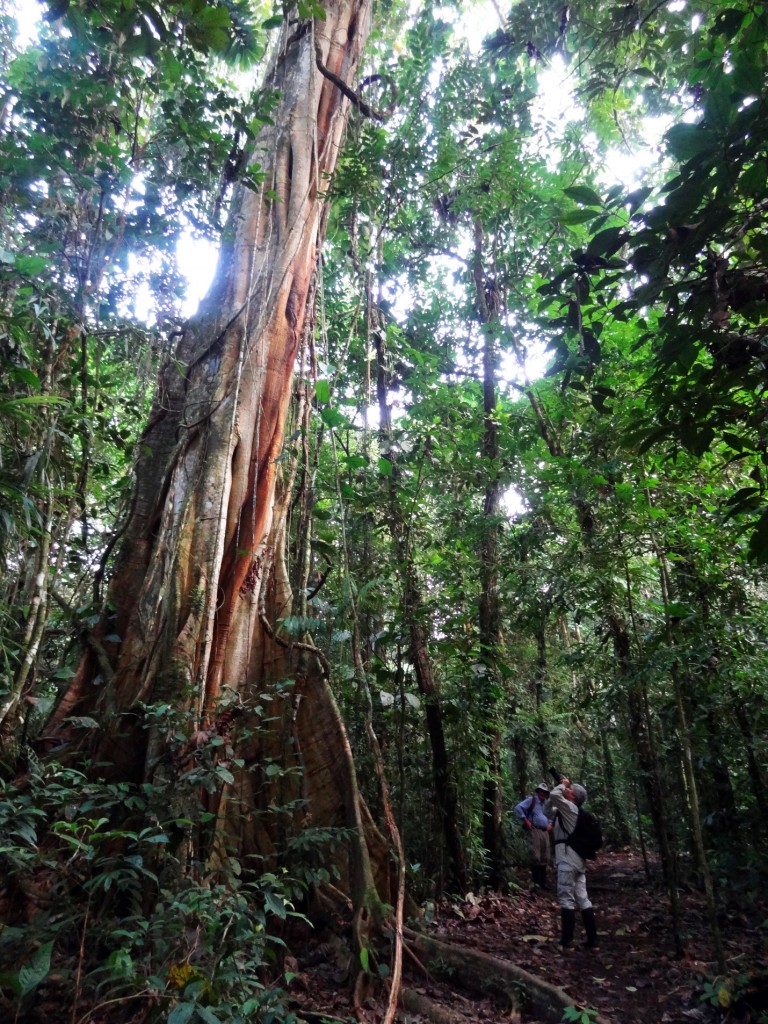