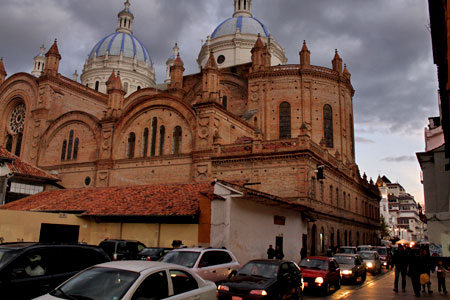 A comment I’ve now heard more than once about Cuenca, a city in southern Ecuador, is that it is “Ecuador’s Cusco.”  The comparison is apt, because both cities have thriving colonial centers and histories that long pre-date the arrival of the Spanish conquistadors. The diversity of people that you see in both places reflects the centuries long mixing of cultures that makes both places so compelling.

Cuenca was home to a major Incan city, some of the foundations of which can still be seen. A very pleasant 90 minute drive outside the city is the Incan site of Ingapirca, and less than an hour away is Cajas National Park, a sprawling high Andean region of unique landscapes and Paramo. 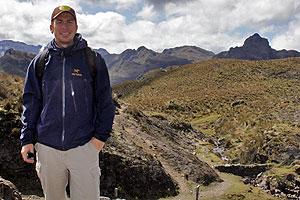 The city is known for its churches, though that designation led me to believe that the city might be pretty but kind of staid and boring. I was surprised to see how vibrant, modern, and cosmopolitan the life and commerce of the city is. Many excellent restaurants and first class boutique hotels are spread out around the city, and colonial center isn’t just a 3 block area of refurbished buildings. It’s about 20 square blocks of thriving city life, with magnificent architecture staring at you from nearly every direction. The city has a deep arts and crafts tradition, and many of the hotels are adorned with locally made crafts, weavings, paintings, ceramics, and sculptures.

The city could soon see some big changes. With the recent change of the Quito airport to about an hour outside the city, it’s going to be increasingly attractive to include other cities in mainland Ecuador, and Cuenca tops the list. All flights from Quito to the Galapagos stop in Guayaquil, and there are direct early morning flights from Cuenca to Guayaquil… so there isn’t any huge advantage to doing your pre or post Galapagos stay in Quito as opposed to Cuenca. We might just be on the verge of some big growth in visitors to this less well known Andean city.