IGTOA Spearheads Pioneering Approach to Guide Training in the Galapagos

2015 had several highlights, but the pinnacle for me (and one of the most rewarding experiences in my professional life) was helping spearhead an innovative guide training program in the Galapagos Islands. The initiative took place during the first two weeks of November, and will raise both the level of guiding in the islands and the level of awareness of the conservation challenges facing Galapagos for future travelers. As current President of IGTOA (the International Galapagos Tour Operators Association), I was deeply involved in getting this training initiated and seeing it through to completion.

The goal of the course was to train 10 elite Galapagos National Park guides in how to train other guides in universal best practices for guiding, with a focus on using conservation as a predominant theme when working with visitors. Putting the course together was a logistical challenge, involving dozens of participants in various locations in the islands (not easy to coordinate from this distance!), but we enlisted the assistance of the Galapagos National Park as well as World Wildlife Fund (WWF) Ecuador to help get the event realized. 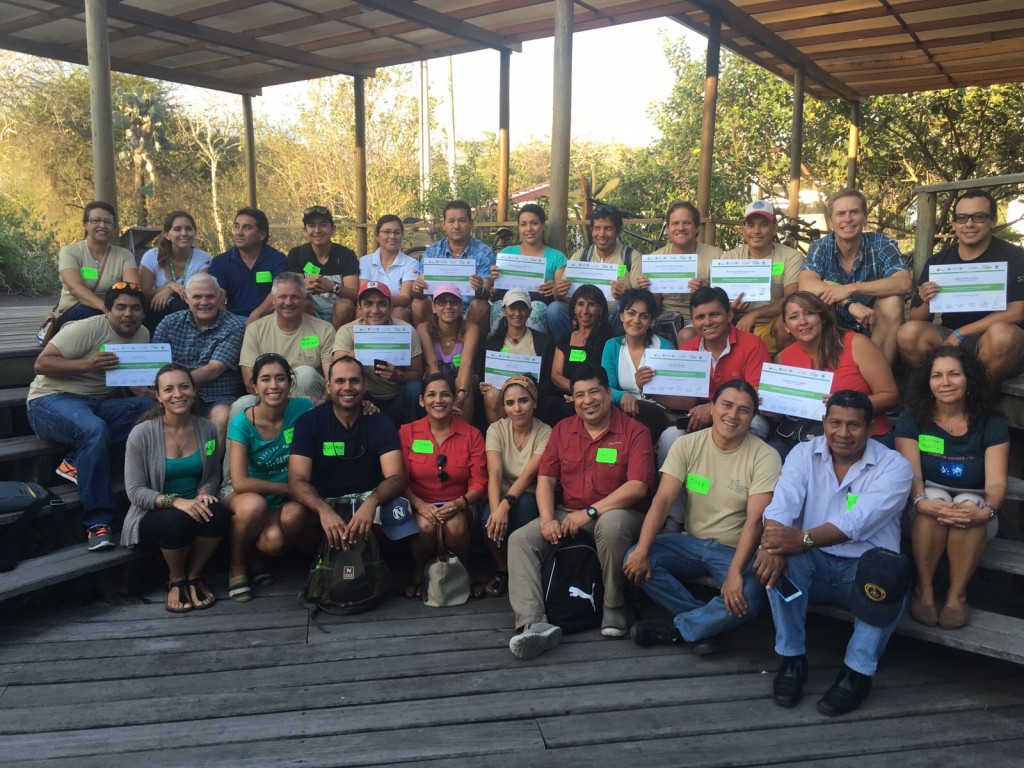 I participated in an earlier guide training effort in the Galapagos in November 2013, which laid the foundation for this current course. For the 2013 course, we had brought world-renowned guide training experts Sam Ham and Tom O’Brien to the Galapagos. (Sam Ham is famous in the guide training universe for having literally “written the book” on thematic interpretation in guiding that is a bible of the genre and used across the U.S. National Park system; Tom is a longtime collaborator with Sam and renowned guide and tour leader for Lindblad/Nat Geo.) In 2013, 20 top Galapagos guides participated, and it was great to see how these top level guides responded to Sam & Tom’s training in thematic interpretation. It was a good event, but we came away feeling that we needed to find a way to get this same training and material on universal best practices into the hands of all of the 300+ guides that are leading tours in the Galapagos, and not just a lucky few. 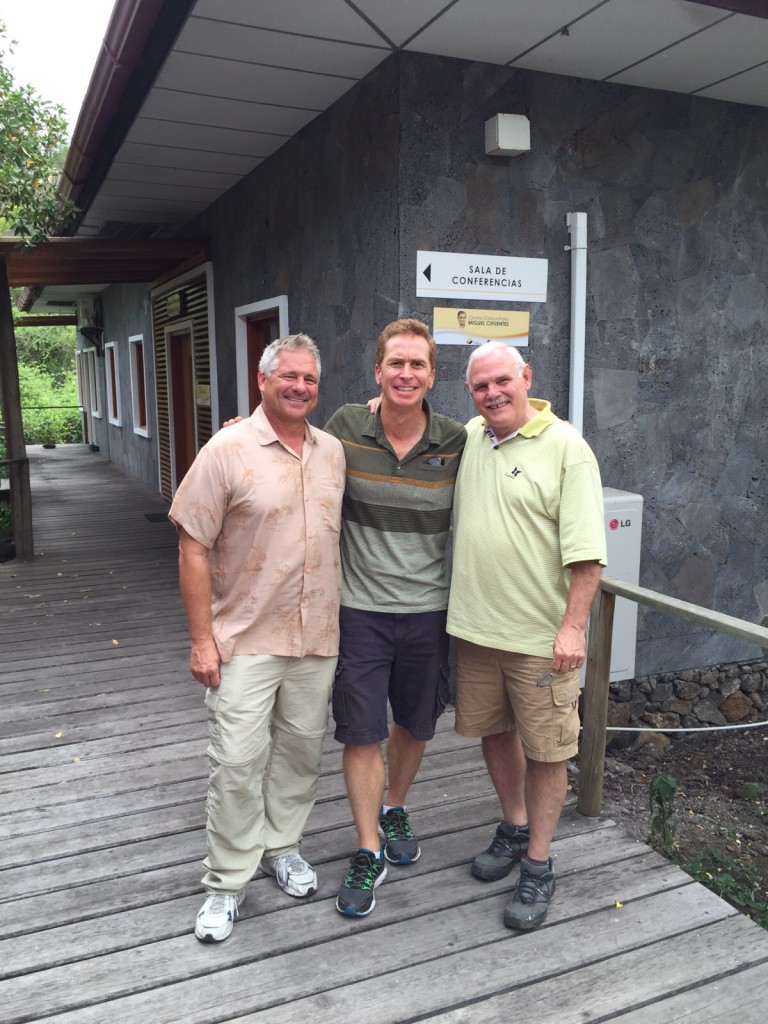 Tom O’Brien, me, and Sam Ham

Out of this came the idea for doing a Training of Trainers course, where top guides are taught how to share these best practices with their fellow guides and train them in how to apply the practices in the context of Galapagos, so that once Sam and Tom leave the islands, the ability to train other guides in these valuable tools continues to reside in the Galapagos and doesn’t leave with them. Nearly all of the 10 elite guides who became Trainers had participated in the 2013 course, so after receiving this course on top of that one they are very well versed in thematic interpretation.

They put this impressive display of knowledge and skill on display during the second week of the course, when they did their “practicum,” or first actual training of fellow guides. We organized two separate full-day training courses, one in Santa Cruz Island’s Puerto Ayora and the other on the island of San Cristobal in the town of Puerto Baquerizo Moreno. Each one-day class had between 20 and 25 local Galapagos guides who showed up to be trained by the new Trainers in thematic interpretation and other best practices. It was a resounding success in both locations, and the local guides were effusive in demonstrating both gratitude and pride in seeing their fellow guides conduct the training so capably. It was truly inspiring to watch.