Wandering the Walled City of Cartagena

It’s been over a decade since I started traveling in Central and South America, but I continue to be surprised and delighted by new and unexpected sights, sounds and sabores here. There are certainly common threads and reoccurring themes throughout the region: a plaza in Peru might remind you of one in Ecuador; a band in Guatemala might play the same salsa hit as a band in Chile; even certain elements of the traditional pachamanca meal in the Sacred Valley of the Incas might seem similar to a curanto culinary experience on the mystical island of Chiloe. Yet despite these similarities, each destination has something truly unique to offer. 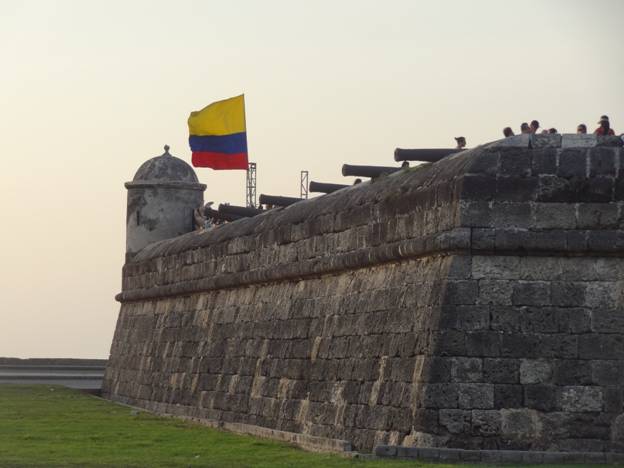 I was reminded of this wonderful local uniqueness on a recent trip to Colombia; specifically, while visiting the city of Cartagena de Indias, on Colombia’s Caribbean coast. While concerns about security have kept many travelers from experiencing Colombia in years past, Colombia is now considered safe for travel and is experiencing a boom in tourism. In the first four months of 2014, the number of international tourists visiting Colombia increased 7.5% as compared to the same period of 2013, an upward trend that has continued since 2002. Travelers from the United States now make up over 18% up these visitors, more than from any other country, and visits to Cartagena, with direct flights from New York, Miami and Fort Lauderdale, have been growing at nearly twice the national rate. 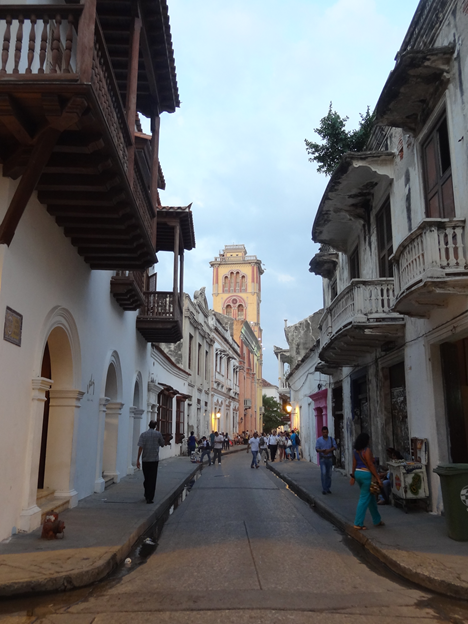 It was in and around the historic walled city of Cartagena that I recently found myself wandering, amazed by the wealth of rich new experiences to absorb. The city was founded in 1533 and was the principal port for the Spanish to export gold taken from present-day Peru, Ecuador, Colombia, Panama, and Venezuela. This activity attracted the attention of British pirates. After the city was sacked by Francis Drake in 1586, the Spanish began fortifying Cartagena, more so than any other city in all of Latin America. Over the following centuries, they constructed the enormous walls and fortresses that are still very well maintained, and which are now a UNESCO World Heritage Site. Walking atop the city’s high walls and taking in the views of the Caribbean coast, the sailing ships in the historic port, the huge fortresses and the colonial architecture along the narrow streets, I couldn’t help but be awed by the visual beauty of Cartagena. 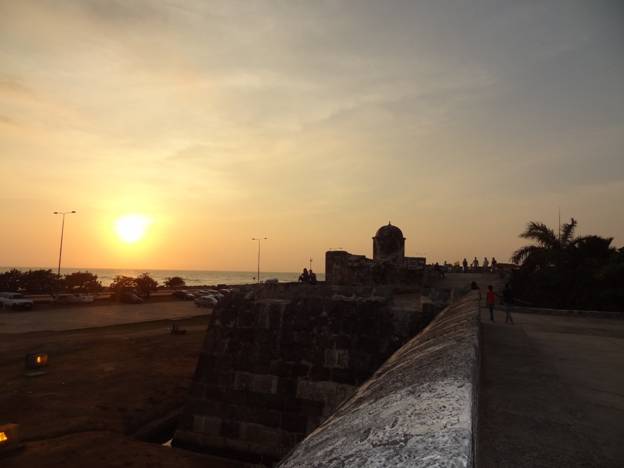 The sounds of Cartagena, from the nice, relaxed Caribbean Spanish of the locals to the lively vallenato accordion street music and local concerts, were another source of joy and surprise on the trip. Much of Cartagena’s population is Afro-Colombian, and African influence on the local music is perhaps most evident in the champeta genre, a local folk styling that incorporates West African rhythms, popular in Cartagena and also in nearby Palenque, a tiny village founded by escaped slaves in the 16th century. Palenqueros, as locals of the village are known, have maintained their own unique language, which has African Kikongo roots, and hearing the brightly-dressed Palenqueras who sell fruit in Cartagena speaking this unique language was unlike anything I’d ever heard in Latin America. 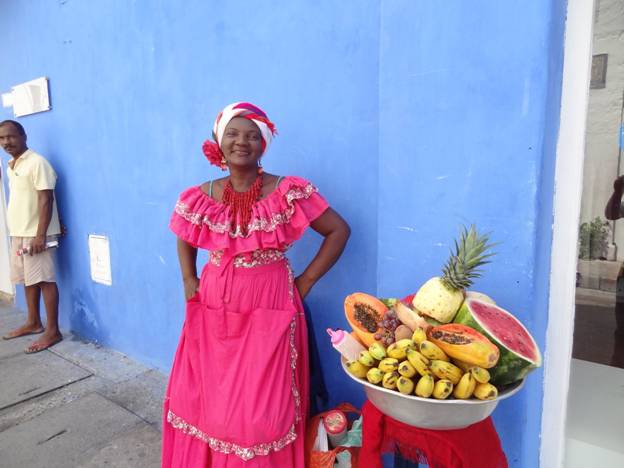 A walking and tasting tour took us into little local bakeries, hole-in-the-wall cafes, and La Cevicheria (whose shrimp ceviche Anthony Bourdain made famous with his visit), trying different local delicacies along the way. One of my favorite things to do in each locale was listen as the server rattled off the long list of exotic fruit juices offered, each time selecting one I’d never previously heard of, and then treating my taste buds to the joy of experiencing a brand new tropical fruit flavor for the first time ever. Colombia has over 20 different types of tropical fruits, many of which are hard or impossible to find elsewhere.

But perhaps my favorite, and most unique, memory from my visit to Cartagena came from simply wandering streets of the walled city one evening, after the cruise ship crowds had left and the palenqueras had packed up their fruit baskets. I wandered right into a free outdoor concert that Jorge Celedon, a Latin Grammy award-winning Colombian vallenato star, happened to be giving right along the centuries-old fortified wall, and found myself among hundreds of locals and visitors, all singing, dancing and enjoying the spirited music and beautiful evening. His playlist included, fittingly, one of his hits, Esta Vida, with its chorus “Ay que bonita es esta vida.” Translation: “Oh, how beautiful this life is.”