I recently took a trip to the northwest region of Argentina, a vast and less-visited section of the country. Some parts are reminiscent of the American southwest, but with many decidedly Argentine cultural twists (well-preserved colonial towns, gaucho culture), and not a few surprises. Among the surprises is Colomé, home to the world’s highest vineyards and an otherworldly museum of works by artist James Turrell. 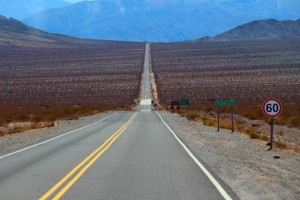 It’s not easy to get there: the massive landscapes and sweeping vistas in this part of the country also mean some long drives. It’s part paved and part dirt road for over 5 hours to the town of Molinos, passing through the charming colonial village of Cachi. Many things make up for the bumpy ride: the spectacular scenery as you drive through Los Cardones National Park, taking in views of the 20,000 foot peaks, stopping to enjoy an asado lunch, and finally spending the night at the Hacienda Molinos, a beautifully-maintained colonial house that is now a very comfortable and first class place to stay. The next day it is another 45 minutes on a particularly bad stretch of dirt road to Colomé, but it’s worth the effort.

Colomé was founded by Donald Hess, of Hess Vineyard in Napa. Originally from Switzerland, he made his name investing in wineries in Napa, but then discovered this region and fell in love with it. He decided to invest in producing top-quality wines from the vines of pre-phylloxera grapes first brought to Argentina from France in the 1850s. 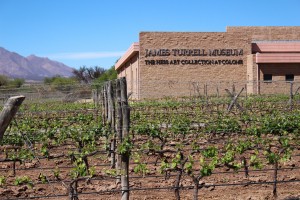 Beyond the wine and the great views, the vineyard has an excellent restaurant and, in an almost surreal touch, an entire 18,000 square foot museum dedicated exclusively to James Turrell, an American artist whose works are primarily concerned with light and space. Donald Hess is known as one of the world’s biggest collectors of contemporary art, and he invited Turrell to participate in the design of the facility, which was custom-built specifically to showcase several of his works. These works involve light projections: they are tough to describe, but we all walked out as if we had just done an hour of meditation.

This may not be the easiest vineyard to get to, but the combination of off-the-beaten-path exploring, great wine and food, a beautiful hacienda turned boutique hotel, and varied cultural experiences make Colomé and the surrounding area a remote and hidden gem.