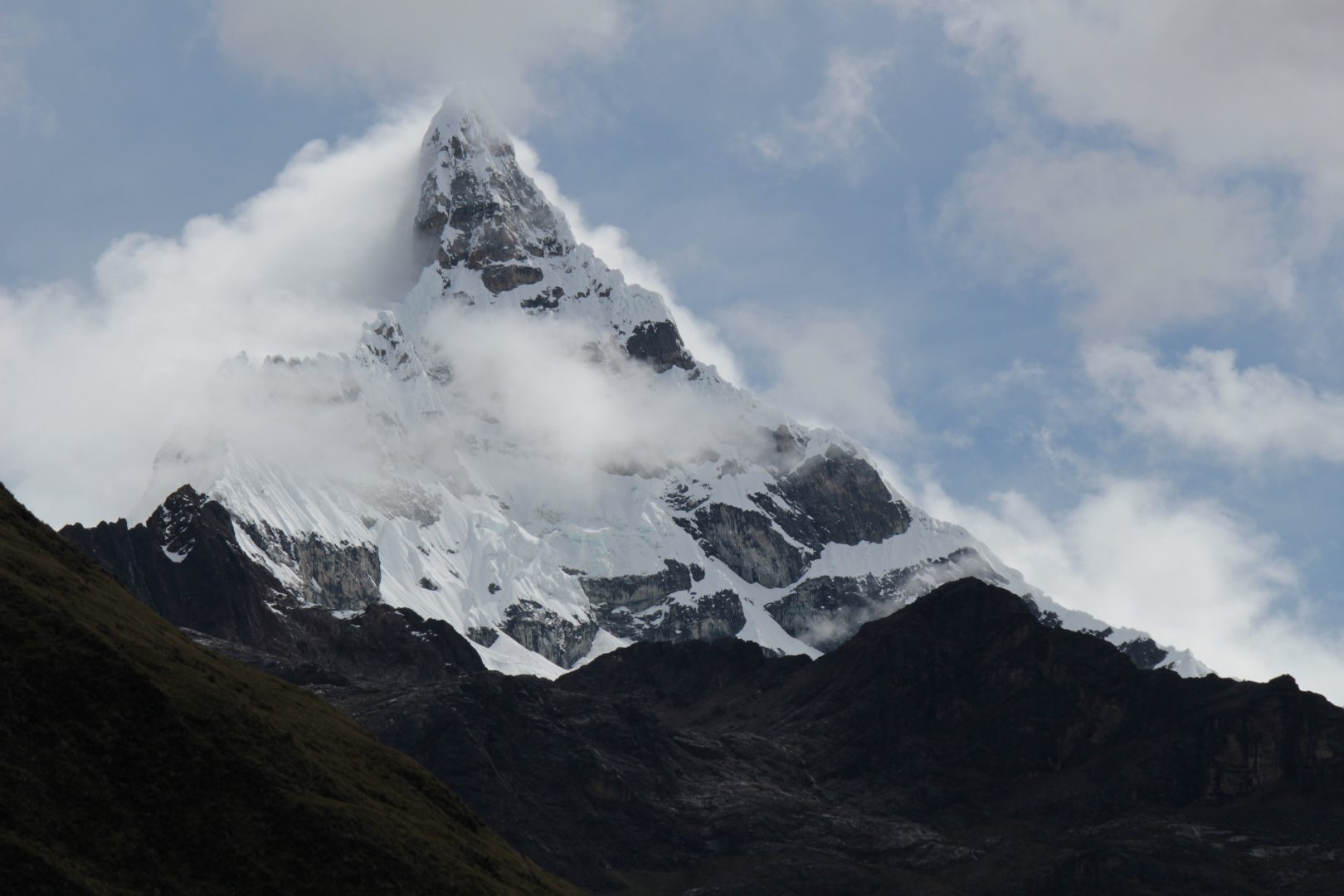 On my most recent trip to Peru I had the chance to return to the Cordillera Blanca, a stunning Andean subrange about a 1 hour flight (or 7 hour drive) north of Lima. I had been to this dramatic region of the Andes to go mountain climbing with a friend in 1998, back when I was still practicing law (yikes!).

There are more than 30 peaks over 6,000 meters in altitude in this subrange, massive glaciers strung out across jagged peaks as far as you can see in either direction. The area is also known for being home to one of the most significant pre-Colombian archaeological sites in South America, the Chavín de Huántar, on the eastern side of the range.

The typical starting point for trips in this area is Huaráz, a small city in the Callejon de Huaylas (literally translated as the Alley of Huaylas, Huaylas being the region’s name during the Viceroyalty of Peru in the 15th century). The Callejon is an inter-Andean valley directly to the west along the length of the Cordillera Blanca and dotted with small towns. Huaráz is a climbing and trekking mecca, with many gear shops and some truly amazing climbing and trekking guides.

Many renowned climbing peaks are in the area, including Alpamayo, Artesonraju, and Huascarán (Peru’s highest mountain, at 22,205 feet), along with some classic trekking routes. The valleys between these towering, glacier-covered giants are filled with lakes, rivers, waterfalls, over 200 species of birds, and unique high altitude native vegetation, including rare high altitude forest.

There are a variety of ways to appreciate the Cordillera Blanca, and trekking is one of the best. The classic Santa Cruz Trek is often done with 4 nights/5 days of camping, with one high pass at 15,500 feet. Those with less time can do it in 2 or 3 nights, with longer trekking days. Travelers who don’t necessarily want to camp out or go multi-day trekking can still get a lot out of this area: there are excellent day hiking options that get you close to the glaciers and out among the rivers and lakes.

I opted to try the Santa Cruz Trek, and it lived up to its reputation as one of the continent’s top trekking routes. The high pass is a pre-Columbian stone road, dating from pre-Incan times and used by various civilizations over the millennia. Along the way we spent one night at the Alpamayo Base Camp, one of many highlights. From our camp we could stare up at the frozen face of this majestic peak, the wind whipping clouds off the summit.

Across the range is also the remarkable Chavín de Huántar, accessible by a 3 hour drive from Huaráz. A product of one of the very first pan-Andean civilizations, the Chavín culture, this ceremonial site was at its most active from about 1000 to 200 BC (though there are signs of habitation from as early as 3000 BC). The Chavín culture prospered in what is known as the Early Horizon, when there is evidence of stylistic similarity and unity in artifacts across a wide range of the Andes, suggesting an expansive or single dominant culture. The Chavín can be seen as one of the main precursors to the pan-Andean civilizations that would follow over the following 1500 years, including the Wari and, just prior to the arrival of the Spanish, the Inca.