Peru’s Mario Vargas Llosa enjoys a fame which in Western countries would be limited to sports stars and pop singers. Not since Byron and Hemingway has the English-speaking world had a literary hero in this mould, but South America does not seem to have got that memo. 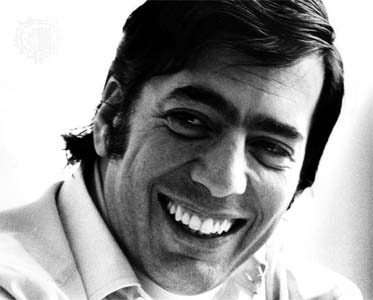 During a visit to Peru I was lucky enough to see Vargas Llosa speak on a temporary stage on the beach at Huanchaco, north of Trujillo. Before the crowd of a few thousand could hear what the maestro had to say, we were treated to a competition between local fishermen to see who could make a tortora (reed boat) in the shortest time. There were also displays of regional dances, (the indigenous taykanamo and the Spanish-inspired marinera) speeches by municipal officials and a finale of fireworks.

But this was all padding. Dr. Vargas Llosa was definitely the pastrami in this sandwich. He gave an address about his research for a novel inspired by an Irishman’s exposure of human rights abuses in the Belgian Congo at the start of the 20th century. What he said was erudite and obscure and more suited to a pretentious book store or an august lecture theatre than to a beach. The audience was also unfamiliar: shod in flip-flops and eating fluorescent hotdogs and pastel candyfloss. To be fair, they probably would have preferred a subject which was slightly closer to home, but they shut up and listened, hung on his every word.

Vargas Llosa has since won the Nobel Prize, so he’s even more of celebrity (both at home and abroad) now. But, as he himself said, “A writer must never turn into a statue.” This is one thing Vargas Llosa could never be accused of. In a career which has so far spanned fifty years and counting, he was written nearly twenty novels, about fifteen works of non-fiction, ten plays and countless essays and articles. Not surprisingly, I haven’t read it all, but some of his novels are among my favourites and they never fail to evoke memories of Peru. 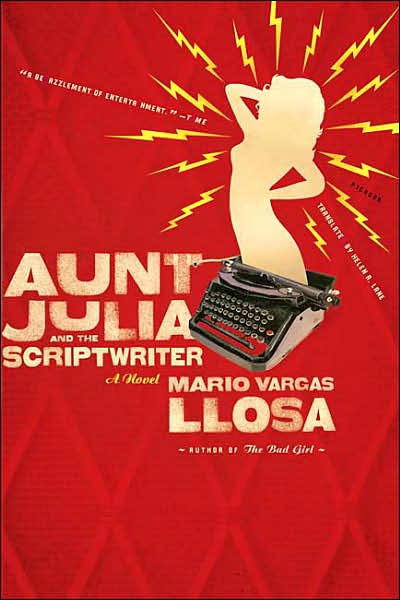 Aunt Julia and the scriptwriter is a charming book. It’s actually based on Vargas Llosa’s real-life marriage to his aunt, when he was eighteen and she was about thirty, but – both parties agree – it is still very much a novel. The love story between Julia and Mario is told ‘around’ interchapters which are the prosaic renderings of the radio soap operas written by Camacho, the scriptwriter of the title. Often when authors employ such a structure one finds oneself favouring one storyline over the other, but with this book they are both equally absorbing. I think it is because the true hero (or heroine?) of this book is Lima of the fifties, in all her glory and all her gore. The soap opera episodes are fantastical, involving as they do Jehovah’s Witnesses, policemen and prostitutes, and Camacho himself is a bigoted character whose hatred of Argentines is almost offensive.  But this all serves to give an image of the Lima which is not frequented by Julia and Mario – the shadier Lima.

Death in the Andes sounds like it should be written by John Krakauer but it is in actual fact a political novel not a mountaineering epic. It is set in a desperate and desolate Andean town and tells the story of Lituma, the policeman from Piura, who struggles to solve a murder in this small mining community. Neither he nor the reader is ever quite sure whether it is the work of terrucos from the Shining Path or if it can be attributed to something more sinister: the huaycos, or spirits of the mountain, who seek retribution for the desecration of their souls by the mining companies. This is a much heavier read than Aunt Julia, but it is not without comedy. It offers great insight into the politics of Peru in the 1980s and sheds light not only on the Maoists, but also on the disenfranchised mountain people who did not stand to benefit from either the Shining Path or the government. The pre-Colombian mythology makes it a magical-realist novel, although this is a magic which is far less dazzling and a lot creepier than anything Garcia Marquez ever dished up.

Vargas Llosa wrote loads, but I think these two books are a great place to start if you’re planning a trip to Peru. If, like I was, you’re done with them before you even get on the plane then I’d advise you to try his debut novel, The Time of the Hero (which gives such an accurate portrayal of a military academy in Lima that it was banned by the military government of the time), before moving onto the epics, Conversations in the Cathedral and The War of the End of the World. Or, if Aunt Julia was more your cup of tea there’s always The Bad Girl. Whatever you read, you won’t be disappointed, and you will find out a lot about Peru while you’re at it.