Crystal was born and raised in Birmingham, Alabama where she attended the University of Alabama at Birmingham and obtained a degree in business administration. As an avid mountain biker and trail runner, her passion for adventure and exploring the outdoors eventually led her out west. Although still a southerner at heart, she now calls western Colorado home. It was after her move to Colorado that she began her career in adventure travel, allowing her to share her passion for exploring with others. Whether on a bike, or on foot, you will most likely find her out on her local trails in her spare time. 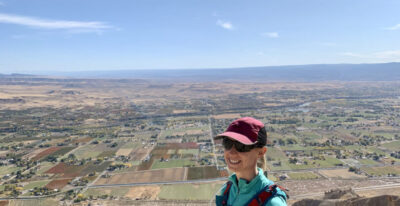 Get in touch with Crystal