Beyond Mendoza: Argentina’s Other Wine Region & the Natural Beauty of the Northwest

Malbec has become synonymous with Argentina. The region of Mendoza is famous for producing this full-bodied varietal, an excellent accompaniment to a big cut of Argentine steak. Yet talk to wine connoisseurs who are well-versed in Malbec, and they’ll likely tell you that some of the best and most under-appreciated Argentine wine is coming from the north of the country, produced in the Calchaquí Valley in the northern province of Salta. This is Argentina’s second largest wine region and one of the highest places in the world that is currently producing wine. The town of Cafayate, which is the hub of the northern wine industry, is located at about 5,600 feet above sea level. The high altitude is what defines the terroir of the region, with cold nights but long days of sunshine, and a dry soil which stresses the vines and causes them to produce less fruit, yielding a higher concentration of flavor in each grape. Torrontes, a crisp and floral white grape, is also particularly well-suited to this region and is the other varietal that has put Cafayate on the wine world’s radar. 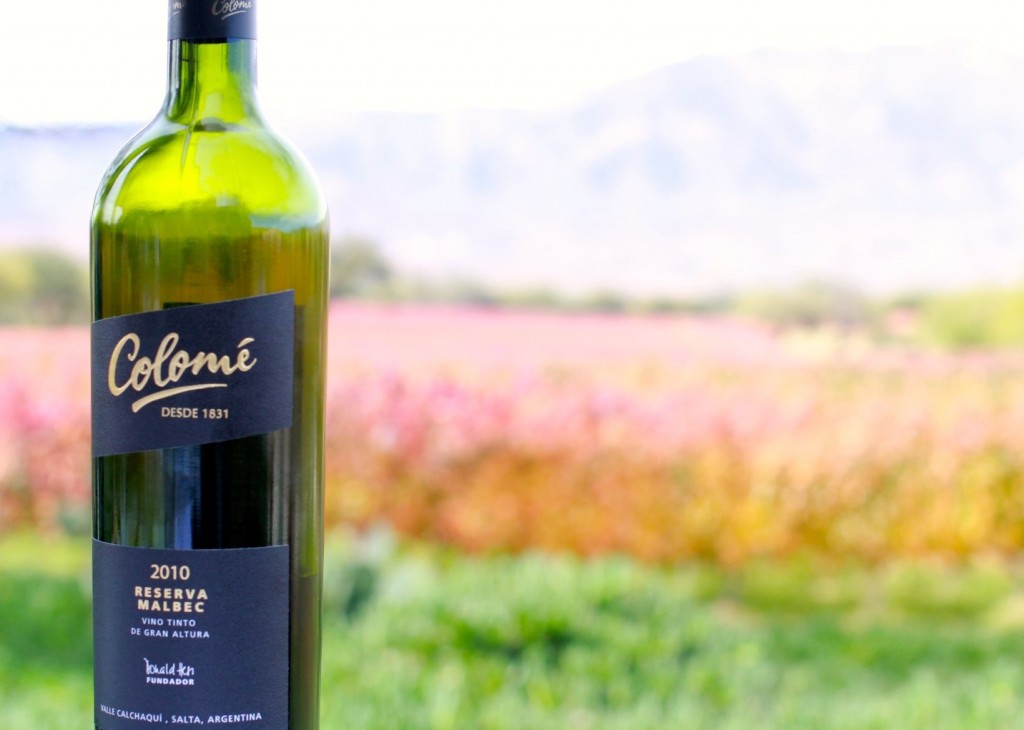 Perhaps my favorite Malbec in the entire country of Argentina is produced at the Bodega Colomé, which is located about 40 minutes from the small town of Molinos and about 2 hours from the town of Cafayate. Colomé is now owned and operated by Donald Hess, a successful Napa Valley vintner, but it was originally founded in 1831. This vineyard grows grapes at elevations between 6,000–10,000 feet and features vines that are over 160 years old. I was fortunate to visit Colomé on a recent trip. After driving down a bumpy but scenic dirt road, my travel mates and I were greeted by the vines in spectacular fall colors surrounded by miles of blue mountains. After a delightful lunch accompanied by – you guessed it – their Reserva Malbec – we were also treated to a tour of the James Turrell Museum. Donald Hess is a great collector of art and collaborated with the contemporary American artist James Turrell to create a museum exclusively dedicated to his work. It was fascinating to walk through Turrell’s large-scale works that are largely concerned with light and space; an avant garde experience miles away from a town or even a paved road!

The Colomé winery is a cultural and gourmet highlight of the region, but the stunning natural beauty is perhaps the real draw. On the route described in our Northwest Argentina itinerary, you pass through the Quebrada de las Flechas (Gorge of Arrows) and the Quebrada de las Conchas (Gorge of Shells), two stunning valleys that were carved out over millennia by water and now contain bizarre rock formations with layers of texture and color more akin to the scenery of Sedona or Zion National Park than anything I had seen in South America before. 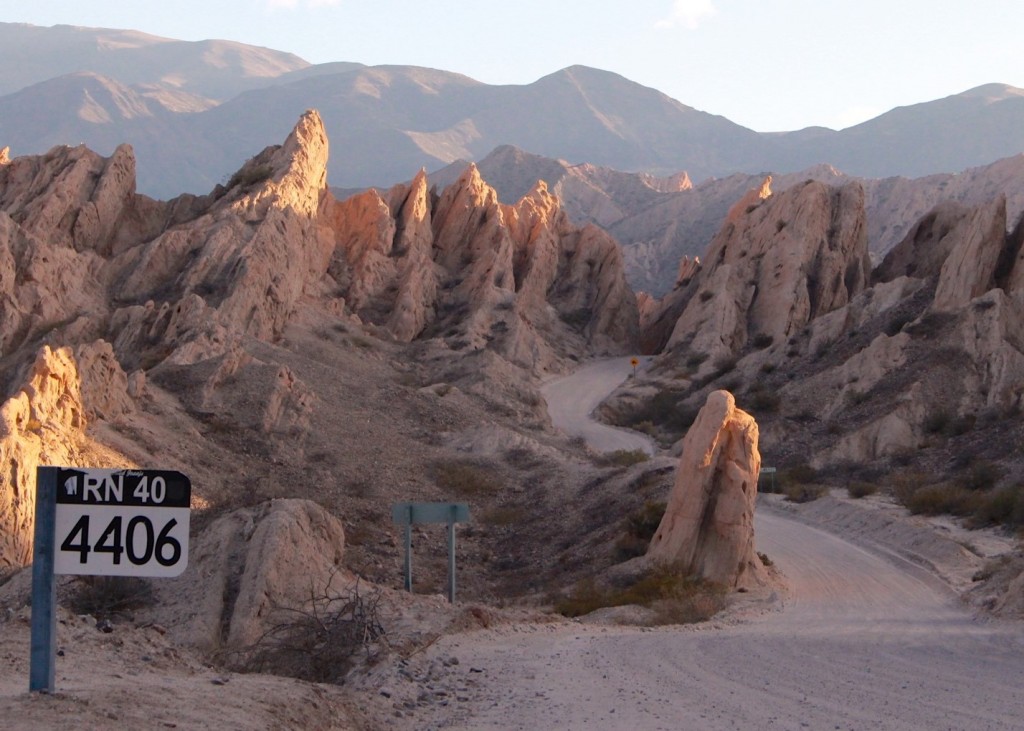 Quebrada de las Flechas at sunset – the picture is straight, the rocks are not!

This region borders the countries of Bolivia and Paraguay and has a distinct indigenous culture that feels like another world compared with the cosmopolitan and European flavor of Buenos Aires; this difference is found perhaps most notably in the food, which in the north is often spicy and features ingredients more common in Bolivian and Peruvian food, such as the ají chili. Everywhere you go in the north, there is a local variety of delicious empanadas served with spicy ají salsa. 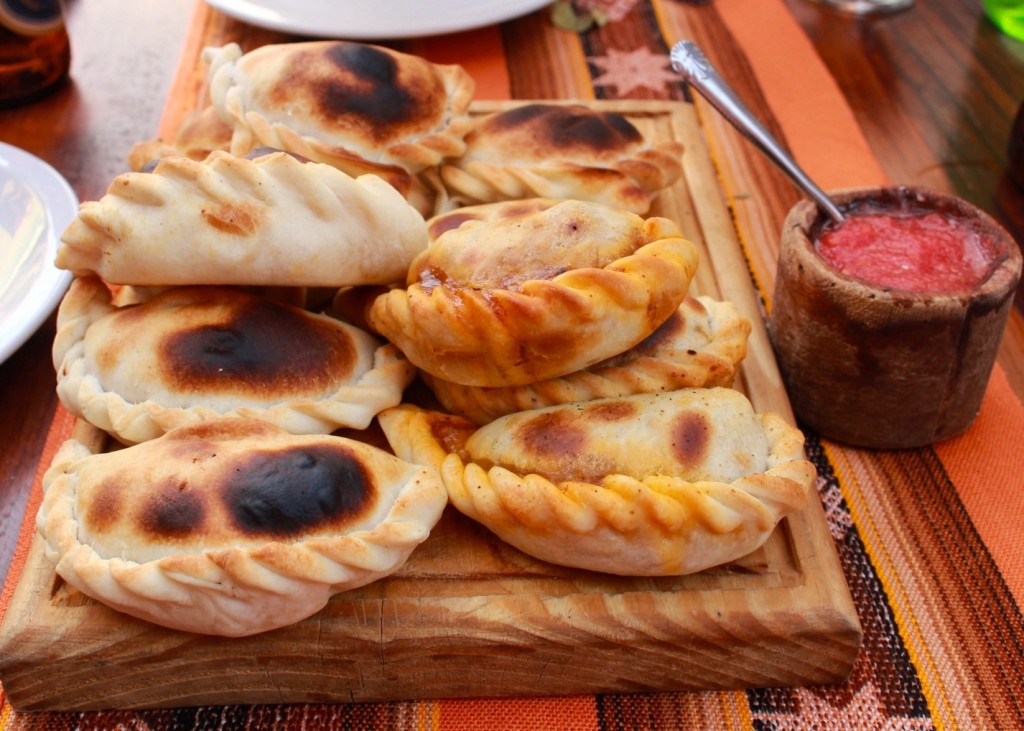 Although Mendoza enjoys name recognition as the center of Argentina’s wine industry, if you’re looking for cultural diversity, stunning and unusual natural landscapes, and truly world-class wines, then ask us about designing a custom trip for you that will include the northwest of Argentina!