Not Just a Day in the Park

As a kid, I would lie awake in anticipation of the next day whenever a storm was on the horizon and I didn’t yet know how much snow would fall on the local ski mountain. When I opened my eyes in the morning I would jump from bed and run to the window, hoping to see new snow on the hill across the valley. Then I would call the snow phone (which was, and likely still is, 541-482-2754). For me this was better than Christmas Eve, and I can still remember my feeling of excitement as I woke up on those mornings. Some 20 years later, that same excitement struck again – except this time, I didn’t have skis with me and I wasn’t looking for snow.

I had traveled the previous night from Puerto Natales to Torres del Paine National Park in Chile, with the wind howling and intermittent rains coming down. Fortunately, I had spent time in Patagonia several years prior and knew how quickly the weather could change. With childlike enthusiasm, I jumped from bed as I woke the following morning, raced to the enormous picture window of our Awasi Patagonia villa, and drew up the blinds. There in front of me was something out of a painting. A clear sky, sun not quite up, and a full view of the famous Paine Massif on the horizon. Accented by Lake Sarmiento in the foreground and a nearly full moon overhead, it was exactly what I had traveled thousands of miles to see.

The Paine Massif at dawn

During breakfast the sun crept up over the hills and shined a warm glow on the mountains, making the scene that much more spectacular. My eggs went cold as I raced between the dining room and porch to snap pictures, each time coming inside only to see the light shift again and create another magical moment that I would race back outside to capture. We ate quickly, despite Awasi’s excellent food, because we couldn’t wait to get our gear on and head out to the French Valley for our first full day of exploration in Torres del Paine National Park.

We drove for about 50 minutes to the northwest corner of Lake Pehoé, where we boarded a catamaran that took us across the lake to the Paine Grande Ranger Station. (The famous Patagonian wind was in force, as you can see in the photo below by my dad’s hair plastered against his face and the angle at which we were standing.) After disembarking, our group (three fellow travelers, my father, our guide Felipe, and myself) began the four-hour trek along Skottsberg Lake to the Italian Ranger Station, from which we headed off to the French Valley. We couldn’t have asked for better weather, nor for a better guide than Felipe. As Felipe discussed the different geological formations and how these mountains came to be, the rest of us focused on putting one foot in front of the other, trying not to trip as we marveled at the Cuernos (horns) towering over us straight ahead and Paine Grande just off to our left.

Once we reached the Italian Camp we hung a left and began the trek up into the French Valley. Water streamed down from the valley walls, merging into the French River and forming a torrent of glacial water flowing into Lake Nordenskjöld. This incredible view was accented by hanging glaciers at the top of the surrounding peaks and the sound of avalanches cascading over the sedimentary and granite rock formations. The trail passed through one last deciduous forest before we popped up on the French Lookout, spires jutting up in each direction with the teal-colored waters of Lake Pehoé off in the distance. This was what we were hiking for.

Our trek to the French Valley was a perfect day of hiking, rounded out by great company and an excellent picnic lunch from Awasi. It was, without a doubt, not just another day in the park. 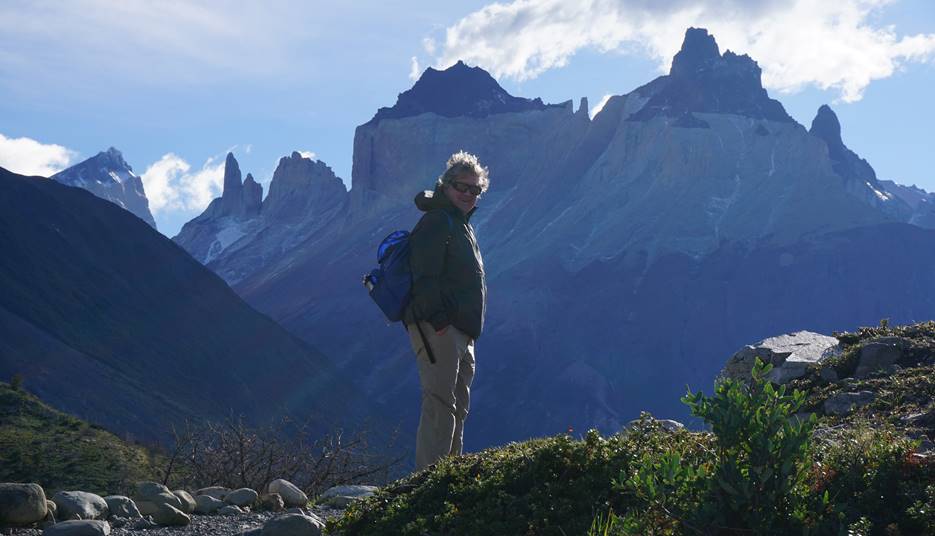 Dad taking in the view