Easter Island: Worth the Trip?

Easter Island is arguably one of the most unique destinations in South America, with a culture and history utterly distinct from the mainland of Chile or the rest of the continent. While it is officially a part of Chile, modern Rapa Nui (the name for Easter Island in the indigenous language of its people and also the name of its people) shares an ancestry with Polynesian cultures, and the island forms part of the Polynesian Triangle with Hawaii and New Zealand.

Often our clients will come to us with great enthusiasm and interest to visit this unique place – and rightfully so – but they become discouraged when they learn the amount of travel necessary to reach the island. Currently, the only commercial flights from mainland South America depart from Santiago, Chile and the flight takes 5 hours each way. On a recent trip to the island, I sought to answer a question I often discuss with my clients: Is the trek out to Easter Island worth it?

The island is surprisingly tiny (about 64 square miles in total) and is one of the most remote inhabited islands in the world. Most prospective travelers have heard about or seen the famously enigmatic moai, the large stone statues that the population produced with considerable effort between the 10th and 16th centuries, and are intrigued to see them up close. 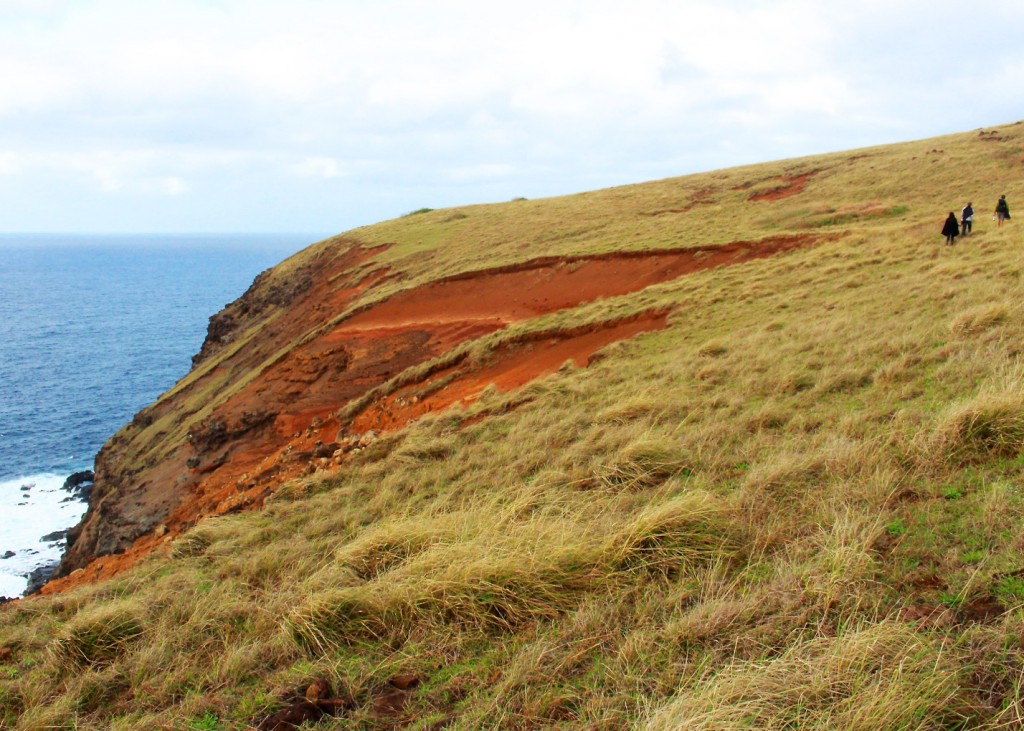 The hike from Ahu Vinapu to Rano Kau Crater

I, too, was looking forward to seeing these monoliths in person. My first day on the island I walked with my guide to the site of Ahu Tonariki. Ahu means “platform,” and Ahu Tonariki is considered one of the highlights of the island for its 15 massive moai perched on a platform along a beautiful stretch of coast. It was raining when we arrived at the site, but within minutes the clouds broke and a rainbow appeared, perfectly framing the moai. My host at the hotel Explora Rapa Nui, Michael, told me that if the first Europeans who stumbled upon the island were more poetic they would have named it “Rainbow Island” because of the subtropical climate which has perfect conditions for producing daily rainbows. Instead, the first European visitor, Dutch explorer Jacob Roggeveen, named it “Easter Island” because of his arrival on Easter Sunday, 1722.

The hotel Explora is still the most luxurious accommodation option on the island and, like its sister properties in the Atacama Desert and Torres del Paine, continues to set the bar for a very comfortable stay while also providing high quality, active excursions for its guests. The guides at Explora are all native Rapa Nui and provide a very interesting anthropological perspective, with many guides drawing on their knowledge of the island’s oral histories that have been passed down in their families for generations.

I expected to be impressed by the statues (and I was), but I was particularly startled by the natural beauty of the island. Another highlight is the Rano Kau Crater, which is located close to the ceremonial village of Orongo, or the Birdman area. Explora often arranges this excursion in a more active way, and with my guide and fellow Explora guests, we did a stunning hike along the ridge from Ahu Vinapu on the southwest part of the island up to the Rano Kau Crater. The slope is mild and the views of the vast Pacific surrounding us on all sides unforgettable. We reached the top and looked down into a deep crater filled with moss and multicolored ponds. The Rano Kau Crater was formed when the volcano of the same name erupted; this is one of 3 volcanoes whose eruptions formed the island we now know as Rapa Nui.

The author peering inside the Rano Kau Crater

Another volcano is called Ranu Raraku, and this volcano contains a quarry from which the majority of the moai were carved and then moved to various parts of the island. The exact method of moving the statues is still unknown and a great source of debate among archaeologists. Some of the moai still remain in the quarry, partially formed by their creators but, for reasons that are also unknown, abandoned. 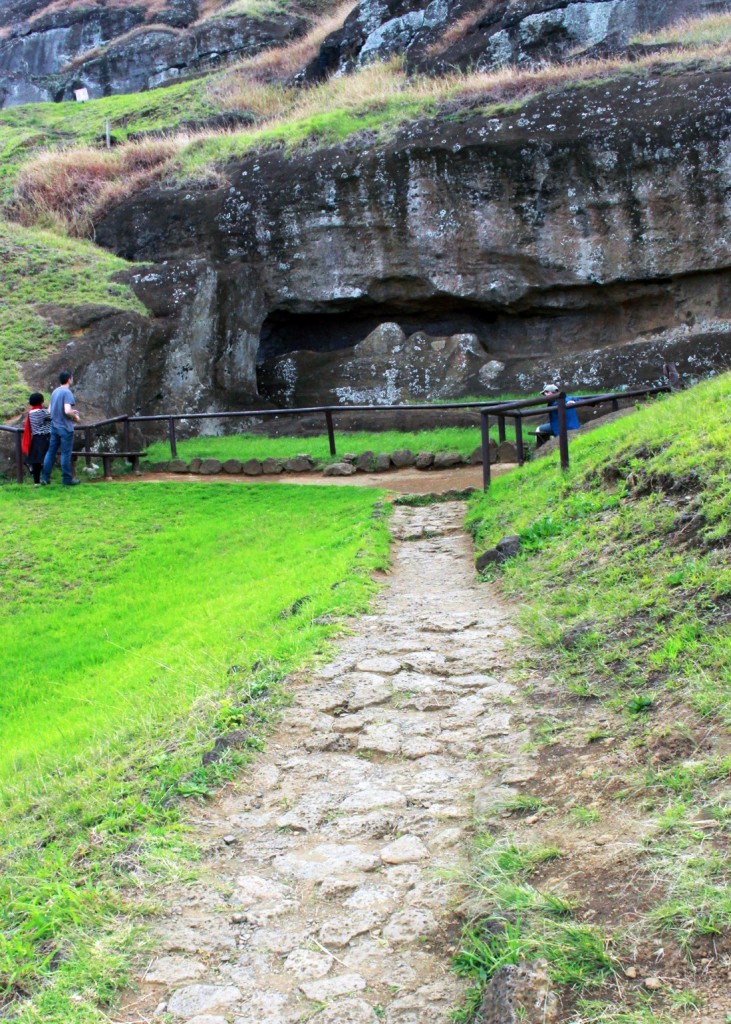 If you can’t fit the 5-star Explora Rapa Nui into your budget, then an excellent alternative is to stay at another hotel closer to the main town of Hanga Roa; our recommendation is the 4-star Hangaroa Eco Village & Spa. We can then arrange a private guide to accompany you around the island. I visited the quarry with the wonderful local guide Josie Nahoe Mulloy. Her grandfather was one of the first archaeologists working on the island, William Mulloy, who worked with prominent archaeologist Thor Heyerdahl during his first expeditions to Rapa Nui.

So is it worth spending 10 hours on a plane round-trip to visit this place? Like so many things in life, the answer will come down to one thing: priorities. There is no denying that a trip to Easter Island will add on to the cost and total travel time of your trip to Chile, and it’s necessary to give yourself at least 3 nights on the island, which will give you 2 full days to explore its main highlights, though 4 nights is better. Due to the time and expense to reach this place, it is best to think of it as its own destination rather than a convenient side-trip from Santiago. If the moai and unique history of the island is intriguing and you want to prioritize Easter Island over perhaps another highlight of Chile, then you should make the effort. The natural beauty, stunning moai, and modern Polynesian culture are very much worth the trip.