Yesterday, in the spirit of Halloween, I asked my husband to tell me a scary story from his native Chile. The story he related comes from the cool, misty shores of Chiloé Island: The Legend of the Caleuche.

An ethereal fog sometimes engulfs the island of Chiloé. Legend holds that occasionally, at low tide, the wind carries ghostly music and soft voices out of that fog. The air grows cold as these sounds drift over the waves, and in the mist offshore, a shape appears – the Caleuche, a lovely white sailing ship full of bright lights and the music and laughter of a party. 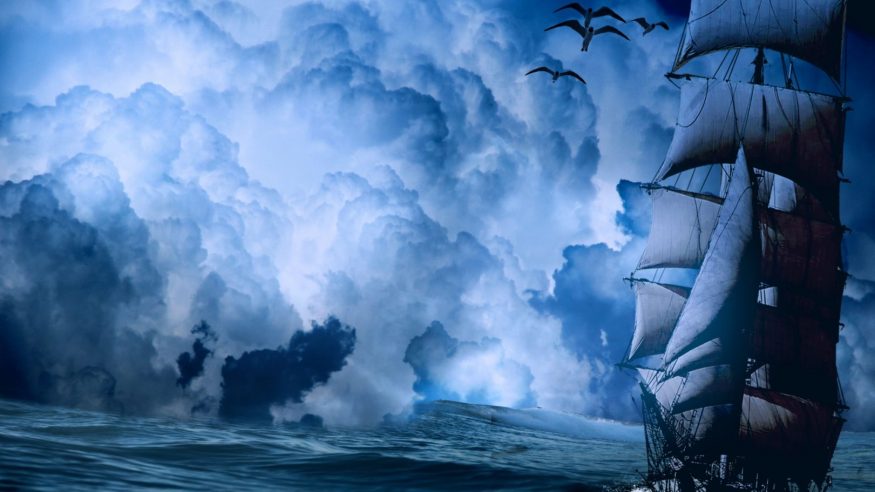 Some say the Caleuche is a living being, luring sailors and fishermen aboard with its ghostly music and enslaving them for all eternity. Others say it is a vessel crewed by those who have drowned at sea, brought to the ship by water spirits to live again. Still others claim that the Caleuche is crewed by warlocks who make magical pacts with certain traders, offering them prosperity in exchange for dark favors and promises. (Because of this last version, when a chilote gets rich quickly, it may be whispered that they have made a pact with the crew of the Caleuche.) Those who see or hear the Caleuche but resist its call are turned into marine animals, such as seals or sea lions.

Whichever version of the Caleuche legend you prefer, if you enjoy folklore, Chiloé is a fascinating destination. Contact us to start planning your visit to Chiloé, a place rich in tradition and mythology – and when you’re there, don’t forget to ask a chilote about El Caleuche, La Pincoya, El Camahueto, and the other local legends that give this archipelago such a unique personality!