Latin American Music as a force for political change

A couple of weeks ago I wrote a blog that looked at a few of the musical genres which define a very musical continent, but this week I’m going to focus specifically on two genres which have wrought social and political change. Both music and political instability are ubiquitous in South America, so it goes without saying that the two have had a long and tumultuous relationship, but I am particularly interested in two genres which were born in the 1950s and 60s and have had a huge impact on the political landscape of Argentina and Chile.

Nueva canción originated in Chile in the 1960s but it soon spread to other parts of Latin America as well as Spain (where it played an integral role in Catalan nationalism) and Portugal. As a genre it was primarily committed to social good, and it focused on this by resuscitating traditional folk music – in South America this often meant Andean music.

The movement was decidedly left wing, and in Chile it was particularly closely linked to the communist party, which went so far as to create its own record label for the dissemination of nueva canción. Many of the leading lights of nueva canción were imprisoned and tortured for their beliefs during Pinochet’s rule.

The Chilean musician and ethnomusicologist Violeta Parra was central to the origins and development of the genre. She collected over 3,000 Chilean songs, recipes, traditions, and proverbs and resuscitated many of these on stage. Her seminal anthem Gracias a la vida remains popular throughout the Hispanic world. Joan Baez brought it to US audiences and it was even adopted by the Orange Revolution in Ukraine in 2004 and 2005. This version performed by Mercedes Sosa (a major figure in Argentine neuvo cancionero) is breathtakingly beautiful.

Rock nacional or Argentine Rock remains exceptionally popular in Argentina. Its music is exclusively written and performed in Spanish and as such it is one of the largest genres of non-English rock anywhere in the world. Rock music was first brought to Argentina from the US in the 1950s, but in the early years it was restricted to copycat covers of English hits. Rock nacional’s major breakthrough came in the mid-60s thanks to bands like Los Gatos, Almendra and Manal.

Much like North American rockers, the young, long-haired musicians and fans of rock nacional were opposed to war. The only difference was that Argentines did not need to look as far as Vietnam – their war was right at home. From the very beginning luminaries of rock nacional were targeted by the military governments of the 60s, 70s and 80s and imprisonment, torture and ‘disappearances’ were not unheard of. 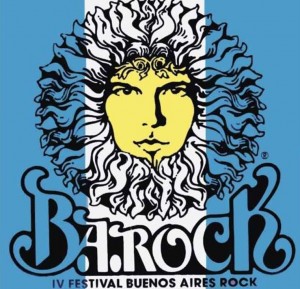 Strangely, rock nacional was still allowed to flourish throughout the military years and live performances often contained anti-government lyrics and diatribes which were not present on studio versions. I had a hard time choosing one song to represent such an enormous genre, especially when one considers songs like Maribel se Durmió by Luis Alberto Spinetta and Sólo le pido a Dios by Leon Gieco, but eventually I settled for Los Dinosaurios (a reference to the dictators themselves) by the undisputed poster boy of rock nacional, Charly Garcia.

As is often the case this blog has only scratched the surface of a vast and fascinating topic, but I hope it has provided some insight into a tragic yet fascinating period in the political and musical histories of both Chile and Argentina. At Vaya Adventures we believe in truly experiencing the cultures of the countries we travel to, and what better way to do this than through the most emotionally-charged Latin American music of all?