Before I Worked for Vaya: Guatemalan Historical Research

While employed with Plumsock I was involved in helping research what has become the following book: 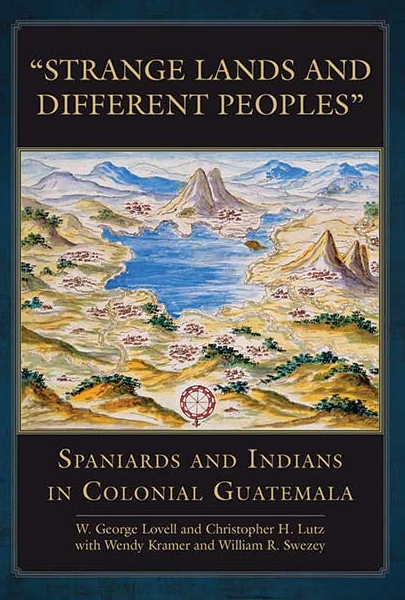 This book takes a look at a specific moment in Guatemalan history: the first 100 years after Spanish conquest, 1524-1624. Using primary sources (mainly census data collected by the Spaniards), the authors relate the many injustices and abuses of the Spanish colonizers and the devastating effect of disease on the native population. The book is likely more academic in nature than someone brushing up on basic Guatemalan history might enjoy, but the authors draw many connections between the darkness of the colonial period and present-day social conflicts in Guatemala.

I was also involved in a recent publication by these same authors, entitled Pillage in the Archives: The Whereabouts of Guatemalan Documentary Treasures.  This article focuses on the rediscovery of the Libros Segundo y Tercero del Cabildo de Guatemala (Books Two and Three of the City Council of Guatemala). The Cabildo was the local government the Spanish crown set up to help administer their fledgling colony in Guatemala, and they documented their proceedings in large volumes known as the Libros de Cabildo.  Book 1 has been safely housed in the Archivo General de Centro America (Central American General Archive) in Guatemala City for years and widely studied, but the two subsequent books went missing in the 19th century.  It had been my employers’ lifelong search to find them.  So when they received an email from a colleague who specializes in Mexican history that casually mentioned, among other titles, their presence in the Hispanic Society of America in New York City, they were on the next plane to New York.  After the discovery they launched into a long research project trying to piece together how the books first left Guatemala, and how the owner and founder of the Hispanic Society of America, Archer M. Huntington, acquired them. 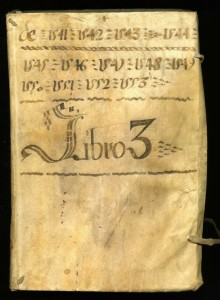 The details still aren’t perfectly clear. The last official record of the books being in Guatemala was in 1892, when a photographic copy of the books was made for the Hispano-American Exposition held in Madrid that year to honor the 400th anniversary of Columbus’s arrival in the new world. The next record of the books appears in a catalogue compiled in 1913 by German book dealer Karl W. Hiersemann, who sold large quantities of precious documents to Huntington over the years. Huntington acquired the contents of the entire catalogue for a deep discount. It is unknown how Hiersemann acquired the books or if he even ever set foot in Latin America, but the authors speculate that he had contacts on the ground with business-minded Germans who ran coffee farms and cattle ranches in Guatemala, several who were well-known bibliophiles.

Why the books were never found by a scholar who knew of their significance to colonial Guatemalan history until 2012 is also a bit mysterious; one of my employers had visited the Hispanic Society on numerous occasions, but the Cabildo books – perhaps because they pertain to Latin America rather than Ibero Spain – were never prominently displayed. A complete transcription of the books was commissioned in part by Plumsock; these transcriptions will make the contents of the books accessible to future scholars in Guatemala and worldwide.