Worth the Trip: A Visit to Paraty

Throughout my years of planning trips to South America, Paraty has always been one of those places that gets overlooked in favor of spending more time in its iconic metropolitan neighbor. Rio de Janeiro is, of course, inarguably glamorous and vibrant; it has one of the most stunning backdrops of any city in the world, so when someone has just a week or two for a trip, it’s understandable that Rio often gets priority. But venturing out of the city for a few days to Paraty, a 4-hour drive south, will immerse you in some of the most beautiful landscapes in Brazil, along with some of the most varied excursions you can find in just one destination. 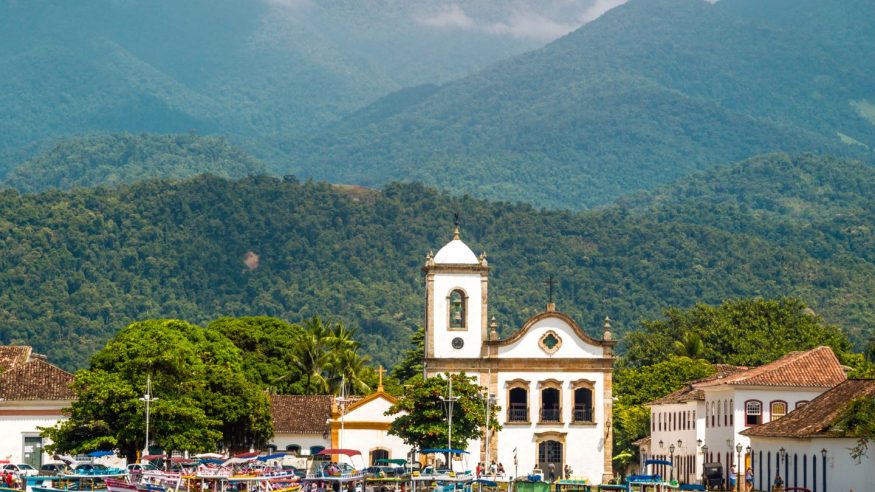 This colonial Portuguese town is set on the aptly-named Costa Verde (Green Coast) in a stretch of Atlantic rainforest along turquoise waters dotted with over 300 sub-tropical islands. The historic part of the city is made up of brightly-painted 17th century buildings lining cobblestone streets where no cars are allowed, and is filled with fantastic restaurants, vibrant samba clubs, and exciting outdoor options for those who are seeking something a bit more active.

Paraty has always been a place of ideas, ambition, and revelation. Settled by the Portuguese in 1667, Paraty experienced booming growth in the 18th century as one of the main ports to export the gold brought down from the mountains. It eventually fell into disarray and became a bit of a ghost town, but has been revived over the last 20 years as a haven for the bohemian and artistic. It’s now one of the best-preserved colonial towns in South America. As I found during a recent trip there, it also has quite the scene for art, literature, and the nurturing of creativity. 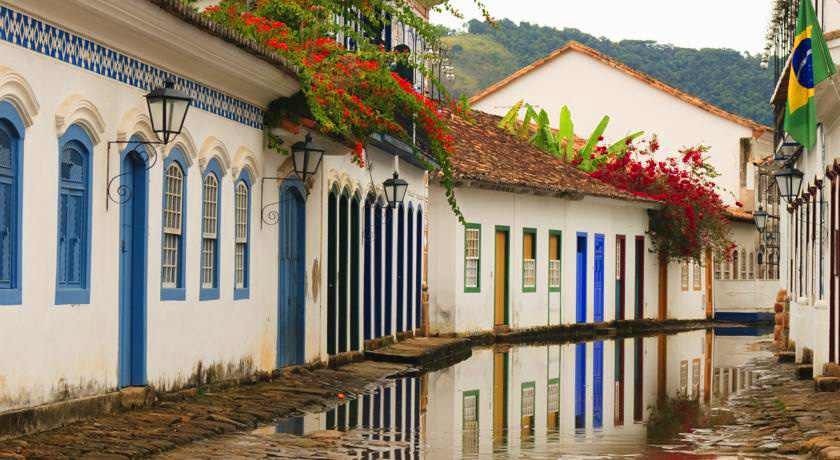 When I arrived to Paraty in the late afternoon, the low-lying cobblestone streets of the historic old town were flooded. This is a common occurrence near the port, where high tide regularly brings seawater into the streets. The streets were actually engineered this way in the 18th century, so the population could take advantage of high tide to clean their streets. I found a dry path leading to the back entrance of my hotel, a nine-suite boutique property right near the water, and I knocked on the door. It swung open and Tete Etrusco, the owner of this turquoise-painted oasis and a ball of energy known by everyone in town, ushered me in, offering me hot tea and cake. The hotel is called Casa Turquesa, but every local said “Oh, you’re staying at Tete’s house!” I truly felt that I was staying at the home of a friend (or my cool aunt).

That evening, I went out to explore the town. I walked along the large mismatched cobblestones lit by street lamps, turning corners and hearing the sounds of samba and laughter from nearby bars and cafes. I passed cultural centers that offer concerts and classes to locals, small theatres, a puppet workshop, and galleries and exhibits. This is also where the International Literary Festival is held every July: world-renowned international authors and Brazilian writers converge to preserve and appreciate local Brazilian literature and the Portuguese language, as well as various themes in international literature. 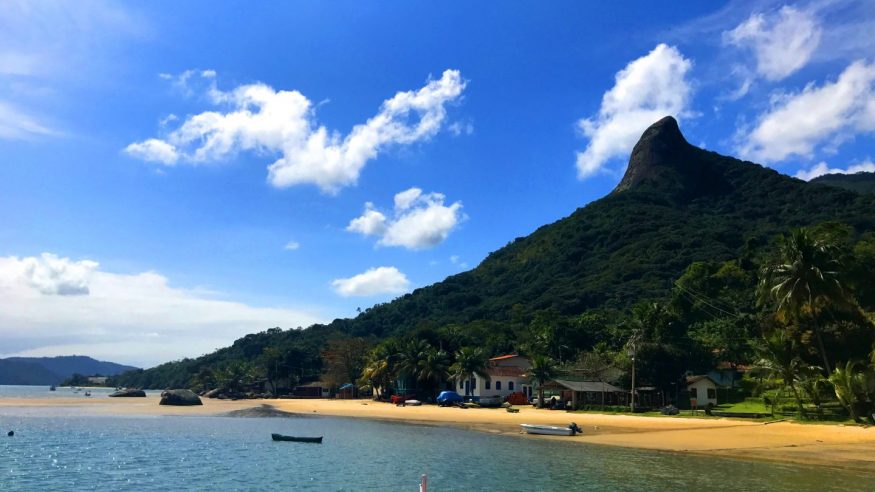 One of my favorite parts of visiting Paraty was just deciding where to eat. On streets filled with so many equally intriguing restaurant options, I chose Casa do Fogo (House of Fire), a small bistro serving Brazilian cuisine flambeed in cachaça, a distilled spirit made from sugarcane. I decided that Paraty is the charming and quaint answer to Rio de Janeiro.

The next morning, after a delicious breakfast of fresh fruit, homemade breads and pastries, and eggs to order at Tete’s house, I met Ricardo, my private guide, and we headed west into the surrounding mountains. We hiked along the remnants of the Cominho Ouro (Gold Trail), the trail that was used hundreds of years ago to transport gold to the port, and searched for monkeys and toucans through emerald foliage. Ricardo explained that he loves Paraty so much, and all that it has to offer, that he left a career in finance to pursue his true passion, guiding lucky travelers around this beautiful region every day. 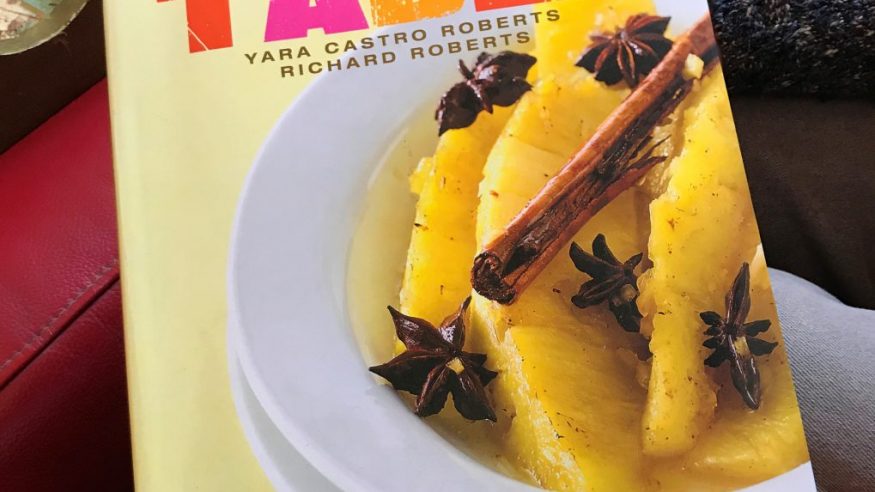 Once back in town, we stopped by Yara’s Academy of Cooking, directly across the street from Casa Turquesa, an outing that Ricardo highly recommended for a truly culturally authentic experience. We knocked on the door of what is actually Yara’s private home, and were immediately greeted by her bright smile. This kind of greeting was pretty typical of all of my encounters in Paraty. She invited us into her living room for coffee, where she told me all about how she and her husband Richard own and operate this cooking school, providing an intimate dinner experience for up to just 12 guests per night. Richard is originally from France but grew up in New York City, and Yara is Brazilian. They met in France, then spent years together in the U.S. working in completely different careers, but Yara’s passion for cooking developed into an Emmy award-winning cooking show. They eventually moved to Paraty to share their culture and passion with their guests, publishing a cookbook along the way. Richard starts the experience with a caipirinha demonstration, the famous Brazilian cocktail made from cachaça, then begins the preparation of dishes. Finally, everyone gathers at the table to enjoy the four-course meal they prepared together. Yara and Richard are fascinating storytellers and aim to share a deeper understanding of Brazil through their dinners, using the food of six traditional regions of Brazil as a lens for viewing the country’s history and culture. 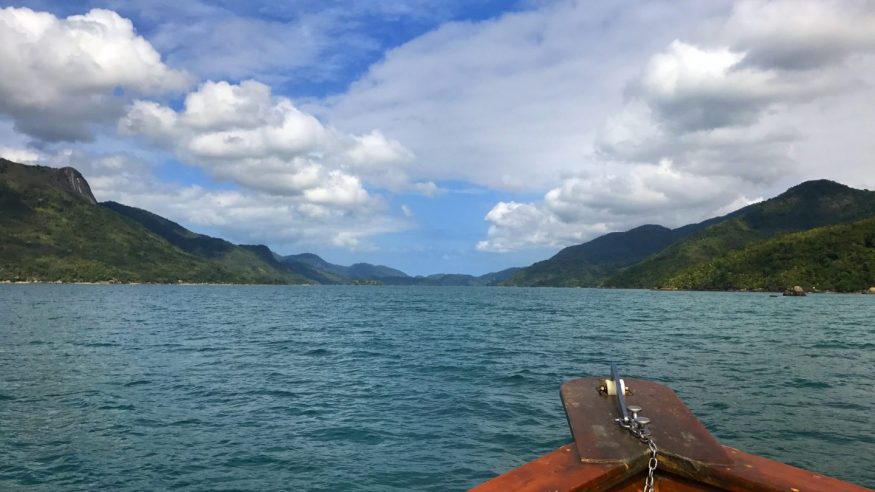 My next day in Paraty, and my last full day there, was for exploring the lesser-known nearby area of the Saco do Mamangua. A private schooner ride takes you the 2.5 hours to the country’s only tropical fjord, where you can snorkel, stand-up paddleboard, swim, or just relax on the pristine beaches. I sat on the top deck of the schooner eating fresh fruit and enjoying a caipirinha and watched island after island fade away in the distance as new ones appeared. Once in the fjord, we disembarked from the schooner onto an empty beach and hiked a couple hours to the top of Mamangua Peak, where we were greeted by panoramic views of the green coast and surrounding islands. If you have an extra night, you can pause here and spend it at Refugio de Mamangua, a rustic lodge on a private beach, which gives you an off-the-beaten-path and off-the-grid experience where you can just enjoy a respite with no distractions. This lodge doesn’t offer Wi-Fi, and dinners at the restaurant are candlelit, serving only fresh seafood caught directly in front of the hotel. It’s very simple, but clean and comfortable, and you’ll probably feel like all you need are your private balcony and hammock, the breeze off the fjord, and the bright tropical waters. 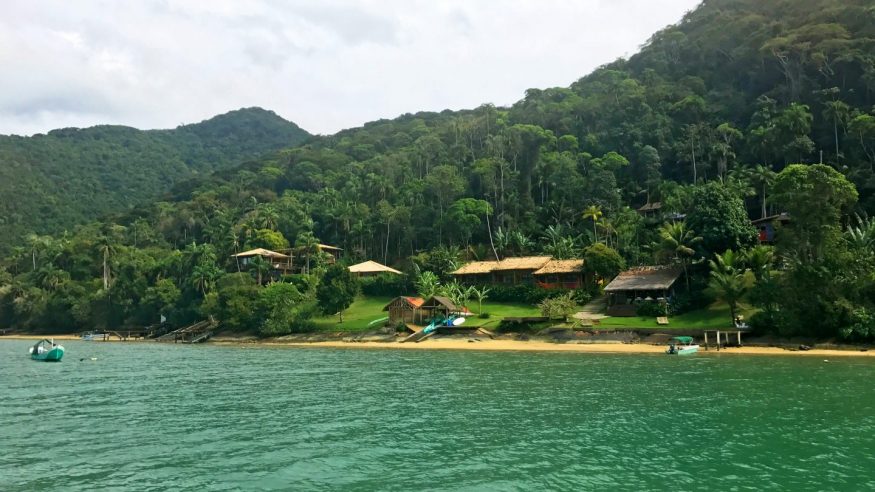 Paraty has something for every kind of traveler. Honeymooners, families with kids, those who want to immerse themselves in unique local culture, and those looking for a little more action, will all find this town to be an unexpected oasis within Brazil.