Arequipa is the second largest city in Peru and it’s also the country’s third most popular tourist destination, but it’s still overlooked on many itineraries. Even those who do include it in their plans often only overnight here on their way to the Colca Canyon. This is a great pity, because there are numerous Arequipa tourist attractions and it’s much less crazy than Lima and less touristy than Cusco.

To Arequipeños, however, their city is second to no one. Not only are its pinkish-white sillar (a local stone) buildings so beautiful that the only plausible explanation for their existence is that “when the moon separated from the earth it forgot to take the earth,” but its heroes are braver than other Peruvians, its food is tastier, and its writers are better. I cannot pass judgement on the first of these points, but I can confirm that I ate at some excellent restaurants in the city and that Mario Vargas Llosa hails from here. 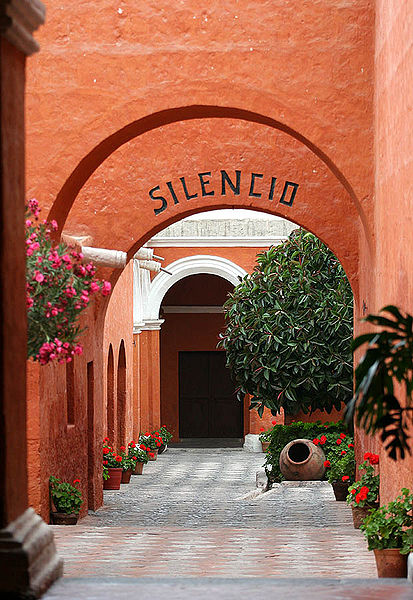 Local pride and bluster aside, there are few who will argue that the Monasterio Santa Catalina is not one of those rare museums that brings the past to life in glorious Technicolor. Built in 1580 by a rich widow as a luxurious convent for the daughters of Arequipa’s elite, its first three hundred years were characterised by hedonistic behaviour which was extremely unbecoming of nuns. This was all ironed out by the arrival of a strict Dominican mother superior, but the opulence of the buildings, courtyards and gardens has remained.

Occupying an entire city block, Santa Catalina is a city within a city: there really are streets, alleys, plazas, courtyards and orchards as well as the more conventional cloisters, chapels and prayer rooms. Incredibly, the public was not allowed access until 1970, when Santa Catalina’s secrets were finally exposed. They are now very much in the open, and a visit with your Vaya Adventures expert local guide is a fascinating experience.

Juanita the Ice Princess and the plaza de armas

As with all Latin American cities, the heart and soul of Arequipa can be found in its plaza. As plazas go the plaza de armas is particularly grand, flanked as it is by an utterly enormous shimmering cathedral, and it’s also an excellent place to people watch. 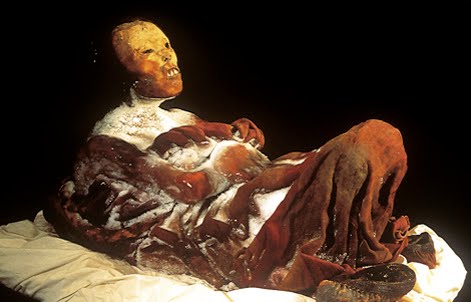 One of the main Arequipa tourist attractions is ‘Juanita, the ice Princess’ – the Inca girl who was sacrificed on a 20 000 ft peak 500 years ago and has been preserved by ice ever since. For the Incas, all mountains were guarded by spirits, known as huaycos, which could only be appeased by sacrifices. This is a belief still held by most Andean people, and it is a theme explored in Vargas Llosa’s haunting novel Death in the Andes: a must read for anyone planning to visit the area. Juanita is on display (May – December) in the excellent Museo Santury, which also takes a wider look at Inca burial practices and beliefs.

Well worth a visit

Central Arequipa is a beautifully preserved colonial city with some fascinating sights and an impressive backdrop of 6000 m peaks. It’s also a bustling commercial centre, and the quotidian frenzy of its populace adds greatly to its charm. It may be a base from which to explore the majestic Colca Canyon, but there are also many bona fide Arequipa tourist attractions well worth exploring.