Recap of Part I: At the end of August 2016, I set out with my wife Carly and our three young kids for a journey through South America.

Well, the trip actually happened. It ended up being shorter than originally planned for reasons I’ll explain, but long story short: it was exhilarating, exhausting, eye opening, challenging, and awesome, sometimes all at the same time. We explored 5 countries: Brazil, Argentina, Uruguay, Peru and Colombia. 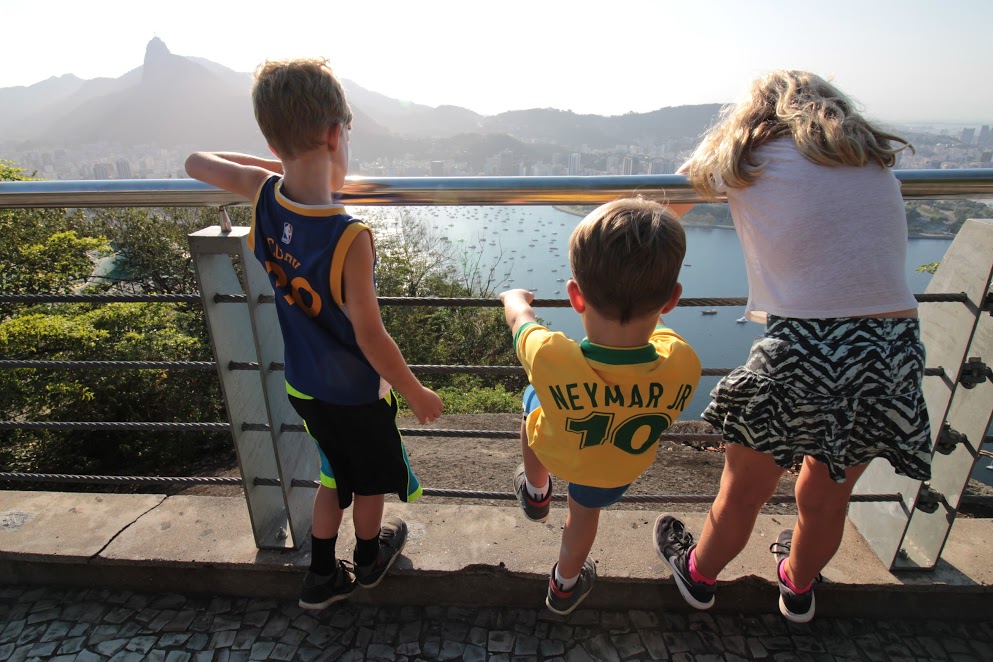 The kids looking out over Rio

The trip started off with 4 weeks in Rio de Janeiro, in an apartment smack in the middle of Ipanema. Rio is extraordinary in many ways, and a big plus during our time there was that we were able to see some of the Paralympics. (Remember all that bad press about Rio leading up to the Olympic games? It was highly exaggerated, as I knew it would be from prior visits!) We also had time to fly down to Iguazu to see the magnificent falls in the middle of our stay in Rio. 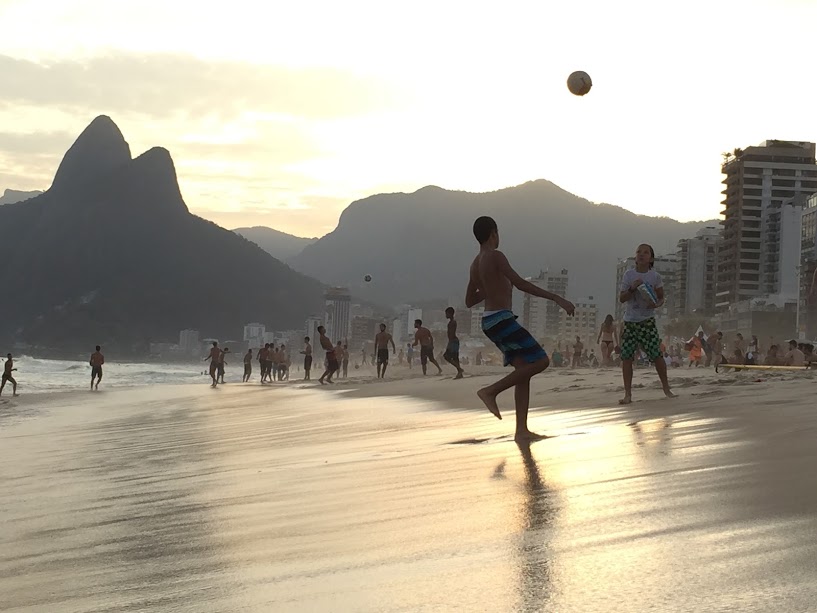 Foot-volley on the beach in Rio

For two weeks after Rio we explored the Pantanal and Bonito, spectacular wildlife and wilderness areas that were two of the natural highlights of the entire trip. We also spent several days in the São Paulo region with Vaya’s local Brazil partner, who generously invited our entire family to stay with him and his family in their home. We hiked and explored and our kids all became friends. 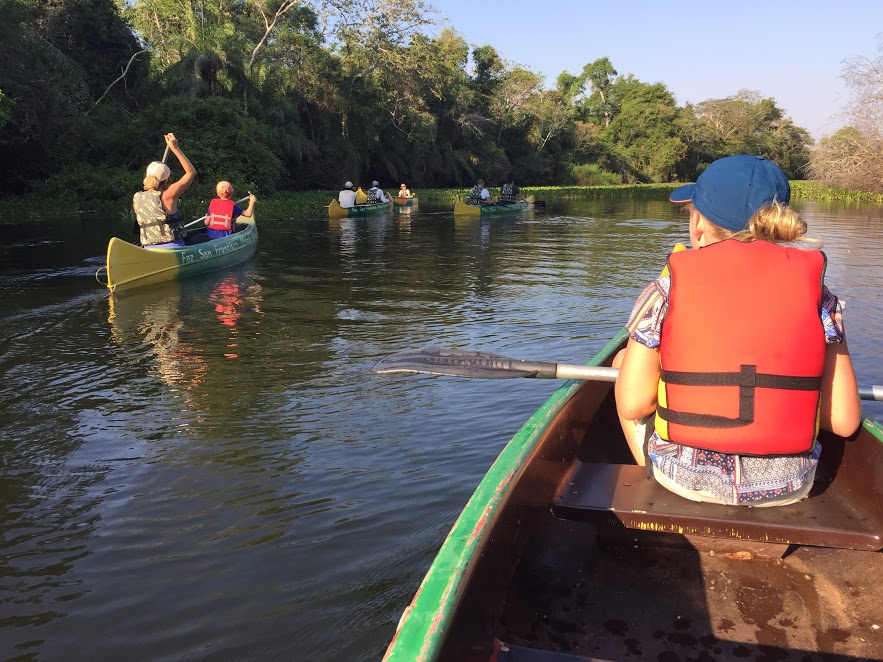 A canoe trip through the Pantanal

Then we headed to Buenos Aires for a month, where a major high point for the boys (Sean and Colin, ages 7 and 4 at the time) was enrolling in the Claudio Marangoni Soccer Academy, a youth soccer school founded by a former member of the Argentine national team. We’d love to think the boys learned a few of the things that make Argentina a world soccer powerhouse, and when you see how well the local 7-year-olds play, it makes more sense how they end up with Maradona, Messi, etc. Not to be outdone by his Argentine peers, Sean on one occasion brought home the Golden Ball, a plastic trophy given out to the player who had the strongest performance and effort on that day (a major proud parent moment, I can’t deny it!). 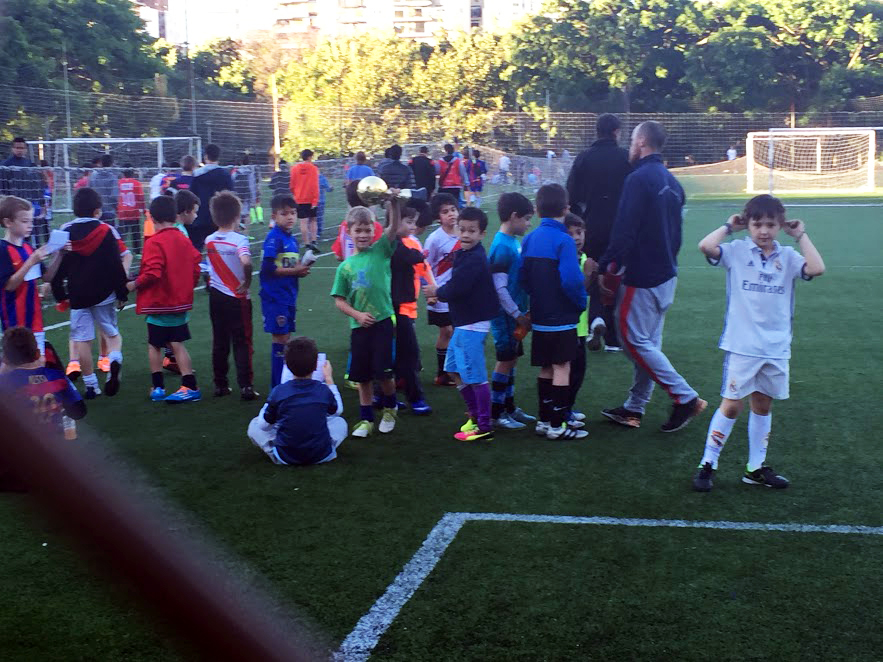 A couple weeks into our stay in Buenos Aires, two things became apparent that made us decide to change our 10-month trip into a 5-month trip: 1) it was very difficult to get as much work done as I needed to while traveling; and (this is a related point) 2) homeschooling three kids of all different ages is a tremendous challenge. We figured that if we cut the trip to 5 months, we could view it more like a semi-sabbatical from work, and we wouldn’t have to worry about the kids: they’d be fine missing just a few months of school. With that decision made, we continued on our way, ready to make the absolute most of the rest of our travel time. In Argentina we spent some great time with Vaya’s local partners and friends, including seeing a game together at the Bombonera, one of the greatest and liveliest soccer stadiums in the world and home to the legendary local team Boca Juniors.

Then we were on to Uruguay, where we had planned to spend 6 weeks. When we arrived in the Punta del Este region, however, we discovered that the low season is very, very quiet. While undoubtedly a beautiful beach destination, Punta del Este and nearby towns didn’t seem like they would be all that interesting as a place to spend several weeks. So instead of settling down, we rented a car and took a road trip up the coast for one week. Along the way we celebrated Thanksgiving at a very cozy restaurant with a giant firepit in the middle, in the seaside town of Jose Ignacio. (Italian food for Thanksgiving… muy rico!) We also spent a few days in Montevideo, where it was personally very rewarding to see the famous Teatro Solis, where my grandfather conducted the National Symphony Orchestra of the United States in the 1950s and ‘60s. (As conductor of the NSO he took the orchestra on several concert tours around Latin America, with a considerable amount of time spent in Montevideo.) 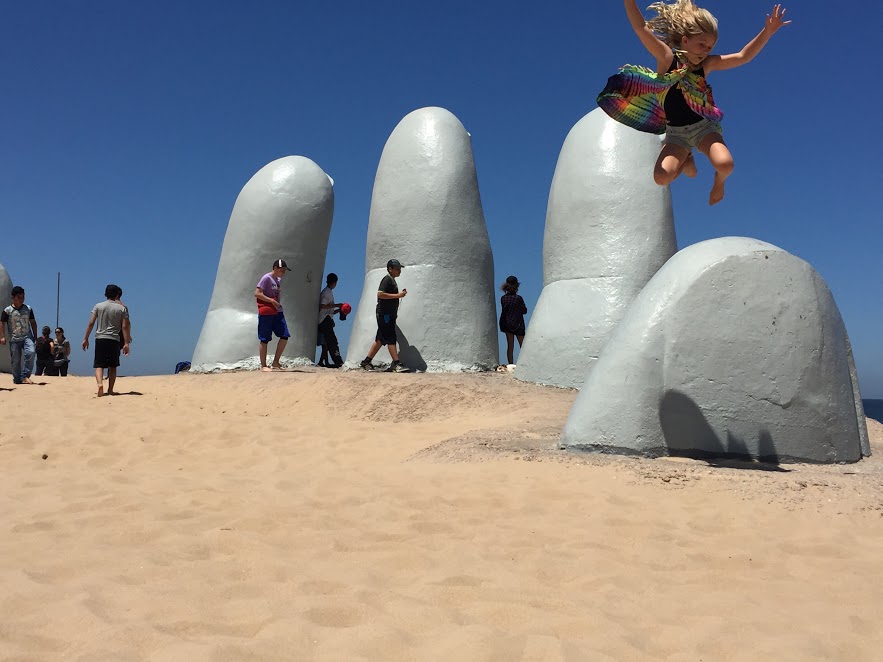 After leaving Uruguay, we headed to Peru, where we rented a house for a month in the village of Huayocarri, right in the heart of the Sacred Valley of the Incas between Cusco and Machu Picchu. Despite some challenges thrown our way (scorpions in our house; a bout of giardia for mom and Cecelia), we had a great time. The Sacred Valley is truly a spectacular and special place, a river valley surrounded by glaciated peaks, with Incan ruins and traditional villages dotting the landscape, agricultural terracing and ancient ways of life everywhere you look. Most of the people living in the area are indigenous and speak Quechua as their first language. We got to spend some great times with Vaya’s local partners and friends in the Cusco region, hiking, exploring, celebrating Colin’s 5th birthday as well as Christmas and New Year’s, and improving our bridge game. (OK, truth be told, we all learned to play bridge on this trip.  The 9- and 7-year-olds quickly became the best players; not sure how they do it but they remember all the cards that have been played!)  And of course, we went to Machu Picchu, and even got the kids to do a hike (they would call it a “forced march”) up to the Sun Gate. 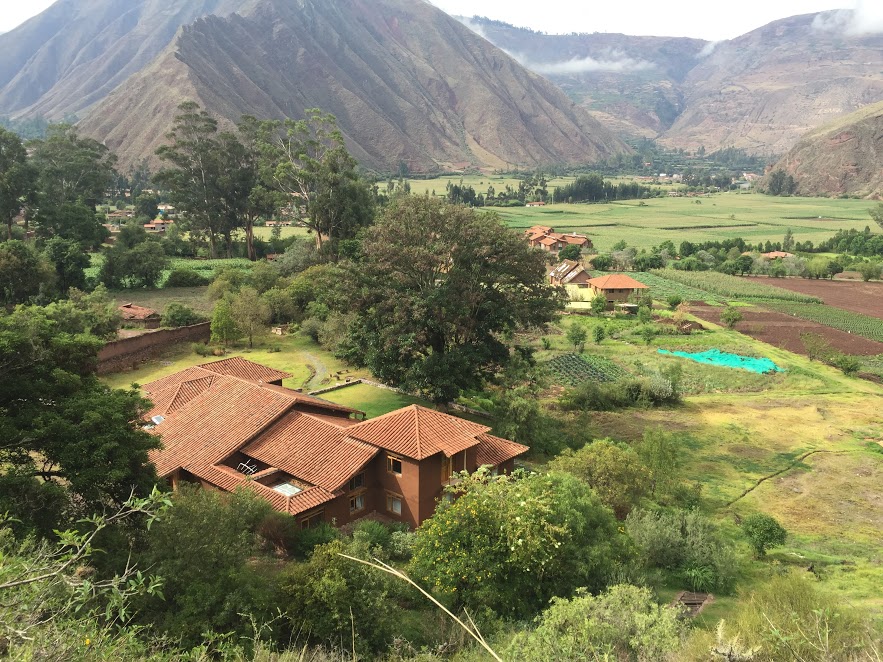 The Amazon was next, and while I tried to prepare my family by telling them that every trip to the Amazon involves at least some amount of suffering (heat, bugs, etc.), it probably wasn’t necessary to manage their expectations. The kids loved it and didn’t want to leave. We stayed at Refugio Amazonas, a great lodge for families, with lots of activities and excellent guides. The rooms in the lodge are open on one side to the jungle (no wall), and you sleep with mosquito netting. There were countless other species of bugs, and some of us were apparently more appealing to them than others (Cecelia was unfortunately a bug magnet). The kids loved our guide Fernando, and it was sad to say goodbye to him when we left. 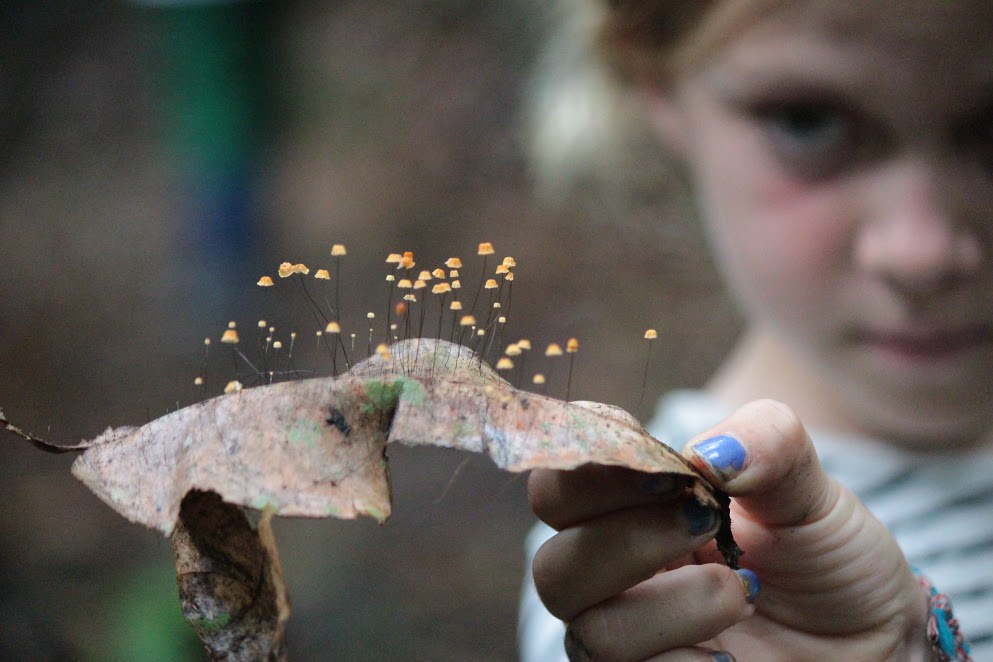 Checking out new species in the Amazon

After the jungle it was back to civilization: We ate some great food in Lima (actually, we had great food everywhere we went in Peru), before flying north to Colombia. We started in Bogota, where we took the funicular up to Monserrate and the cable car back down, and also took a graffiti tour. The highlight of Colombia was the coffee country, where we spent some fantastic days with Alex, our outstanding guide and a former professional soccer player. On our visit to a coffee farm the kids got to try coffee for the first time, and Colin, at age 5, was the one who liked it the most. We had a stay at the Hacienda Bambusa, an idyllic property in the Armenia region, with wonderful hosts, service and food. 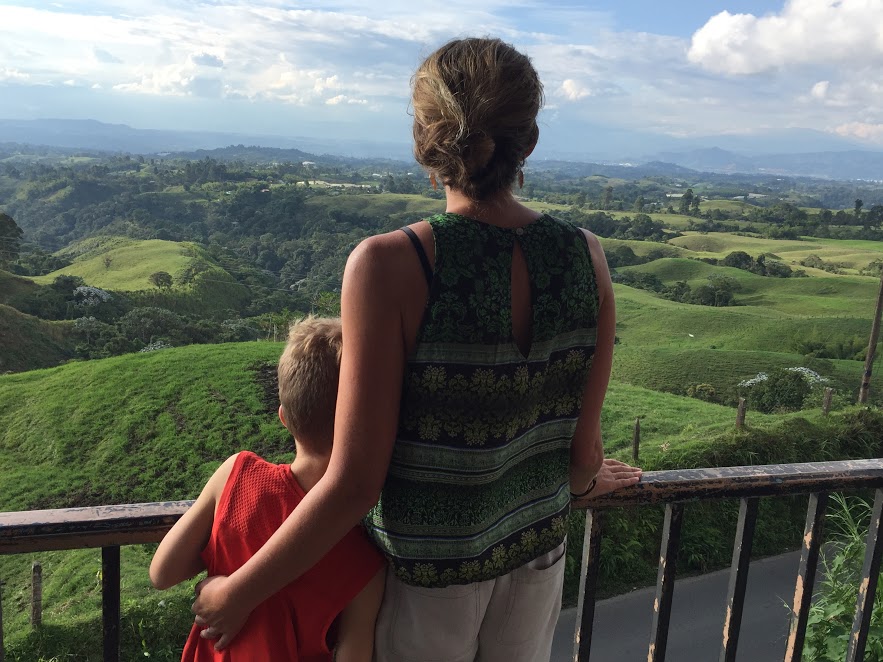 The view over coffee country

The last week of the trip was in Cartagena, where we got to spend some time on the beach and imagine what it was like when Francis Drake and other pirates sacked the city over the centuries. We also had the truly surreal experience of going in the “mud volcano” outside the city… it’s hard to describe, but you can see it in the pictures! Not sure we’ll be pushing our clients to do this one, but with the kids it was fun. 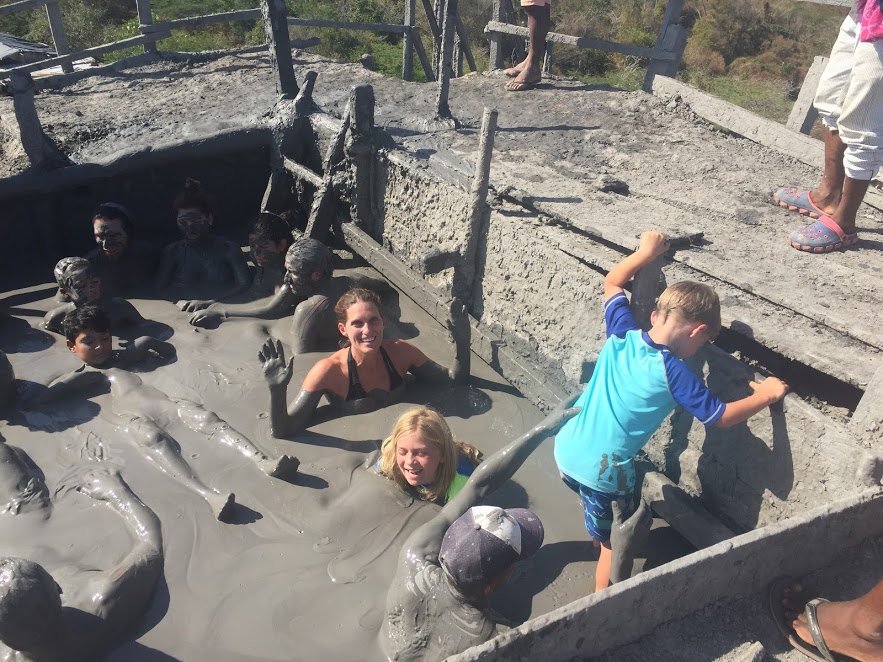 Our last night, we sat on the edge of the ancient walled city, watched the sun set, drank mojitos, and thought about the prior 5 months of adventures and how grateful we were for the chance to take a trip like this one. 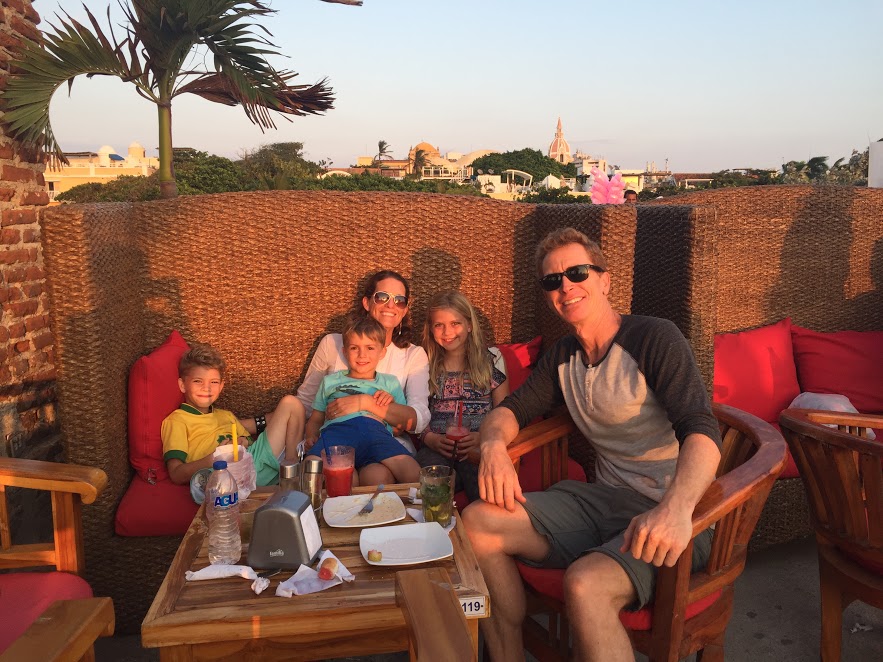 Finishing the trip in Cartagena

The pictures do it more justice than I can in words, and here are some of the highlights at the following link (okay, more than a few, but you can skim): Trip Photos. Please note the obvious: these pics leave out the various and sundry moments of total exhaustion, kids bickering and needing space, the weeklong battle with giardia and visits to medical clinics, the scorpions in our house in Peru, the mosquito invasion that left dozens of bites on each kid after our first night in Uruguay, the battles over homeschooling, the frowns upon trying to get the kids motivated to do “another hike” to see “another set of ruins”… you get the idea. Photos of some of that would give a more realistic account of the entire experience. But in the end, highlights and lowlights and everything in between, it was an amazing aventura to have shared as a family. 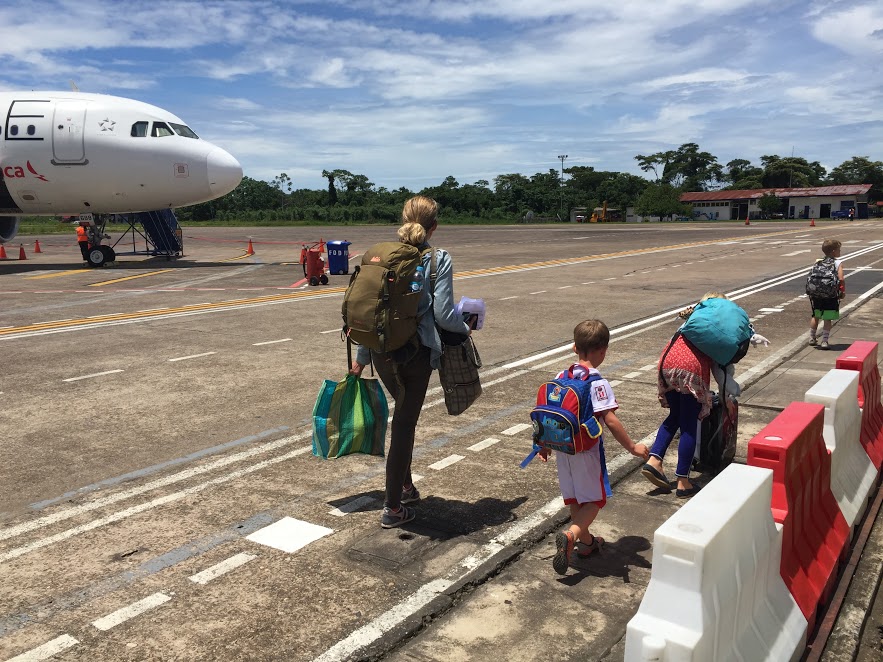