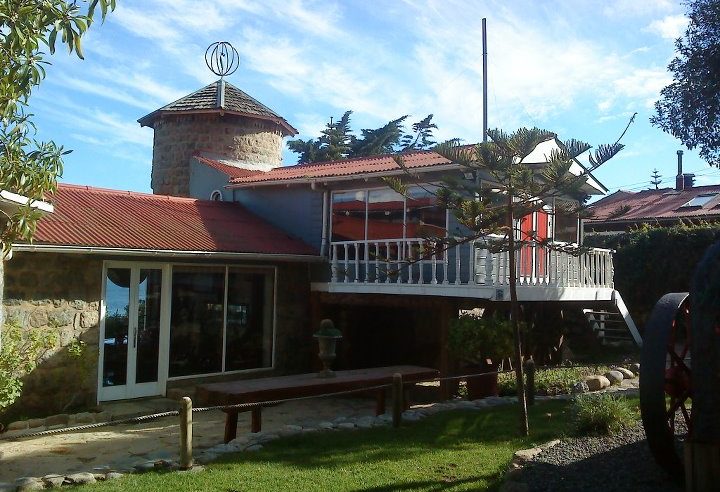 I recently had the opportunity to visit La Casa de Isla Negra, the seaside home of Chilean Nobel Prize-winning poet Pablo Neruda. It is said to have been his favorite of the three houses he occupied in Chile, and the one where he spent the most time – and it’s easy to see why. The spectacular location, on a cliff overlooking the Pacific Ocean, is enough to impress anyone, but the house itself is the true attraction. It’s rare to find a home that so openly reflects the soul of its owner, as this one does: The house is eccentric, eclectic, incredibly personal and utterly charming.

Neruda, a voracious collector, unabashedly designed the home for his own whimsical enjoyment and filled it with the things that brought him pleasure: ship figureheads, insects under glass, seashells, bottles, antique shoes, musical instruments, smoking pipes, and more. The house isn’t a cluttered hoarder’s lair, however: the collections are meticulously curated and carefully displayed in a way that shows the collector’s true enjoyment in them. 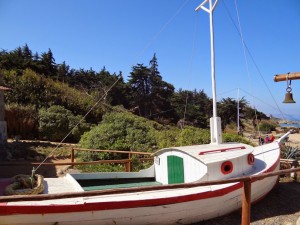 The architecture of the house is wonderfully unique as well. The house rambles along the seaside cliff, one room to the next, and each room with its own distinct style and personality. Neruda had a deep fascination with the sea, but also a strong tendency to seasickness that kept him from actually entering it. Accordingly, he designed the house with a nautical theme, including low ceilings, wooden floors, and narrow passageways that give one the feeling of actually being on a ship. He also installed a small wooden boat in the garden, where he would sit to have a drink with friends. (The poet is quoted as saying that with a few drinks, he could get off of the boat feeling dizzy without ever having been on the ocean.)

Entry to the house, converted into a museum by the Pablo Neruda Foundation, includes an audio tour in the form of a small cellphone-like device, available in English and Spanish. The tour is divided into 16 parts that correspond to various rooms and spaces, allowing visitors to navigate the house at their own pace, learning the story of each room and its collections.

The last stop on the tour is on the hill outside, where Neruda and his third wife Matilda are buried, their shared grave facing out to sea.  An outspoken socialist and friend of former Chilean president Salvador Allende, Neruda died just 12 days after the violent coup in which Allende’s government was overthrown, and was originally buried in Santiago’s Cementerio General.  In 1992, shortly after Chile’s return to democracy and nearly twenty years after his death, Neruda’s remains were moved to his beloved Isla Negra in accordance with the wish he expressed in his poem Disposiciones:

Companions, bury me in Isla Negra,
in front of the sea I know, of every rugged area
of stones and of waves that my lost eyes
will not return to see.

Isla Negra can be visited in a day trip from Santiago, or combined with visits to the coastal city of Valparaiso and surrounding wineries. If you’re interested in visiting this beautiful and unique property, take a look at some of our Chile itineraries and give us a call to plan your trip.