The following article I wrote on environmental conservation in Chile was published by the International Ecotourism Society last month.

As home to both one of the fastest growing, most developed economies in South America, and also some of the most beautiful landscapes and pristine, untouched nature in the world, Chile finds itself in a delicate balance between the drive towards continued development, and a critical need for the conservation of the natural beauty that makes it such an amazing place to visit and explore. Environmental conservation efforts are currently being undertaken throughout Chile, not only by the Chilean government but also by concerned individual citizens, grassroots organizations, international nonprofits and organizations promoting sustainable growth and environmentally responsible tourism. With some of the planet’s wildest rivers running through Chilean Patagonia, thousands of miles of precious Pacific coastline, delicate desert ecosystems, and scores of endangered species in threatened natural habitats, there are plenty of opportunities for meaningful conservation work in this unique sliver of South America, and there is much at stake. 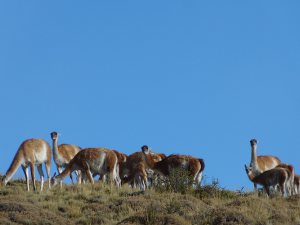 The government of Chile has designated about 20% of the country’s total area as protected, including 35 national parks, 49 national reserves and 16 natural monuments.

The national parks, such as Torres del Paine National Park in the Patagonia region, are large areas of biologically diverse natural environments that have experienced minimal alteration by human development.

The national reserves, such as Los Flamencos National Reserve in the northern Atacama Desert, are protected areas where special care is taken to conserve natural resources for local communities, and also to protect threatened and endangered species. The government intervenes in such reserves to protect water and soil resources for the local populations, and employs individuals from the local communities to serve as the stewards of the reserves’ natural habitats.

Finally, national monuments are smaller areas, designated as protected due to the presence of native species or geological sites that are deemed to have cultural, scenic or scientific value. For example, the Islotes de Puñihuil National Monument, off the northeast coast of the island of Chiloe, is a national monument because it is home to two of the 10 species of penguins that can be found in Chile. Visitors can observe Magallanes and Hubolt penguins, without disturbing their natural nesting grounds.

The World Wildlife Fund (WWF) focuses its southern cone conservation efforts on the beautiful ancient forests and waterways of southern Chile, designating the region as one of its 19 top priority areas on the planet. Their efforts include working with indigenous groups to prevent deforestation and develop sustainable use of Chile’s native forests. For example, in 2006 they helped found Chile’s first parks owned and operated by indigenous peoples, The Mapu Lahual Indigenous Parks, where visitors can hike over 60 miles of forest trails in Mapuche Huiliche indigenous communities.

The WWF is also currently working to establish a marine protected area in the Gulf of Corcovado, an area threatened by over-fishing and pollution, and to reshape salmon industry practices in order to protect the freshwater bodies of Southern Chile.

Other international conservation organizations, such as Greenpeace and the Nature Conservancy are also actively at work in Chile. Greenpeace’s efforts in Chile have focused on generating grassroots support for and government action on environmental causes, such as the ongoing struggle to prevent the construction of the controversial HydroAysen dam in Patagonia. They also pressure corporations in Chile to act environmentally responsibly, as with their opposition to the Alumysa aluminum plant in the same fragile region of Patagonia.

The Nature Conservancy has used different tactics to achieve their conservation goals in Chile, including the creation of Chile’s first land trust and the founding of El Boldo Park in Zapallar. The park, created with the help of local organization Parques para Chile (Parks for Chile), is made up of land donated by 22 private land owners and protects over 170 acres of threatened forest in Central Chile. Many other small, local conservation organizations operate in Chile, ranging from very specifically focused organizations such as Centro Ballena Azul (The Blue Whale Project), to broad reaching sustainable reform projects such as Chile Sustentable (Sustainable Chile). 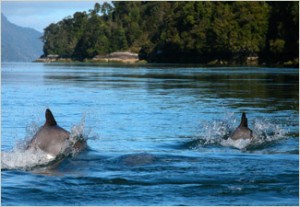 Perhaps the most impressive individual conservation effort in Chile is that of Douglas Tompkins, the founder of The North Face and Espirit, who left the business world and moved to Chile, where he put his belief in the philosophy of Deep Ecology into practice, buying up tens of thousands of acres of land to protect it from possible exploitation. Between his Parque Pumalin, in Chile’s Lake District, and his wife Kristine Tompkins’ project, Conservacion Patagonica, the Tomkins have helped to conserve over 1.3 million acres of wilderness.

It is no surprise that concern for the environment is strongly prevalent in the consciousness of those who are fortunate enough to experience Chile, a country where the awe inspiring beauty of the Andes is never much further than a glance away.